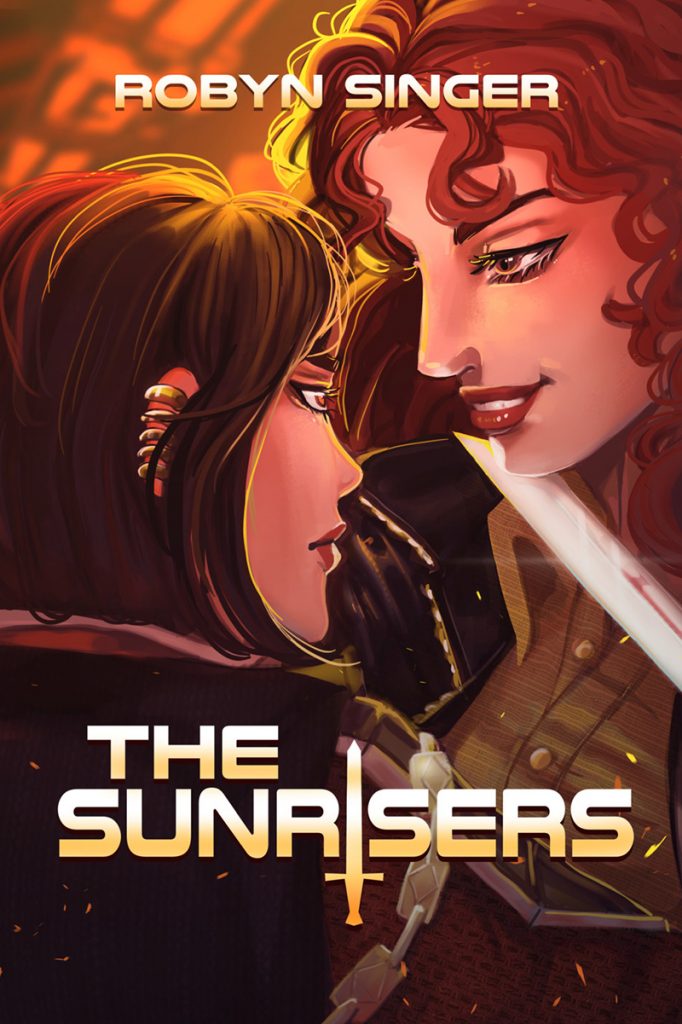 After years of adventures, professional thief and amateur noodle critic Yael is invited to join The Order of the Banshee, a collection of the greatest female thieves in the universe, despite being decades younger than any of them.  Yael’s childhood best friend, Molina, has lived the opposite life: a stern and serious member of The Sunrisers, the universe’s premiere peacekeeping organization, she’s just been promoted to Captain, serving under her father. Her first assignment of her new command: Bring down The Order of the Banshee.  Yael and Molina now find themselves on opposite sides of a conflict neither of them will escape unscathed. The love they have for each other is the same as when they were young, but either their personal values or their love will break.  In this game of cat and mouse, both women must use all their wits and tricks to stay ahead of their new enemy. Will order triumph, or will chaos? No matter what, Yael and Molina will both lose.

Outside the cave, ground troops were being deployed, the sound of their combat boots stomping on the moon’s surface echoing. And inside the cave, eleven of the smartest and most dangerous women in the universe were staring daggers straight into my eyes.

“I knew we couldn’t trust a whippersnapper,” Athena York said.

“I have a granddaughter in the Sunrisers,” Lilith hummed. “If you tipped her off, I’ll at least respect you for going for the heart.”

I shook my head and swung my arms around, sweating from every pore. “I swear I didn’t call them. This is all just a big misunderstanding. You have my complete loyalty.”

Madame N’gwa cocked her head to the side and grinned. “You wanted to be a Sunriser when you were even more of a baby than you are now. Perhaps you made a deal to make your dream finally come true.”

A shocking pain surrounded my heart. Those Sunriser bastards had stolen all the trust I’d earned from my idols through years of deceit. Whichever captain was in charge of this operation was going to pay.

Lioness stepped forward, crushing her glass in her hand and sending small shards flying all over the place. “Thank you for sharing your story with me. But I don’t think we’ll be hearing anymore of them. Rather, I don’t think you’ll be living any more of them.”

What inspired you to write this book?
This story started when I was thinking of solid comps to use for the next book I’d write. Once I settled on “Killing Eve in Space”, I took inspiration from the discrimination I’ve faced as an Autistic woman and my desire to see Autistic heroes in fiction, and went from there.

What, if anything, did you learn when writing the book?
I learned a lot about late 19th and early 20th women’s fashion, as I based the clothing style of one of the planets featured in this book around it.

What surprised you the most in writing it?
The most surprising part of writing this book was that I completed the first draft in a month. I initially wrote this for Nanowrimo, and while I’d completed that challenge before, this book was, in its early stages, significantly longer than my previous work, and I intended to write the whole thing within the span of November. The hiccup came when my word doc got corrupted and I lost 10,000 words. To keep myself on schedule, I had to write from memory and get those 10K words back down in a single day.

What does the title mean?
The Sunrisers are the largest intergalactic peacekeeping organization in this setting. One of our two main characters, Molina Langstone, is a captain in the group, while our central protagonist, Yael Pavnick, was rejected by the organization as a teenager, and has since become a thief. It’s because of The Sunrisers that Yael and Molina stopped being friends, and ultimately become the enemies found in the book.

Were any of the characters inspired by real people? If so, do they know?
I based Yael a lot on myself. When it came to depicting her Autism and ADHD especially, I gave her many of my own symptoms

Do you consider the book to have a lesson or moral?
If you’re neurodivergent, it’s a part of you. It’s a part of who you are, and it’s a part of what makes you special. Never let anyone say it makes you lesser. Also, a more common message, but one still found here that’s important to me: Your real family is the one you choose.

What is your favorite part of the book?
The characters. The characters are my favorite part of everything I write, because I know that creating strong and unique characters and having them bounce off each other is what I’m best at. From the goofball genius thief Yael, to the stern and serious soldier Molina, to P’Ken, the shy and awkward daughter of a finishing school headmistress who wants to be a thief like Yael, I love every character in this book.

Which character was most challenging to create? Why?
The most challenging character to create was Molina. She’s one of the two POV characters, but, as said above, she’s a stern and serious soldier, and so not as instantly lovable as the bouncy, one-of-a-kind Yael. With Molina, I had to really dig into her psyche so as to guarantee readers would be able to empathize with her, and come to appreciate her.

What are your immediate future plans?
I’m currently writing the second arc of my ongoing comic book series, Final Gamble. Published by Band of Bards, it’s a thriller inspired by the works of Noboyuki Fukumoto, as well as horror films such as Hostel. It follows gambling addict Danny Lin and disgraced MMA fighter Jasmeet Khanna as they’re plunged into a Hell controlled by society’s elites, with dangerous games of chance serving as their only path to freedom. I’m also working on launching a fashion brand, which I have big plans for, but I can’t give any details here. 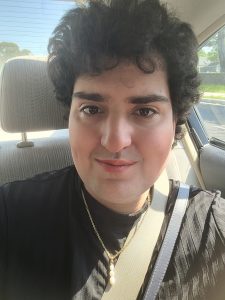 Robyn Singer is a lifelong New Yorker, and since she was a kid playing with her action figures, all she’s wanted to do is tell stories. She went to SUNY Purchase to get a degree in Playwriting & Screenwriting with a minor in Film and has produced several comic books, but she’s always had her eye on becoming a published novelist.

As an Autistic, bisexual trans woman, diversity and inclusion in stories are vitally important to her, and she seeks to represent as many groups as possible in her work. While she wants to show characters of marginalized groups experiencing joy, she also draws inspiration from real-world problems which bother her.

The Sunrisers (Cinnabar Moth Publishing, November 2022) is her debut novel. She writes novels and short stories of all genres and for all ages, and she continues to produce comic books. Her ongoing series, Final Gamble, will begin publication by Band of Bards in 2022.

Robyn Singer will be awarding a $10 Amazon or Barnes and Noble GC to a randomly drawn winner via rafflecopter during the tour.

Enter to win a $10 Amazon/BN GC – a Rafflecopter giveaway