I am thrilled to be hosting a spot on the THE PRINCE by Antony Soehner Blog Tour hosted by Rockstar Book Tours. Check out my post and make sure  to enter the giveaway! 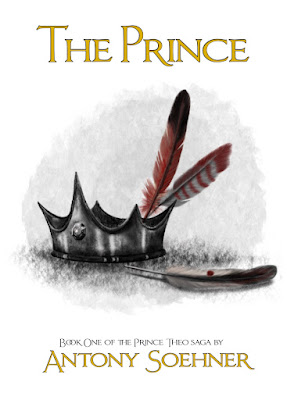 The prince started to crawl to his feet but something grabbed him by the ankle. He fought and struggled against the binding but it overpowered him. Theo was dragged through the dirt and left at the feet of the wandering third figure.
Panicking, Theo slashed with the saber still in his hand. The being shot their hand out and caught the silvery blade in their palm.
A flame roared nearby, illuminating the figure. Theo saw a man with ash-grey skin and long white hair beneath a dark cloak. He wore a black mask that covered the top half of his face revealing only his eyes and mouth.
The man knelt down next to Theo and reached into the breast of his cloak. He slowly produced a thin, smooth, black wand and pressed one end forcefully underneath the prince’s chin.
“Here’s the deal, Your Highness,” the man’s icy, emotionless words sent goosebumps down Theo’s back, “you’re going to come with me. I will bring you back to your father and we will act like none of this ever happened.” He twisted the end of the wand with the tips of his fingers and it pinched the skin on Theo’s chin. “If—” the man emphasized, “you give me any difficulty, I will paralyze you with a bolt of lightning through your brain, leaving you barely alive.” He pressed the wand further into the prince’s jaw.
The man looked away from Theo and over to the three slowly moving bodies trying to get back up. An evil grin crawled beneath his mask and he carefully pulled the wand off Theo’s chin. Pinching it between his thumb and first two fingers, he pointed it at Ta’goda.
“I’m going to let you ponder my instructions,” the man said greasily, dropping the saber’s blade. “I have more orders to fulfill.”
With a flick of his wrist, a bolt of white lightning exploded from the end of the wand and struck Ta’goda’s shoulder.
It sent the chief, a towering orc of muscle, flying through the burnt husks of homes he once protected.
“I hope you don’t mind, Your Highness,” the man jabbed, “it’s just business.” 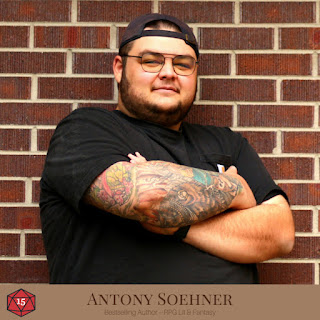 1 winner will receive an eBook of THE PRINCE & a $10 Amazon GC, International.