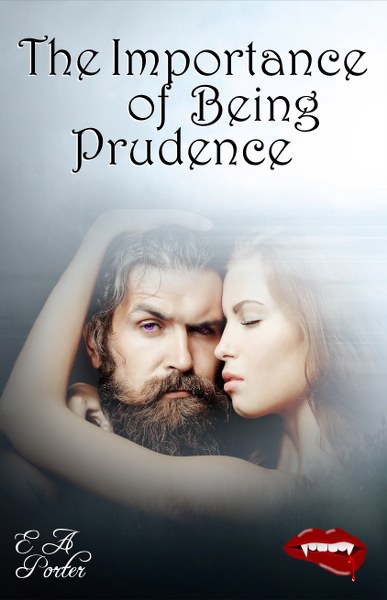 The Importance of Being Prudence

Massachusetts. It pops up in the history books every now and then. You know, Salem, Witches, and all that. Funny how there aren’t any Salem vampires mentioned. If there were, Prudence McDaniel might not have been so shocked when several particularly fine-looking members of the species decide to visit her New Age store, the Celtic Moon. Come to think of it, Greece’s history doesn’t mention much about vampires either, but that’s where Prudence ultimately ends up, after being abruptly turned and then almost simultaneously declared the savior of the disappearing race. Wildly sexy men and fabulous castles aside, Prudence isn’t so sure she wants to carry the burden of an entire people on her shoulders, but it seems she doesn’t have much of a choice. The heavy load is eased by the ultra-hot vampires who introduce her to the new world she now inhabits and all the pleasures of an undead lifestyle. Unfortunately, as soon as she becomes attached to almost-immortality, her own life suddenly hangs in the balance. It will take every inch of Prudence’s stubborn streak to pull her through. And even if she does survive, it might be at the expense of the man she has fallen for, fangs-over-heels. Can anything be worth that?

I was pulled from my thoughts by the little bells that hung from my entrance door; those beautiful, lyrical bells.
“Pru, just look at him, sweetie. That right there is a perfect example of a sexy man. Now get your overworked, under-loved ass over there and ask if you can help him. If not for you, then do it for me. Eye candy is eye candy, after all,” Joshua whined as he leaned into me with much enthusiasm.
My best friend was a handsome man. He was a little taller than me and worked out obsessively (when there wasn’t a new man in his life). So he was compact but muscular. He had a head of tight brown ringlets that were various pastel colors at the end. His eyes changed colors as often as he changed contacts. He wasn’t a clothes horse, but his wardrobe was fabulous.
After rolling my eyes, I took a longer look at the man Joshua was gushing about. Before focusing on our latest customer, I believed that my best friend was acting a tad overdramatic.
The man in question was tall, dark, and sexy. He wore his hair in a ponytail. His face was sculptured and strong. I had to admit the man was swoon-inducing, but in my line of work, I ran into handsome men quite often. That was one of the added bonuses I really enjoyed; okay, maybe over-enjoyed. Be that as it may, I quickly learned that handsome did not necessarily mean dateable. And yet, there I stood, hoping he would be different while doubting the possibility in the same thought.

“Pru! Sweet tater! Are you paying attention?! If I thought for a second that Mr. Sex-on-a-stick was gay, I would knock a bitch down getting to him,” he purred into my ear.
“Stop it,” I demanded lightly as I pushed him away.
As soon as my hands made contact with his chest, he fell in an ungraceful heap to the floor. My completely understandable, mortified expression only garnered a sly smile from my friend. “Bet that’ll get his attention.”
“Joshua, I swear to the Gods ….”
Before I could finish what was quickly becoming a tirade, I was interrupted by the aforementioned sex-oozing man. He even smelled good. No, good was not an adequate word. He smelled like the forest on a brisk day. It was brilliant.

“Is there anything I can do to be of help?” the sex-oozing man asked as he neared my downed friend.
His voice was mesmerizing. It was deep and a bit raspy. I could hear a faint accent but had no idea where to place it. And I found myself fighting to quell the goosebumps that threatened to break out all over my body.
Watching Joshua’s reactions to the man’s closeness forced me to shift my position so that I could enjoy the view. Even if he turned out to be the kind of wildly sexy man you couldn’t date, I had to take the opportunity to look at him up close and personal. I quit trying to help my fallen friend and turned slowly to take the interruption in.
For the first time in my life, I was struck speechless, literally speechless. Open mouth, no words coming out – speechless. I desperately wanted to say anything but my brain seemed to have shut down. He smiled a smile that literally made my knees buckle.
“Good God, Prudence, get ahold of yourself,” the annoying internal voice that always tried valiantly not to make me look like an idiot, screamed.
My inner voice could form words but not me. At least I didn’t say that out loud. What was taking place at that very moment was enough embarrassment for a while.
Realizing that I wasn’t able to speak, I quickly turned back to Joshua, who was still resting on the floor, the helplessness in my face glowing.
“You will have to forgive our Ms. Pru. She sometimes has trouble making big people words,” Joshua explained as he stood up and extended his hand to the only customer in the store who was getting any attention.
Mr. Ubersexy smiled at Joshua’s comment but watched me with the kind of interest that made me feel both a little turned on and a little nervous. Luckily, I could always count on Joshua to break through the awkwardness of any given situation.
“Pru, honey, we have other customers. Are you all right now?” Joshua asked, putting his arms around me protectively.
I thought for a moment that he might be getting the same vibes from the new customer as me and then realized he was just using me to get closer to the mysterious man.
“Yes, I’m good now, thank you. Must of had a frog in my throat,” I managed to speak finally.
In answering my overdramatic friend, I sent him a “don’t say a word” look. Even though I was fully aware that what I was asking was bordering on more than my best friend could promise.
“Holler if you need any little thing. Oh, and I really hope we see you in the store again,” Joshua sang as he made a speedy exit.
“Sorry. He gets a little overexcited sometimes,” I said apologetically.
“No. It is quite all right. My name is Marcus,” he said, extending his hand to me. 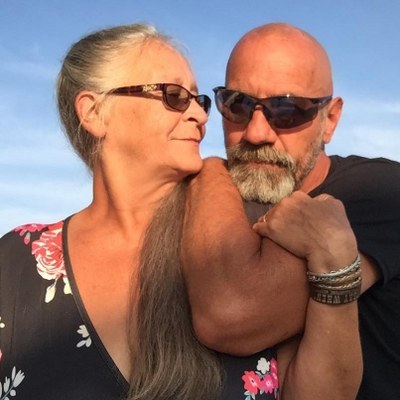 Elizabeth Anne Porter was born in Ruislip, in the London borough of Hillingdon. She currently lives in Oklahoma with her pedantic husband and two literary cats.

2 Replies to “Spotlight & Excerpt: The Importance of Being Prudence + Giveaway”