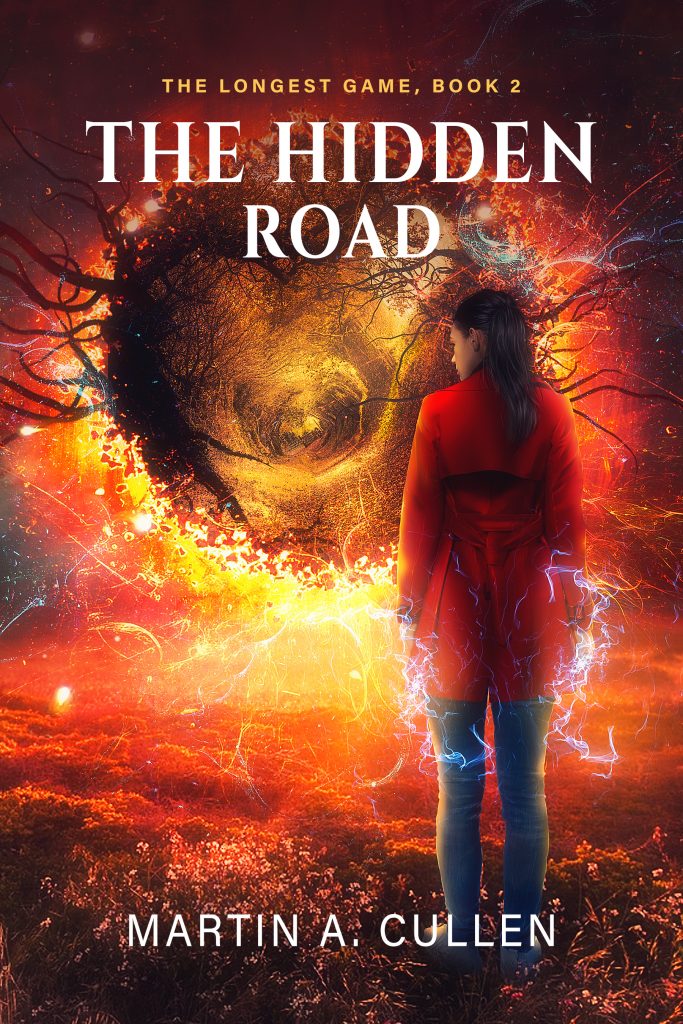 Inara fought for and nearly died for her freedom. But she won a chance at a normal life. Turns out, she hates it. She yearns to move. To do…something.

Then a call from her friend Yukie shakes Inara into action. Turns out Lee is trapped in a magic hardened prison and Yukie needs Inara to break him out.

Inara jumps at the challenge of a prison break. The thrill of her old life sets her heart racing. Unbeknownst to her, this decision sets her on a collision course with her old nemesis, Cyrus.

Can a ballet company of werewolves help? Or can a crippled thief provide the aid Inara needs?

Inara can only hope her luck holds out or she may find herself in a cell next to Lee.

Viggo stopped cold with a forkful of eggs halfway in his mouth. He turned his perfect face left, then right. His chiselled features wrinkled in confusion.
A rundown diner surrounded him: faded linoleum floor, cracked countertop. The overhead lights flickered to life as the sunset outside.
Thomas sat across from him seeming lost in the corridors of his own mind, his dark hair a mess. His brown suit was stained and in disarray. More grey speckled in his hair than Viggo recalled him having. Goosebumps rippled over Viggo’s alabaster skin.
Where am I? This isn’t right.
Movement caught Viggo’s eye and he saw a messy bun bobbing over the counter. An older waitress in a yellow uniform stood up and nodded at him from behind the counter.
“More coffee, hon?”
Viggo had trouble registering her words. His hands trembled as his berserker rage began to build. “No. Tell me. What the fuck is—”

…Viggo found himself flying down a highway uncertain of how he got there. The sun-fried and cracked leather on the seats scratched his back.
The light streaming through the windshield heated the leather making the seat even more uncomfortable as it sizzled against his skin. He stabbed at the air conditioner to no avail. The damn thing didn’t work.

The stale odour of old beer assailed his senses. The air vibrated with a rhythmic thumping making his body shake. The pounding beat came from the radio blasting, “The Way You Move.” He jabbed the power button with his finger bringing an end to the assault on his ears. Thomas sat beside him snoring. Viggo searched for a sign to tell him where he was. He saw one-off in the distance and squinted. “Let’s see wh…”

…A piercing stab of pain in his stubbled head made him jerk the wheel.
The tires screeched in protest. He slammed on the breaks causing the vehicle to swerve back and forth. The metal machine slid so easy there might as well have been ice on the concrete. Gritting his teeth, he regained control and pulled the car over.
Where am I? How’d I get into this car?
His arms shook. Sweat soaked through his My Little Pony Fluttershy t-shirt. He had to peel his hands off the wheel now twisted into a half-formed pretzel by his strength. Breaths came in ragged gulps while his heartbeat so fast the muscle wanted to explode.
Several minutes passed before he was able to calm himself. Viggo turned to Thomas who was still passed out in the passenger seat. His boss’s chest raised and lowered with steady breathing. He shook his boss but Thomas didn’t wake. Viggo dropped his head back letting out a long breath before righting himself and stepping out of the car.
The black of night greeted him. Cool air licked his face. A highway ran in both directions. The thicket of pine trees on either side of the road seemed to close in around him. No moon. Creatures of the dark buzzed and groaned. The sacred symphony of the nighttime.
Damn, my head hurts. Where are we? Why can’t I remember?
He turned back to inspect the car. The rusted out, beat-up car appeared to be a Camaro.

Author Bio:
Martin Cullen has been a musician, bouncer, infantryman, and worked in museums. He immigrated from Ireland at a young age (sorry no accent), walked the storage rooms of the American History Museum, worked backstage for a magician, drank more than he should, and sang more than most folks would have liked. Now he brings some stories into the world for your enjoyment.

One Reply to “Book Blitz: The Hidden Road, by Martin A. Cullen”