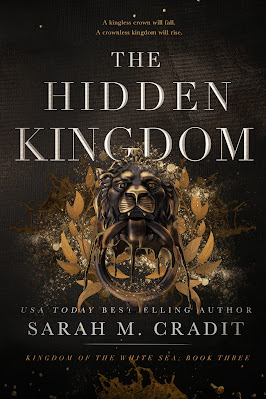 The perilous and provocative world of Kingdom of the White Sea, by USA Today bestselling fantasy author Sarah M. Cradit, comes to a startling conclusion in The Hidden Kingdom.

A kingless crown will fall. A crownless kingdom will rise.

It all began with a desperate demand from a broken crown. Four brides. Four Reaches. Unquestionable and absolute fealty from the mothers and fathers who were given no choice but to comply. A startling sequence of events followed, with stunning repercussions that reached across the entire realm.

Now, the king is dead. The would-be brides have forged their own destinies—some for the better, others for worse. Not all who started this dance will finish it. Those left will wear the lingering scars with a mix of pride and remorse.

From his stolen throne, Oldwin rules with a hand that grows shakier by the hour, as his once unparalleled magic dwindles. His grasp on power is reliant upon his truths remaining hidden by the shadows, just beyond the reach of the fraught kingdom.

But Oldwin is not the only powerful sorcerer in the kingdom. There are others who would see the terrible circle of their traitorous past come to a decisive end. Their
moonlight maneuvering saved the life of Dain Rhiagain, and from his line the last sprig of hope remains: a chance to save the kingdom… to save all the worlds.

Dain’s three children, each raised in obliviousness, must now prepare to confront the staggering truth of why they were born, and what they must now do, if the kingdom is to survive the final days ahead.

But theirs is not the only sacrifice required. The dying words of an old man will stir one man and his Reach toward a new destiny, one that will decide the fate of all the worlds…

The Kingless Crown | The Broken Realm | The Hidden Kingdom 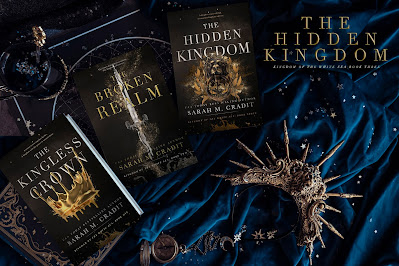 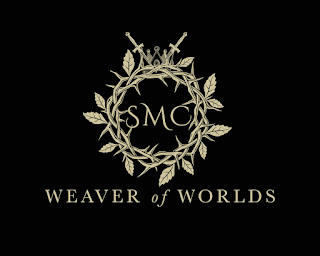 Sarah is the USA Today and International Bestselling Author of contemporary and epic fantasy.

An unabashed geek, Sarah enjoys studying subjects like the Plantagenet and Ptolemaic dynasties, and settling debates on provocative Tolkien topics such as why the Great Eagles are not Gandalf’s personal taxi service. Passionate about travel, Sarah has visited over twenty countries collecting sparks of inspiration (though New Orleans is where her heart rests). She’s a self professed expert at crafting original songs to sing to her very patient pets, and a seasoned professional at finding ways to humiliate herself (bonus points if it happens in public). When at home in Pennsylvania, her husband and best friend, James, is very kind about indulging her love of fast German cars and expensive lattes.

The Kingless Crown | The Broken Realm | The Hidden Kingdom 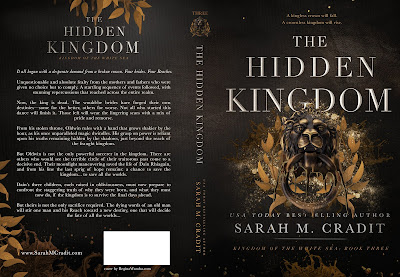 One Reply to “Cover Reveal: The Hidden Kingdom, by Sarah M. Cradit”