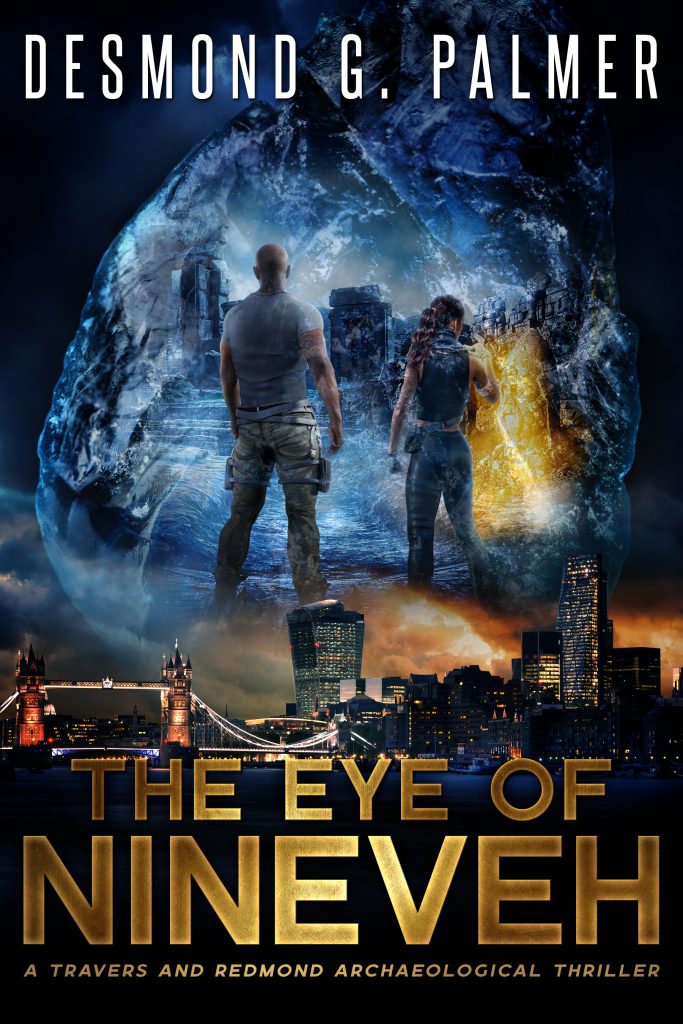 The Eye of Nineveh

A Travers and Redmond Archaeological Thriller

Dodging terrorists, police and opportunistic drug dealers, can Natasha Travers and Lucas Redmond find the Eye of Nineveh to save Natasha’s parents and prove Lucas’ innocence? All without letting the gem fall into the wrong hands.

The Eye of Nineveh. A precious gem with a sliver of Chintamani Stone within it. A power delivered from the gods said to grant invincibility to whomever possessed it. A mysterious gem reputed to be behind the rise and fall of the mighty Assyrian empire but was then lost to history.

Until it unexpectedly resurfaced.

Six years ago, upstart archaeologist, Natasha Travers and her fiancé, SAS soldier Lucas Redmond, found the gemstone, the day their excavation was attacked by The Baron and his terrorist group, known only as “J”. Now, in the present day, the married couple are contacted again. The gem has disappeared from its display in the British Museum. According to the CCTV, the last person to see it was Lucas, making him the number one suspect by the no-nonsense police detective put in charge of the case and the tenacious insurance investigator.

Meanwhile, Natasha, now renowned in her field, finds a cryptic message from her old Cambridge University professor, telling her not to get involved with the missing artefact. But she is forced to, when The Baron and his terrorist group reappears and forces her to find the Eye of Nineveh in 24hrs or watch him kill her parents. Then a name from Lucas’ past re-emerges and threatens to cost them everything.

The Eye of Nineveh is an archaeological thriller, a high-octane race against time across the historic City of London.

A huge fan of history, the supernatural, and the strange and wonderful, it was only a matter of time before Desmond began to weave these elements into page-turning fiction. Being an avid reader, traveler, and watcher of action/adventure and fantasy movies helped also.

Feel free to follow him on Facebook, Twitter, and Instagram. If you wish to receive updates about his latest books, exclusive content, recommendations, and news, sign up to The World of D.G. Palmer at www.dgpalmer.com and enter his mind. He warns it can be a mess sometimes, so make sure you wipe your feet on the way out – you never know what you might take with you when you leave. 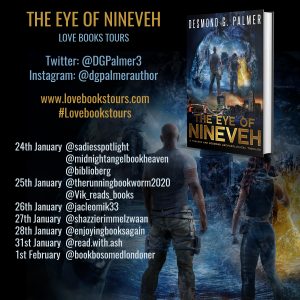 One Reply to “Spotlight: The Eye of Nineveh, by D. G. Palmer”