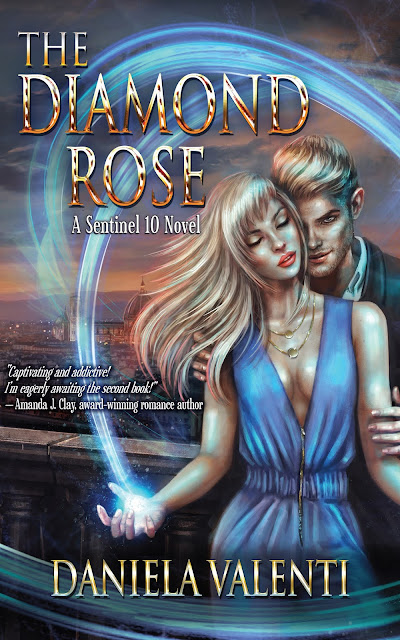 Amanda’s med school graduation is unlike any other. A solar flare awakens her super psychic powers, enabling her to fight evil, supernatural and human alike. She is the Sentinel 10, the most powerful warrior in a secret society of similarly endowed people. Her life becomes a whirlwind of international travel and exciting paranormal challenges. But all is not as it seems. Soon Amanda discovers that the man she loves has an evil alter ego, and that her own powers have a dark side. This first year as a Sentinel will push the limits of her resilience, and put her own humanity to the test. The Diamond Rose is a thrilling and romantic adventure, the first in an exciting new series. Fans of paranormal romance will enjoy this tale of a female heroine who struggles to understand love and master her own powers. 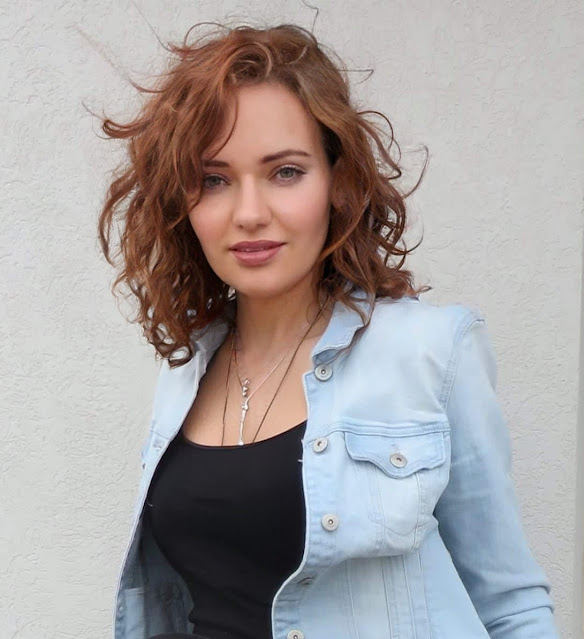 Daniela Valenti is the pen name for a Canadian psychiatrist who writes Paranormal Fiction. That may seem incongruous, but it’s not really. The work in her chosen field and her writing dovetail nicely. She is able to draw upon her work as a psychiatrist to create multidimensional characters who are simultaneously powerful and vulnerable. Daniela lives in Montreal and holds a medical degree from McGill. She speaks French and regards herself a chatty introvert. Growing up, she was a voracious reader of sci-fi and fantasy. Her interests today include supernatural lore, skincare and fashion, gorgeous travel destinations, true crime, and learning about narcissism and psychopathy. She’s thought a lot about love and evil and maintains that narcissism is the true nature of all evil. Daniela has traveled extensively. Her love of the exotic dominates many of the settings where the characters in her stories romp and play their parts. Her prior attempts at writing began at age nine with a story about a doctor’s cat, and then a short sci-fi story at age twenty-three. Thirteen years later, her foray into serious-minded writing simply happened. She began writing in 2017, after she returned from a trip to Prague for an international forensic psychiatry conference. What she learned there, combined with her impressions of Prague, her prior ruminations on the nature of love and evil, and her clinical knowledge all combined to create the first book in her series. It was a moment when all sorts of aspects of herself, her life experiences and her interests came together, like a self-assembling puzzle. The story came to her like a movie, unfolding in her head as she sat on an airplane, staring at the screen-less back of the chair in front of her, for the eight-hour trip back to Canada. Once set in motion, the wheels of creation kept on turning, and resulted in the Sentinel 10 series.