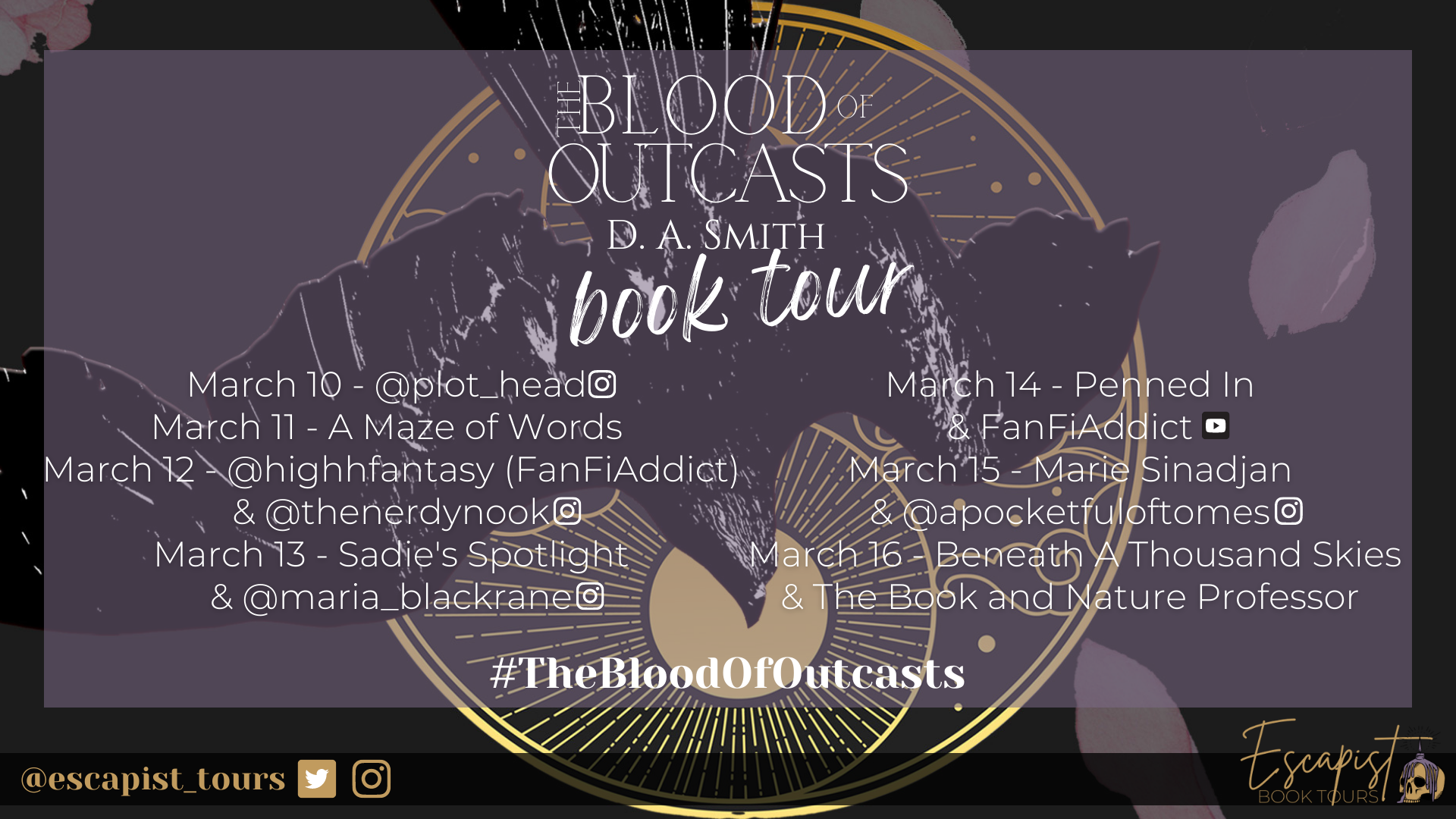 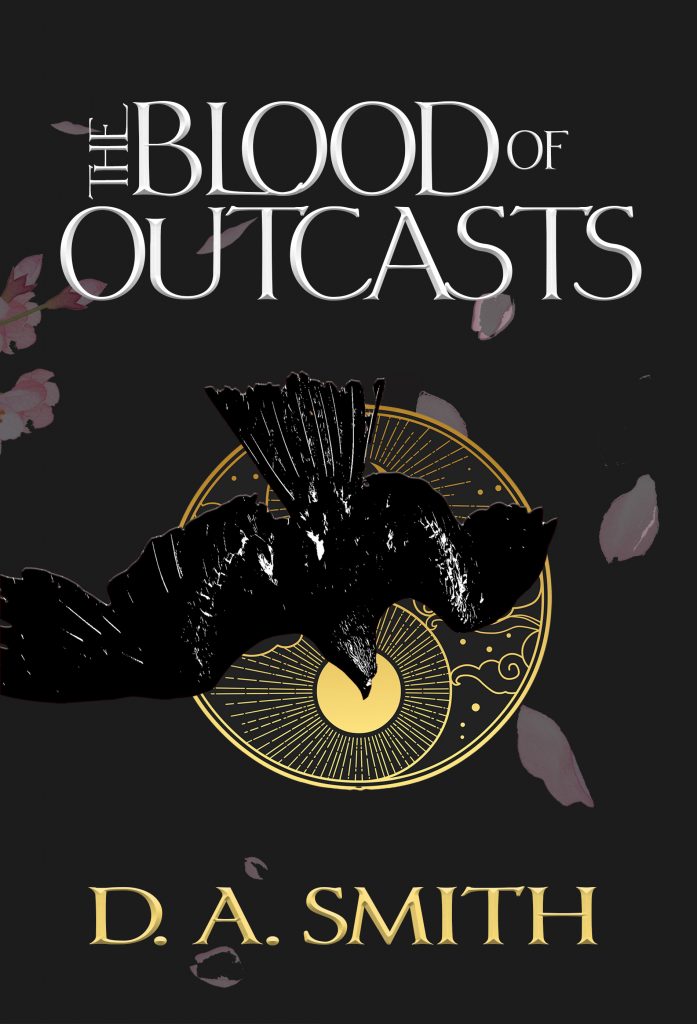 What if spilling your own blood was the only way to save yourself?

Masako escapes the Lord Council with only her life intact, her clan shattered and master dead in wake of disaster she wrought. It is her cursed blood that cries out, and a godsborne that answers.

By the power in her blood, and a promise made with it, she’s given a second chance. With it, she must unite the outer clans, move past old rivalries and worse, or face annihilation at the hands of a foreign sect of sorcerers, the Taosii, and their silent invasion.

Only, Masako was executed, she’s meant to be dead. Demonic rumours and a destructive past sow doubt in her campaign before it is begun.

Shown on page:
Violence
Gore (the magic systems are based on blood and meat consumption)
Sexism (in the way that the main character’s society is intrinsically sexist, but she strives against this)
Animal violence (they use horses in mounted battle, some of these die)

Alluded to:
Torture (there’s a prisoner of war that is in a bad way when MC visits them, as someone has extracted from them, but nothing is shown)
Drug usage (the country is gripped in a poppy usage epidemic)
Child abduction (there’s allusion/slight reference to this potentially being carried out by a sect of magicians, but it is brief)

1. Tell us a little about how this story first came to be.
So, it’s probably not an unusual way this book was born, as I’ve seen a lot of people do this: but I had a short story published in an anthology by Black Hare Press, and the subject was ‘Seven Deadly Sins: Pride.’ With that short, I wanted to explore what would happen if pride took the driving seat in a situation/culture usually steeped in honour.

In actual fact, the book is an exploration of sin, but more specifically in pride and how, if a character is so focused on their own pride, it can skew their worldview.

Also, I wanted to write a samurai fantasy. I love Rurouni Kenshin and samurai history, so this really was a labour of love.

2. What, if anything, did you learn when writing the book?
It’s a difficult one, because this mainly falls on what works and what doesn’t, how to write X better, pacing, plotting, grammatically … but for this one, I learnt that main characters aren’t always good. Or at least, they don’t have to be, because real people aren’t.

I learnt how to write a more colourful character (I’d been writing classic fantasy characters up until this point, full of divine purpose etc) and I hope that shows in the story.

3. What surprised you the most in writing it?
How much I like writing morally atypical characters.

It turns out, when you overclock one particular attribute in a character (I.e. pride) their reaction to events and people are REALLY different to how you would personally act, or any balanced person would. Perhaps I went too far with this … I hope not. I realise a character had to be likeable still.

4. If it’s not a spoiler, what does the title mean?
The title is somewhat a spoiler. If I explained why I chose it, it would spoil the entire plot of the trilogy. But it has multiple meanings, one I can share is that most of the characters, who the story focuses on, are outcasts in some way. Perhaps from the prevalent culture, religion, perhaps by birth etc.

5. Were any of the characters inspired by real people? If so, do they know?
Fortunately, not. I don’t think I’d feel safe if I knew most of these characters (kinda, ha.)

6. Do you consider the book to have a lesson or moral?
I’d never really thought about this so far. I guess, and again it might seem like I’m rambling on this point a bit, with regards to the character’s pride, but I wrote Masako with the thought that if she just paid attention to her surroundings, and listened to the people around her, then … well, her life would’ve gone down a different path.

Perhaps on that note, the lesson would be to listen and learn from past mistakes.

7. What is your favorite part of the book?
The book is separated into 4 parts, and I particularly enjoyed writing the second … I love the fantasy genre for many reasons, but the versatility of what you can write about and what you can throw at a character is my favourite, and I play with that more in that part. But I won’t spoil how or why.

8. Which character was most challenging to create? Why?
Masako, the main character.

When writing her with the idea that she is the embodiment of a sin, it was hard sometimes to keep her real. To ensure I’m not making the character unrealistic by focusing too much on bad decisions, fuelled by anger etc.

To be honest, I’m still not sure if she’s balance. I’ll explore that in the second book and let the reader decide.

9. What are your immediate future plans?
Immediately, I’m writing the second book – but I wrote the first in the first lockdown. I was in a different place and I finished it almost two years ago now, so there’s a little teething problem, but I’m trying to work through it.

Also, I’ve got some very exciting stuff going on in the background with a hardback edition, so I hope readers will look out for that.
Thanks so much for having me! 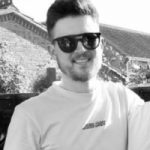 I’ve been writing for as long I can remember, drawing first and adding stories to them, building worlds and places for my characters to belong in, but that wasn’t enough. As an avid SFF reader, that consumes way more books than I have shelf space for, I thought it was time I turn my hand to being a novelist.

I wrote my first novel a few years ago, which has yet to see the light of day (nor ever will), and found that writing is in my blood, my passion, so I’ve stuck to it. Ever since I’ve been tinkering away with short stories and a few novels that I’m proud of, I’ve got a few trunked, and one seeking an agent, but I’m very proud of The Blood of Outcasts, it’s my love letter to Rurouni Kenshin, the comics I read, and everything SFF.

I’m an English Linguistics and Language graduate working in journal publishing, and this would be my debut; I also review SFF novels for FanFiAddict and my short fiction has appeared in ‘Pride: The Worst Sin of All’ (Black Hare Press, 2020). I’ve also had work narrated live on air at Pop-up Submissions. Last but not least, I’m soon to be married and am co-owner of a crazy (go figure) spaniel.

One Reply to “Spotlight & Author Interview: The Blood of Outcasts + Giveaway”