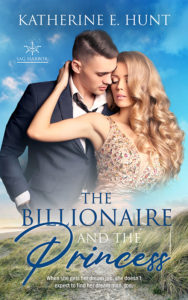 The Billionaire and the Princess
by Katherine E. Hunt

Book 1 in the Sag Harbor series

When a British journalist gets her dream job in The Hamptons, she doesn’t expect to find her dream man too.

All Caitlyn has to do is catch a plane, move to Sag Harbor and start her new job as editor of a brand-new society magazine. That’s what she’s promised herself. No more Mr. Wrong, no more pandering to everybody else’s needs. New life, new Caitlyn.

So when she meets a handsome gentleman on the plane, after a couple of drinks, she’s going to walk away, right? She’s certainly not going to try to join the mile-high club with him.

If it turns out he’s her new boss, Hank Baresi, the youngest son of one of the biggest media moguls in America, but no matter, he doesn’t appear to remember her, anyway.

She’s just going to do her job. No serenading him. No succumbing to his sweet charms and absolutely no falling in love with him.

And, well, if he happens to fall in love with her, she’s just going to say no, right?

In my defense, I’ve had a very strange year and, frankly, life’s gotten really, really complicated. Then there’s the free alcohol, first time in Business Class… It’s all gone to my head. I might be forgiven for getting carried away. But still, no excuse, Caitlyn, no excuse.

He traces a solitary finger down the outside of my thigh—my leggings hang off one ankle, dragging on the floor. My other foot, placed firmly on the closed toilet seat, is the only thing holding me up.

I lift my hair, curl it up on my head with my hands, soft lips brush against my neck. “You’re so freaking hot,” he slurs.

At first, I’d thought he had a Texan drawl until he’d confessed, giggling as the words came out, that he’d stolen the cowboy hat from the guy in the next seat down.

He’s not Southern—he’s just drunk off his head.

He brushes his fingers up my spine, circling the crux of my neck before gliding over my breasts, past the tips of my nipples, until they stop at the slick gusset of my undies. Fuck. For a man who smells like a brewery and has lost the capacity for coherent speech, he’s pretty deft with his hands.

Pressing tightly onto my pussy, like it’s the only thing holding us up, he fumbles with his trousers, pulling at his belt.

“Uh…shi-it. Maybe?” He tries to grab his wallet with his one free hand and we rock back and forth as he tugs at his pocket.

Is this really happening? It was all going smoothly. Steamy, unexpected, drunken smooch in the corridor, unilateral decision to glide into the bathroom. Semi-naked foreplay.

It’s all so serious, all of a sudden. Sex with a stranger. That’s a sobering thought. Is this how I want to start my new life? It isn’t part of the plan, that’s for sure.

I’ve never done anything like this. I’m not an angel, but I’ve always been the wait a few days, get to know the guy kind of girl. Admittedly, they’d all turned out to be Mr. Emotionally Unavailable, Mr. Terrified of Commitment or Mr. Sleeps with Your Friends Plural Behind Your Back, but hey, I’d always kept my side of the bargain.

His fumbles prove fruitless. He takes his hand off me to grab his wallet, falls backward, slams hard into the door and slides to the ground. Turns out I was holding him up after all.

“Oh shit!” He says it way too loud. Fuck, he’s going to get us caught. I’m not sure what the punishment is for kinky stuff in airplane bathrooms, but I know I don’t want to start my brand-new life in America in an orange jumpsuit.

“Shh,” I whisper, placing my finger over my lips.

“Shh. Hee-hee.” That giggle again. He’s wasted–like, actually out of it. This is rapidly turning into a very bad idea, not that at any point sneaking around with a man I’ve just met had been a solid choice. Kissing him? That had been fun, but now it feels a little like taking advantage.

He flicks through his wallet, still sat, half on the floor, legs splayed either side of me. “Shit. I got nothing.”

I lean down and put my arms around him. He nuzzles into my neck. God, he smells delicious. Whoever he is when he isn’t half-naked and hammered, he has incredible taste in aftershave. “Let’s get you up.”

Stepping back to steady myself, I hear a crack. Shit. Hopefully, his phone isn’t super important because it has just smashed into a million pieces under my foot. I kick it out of sight, sit him down on the toilet seat and pull my leggings back up. My libido is fading. Fast.

I pull up my leggings and put my top back on. “You don’t wanna do it anymore?” he drawls, his face downcast.

“I don’t think that’s a very good idea, do you?” He can’t even stand up for a start. God knows whether he can get anything else up.

“You’re hot.” He snakes his hands up my sweatshirt.

“Thank you. You’re very, very drunk.” I fasten his belt for him, inciting more giggles, and hand him his wallet, which had flown into the sink. “I think I’m going to go back to my seat. It was very nice meeting you, cowboy. Maybe we’ll meet again someday in better circumstances.” I might sound like I’m fobbing him off, but some part of me sort of wishes it’s true. I most definitely shouldn’t. The type of guy who allows himself to get in this much of a state is not boyfriend material. Not for me, anyway. But he’s a sweetie, and he’s cute when he giggles.

The old lady in the seat next to mine looks very concerned. “Did you hear all that noise in the toilet?”

“Oh dear.” She cringes. “Some people do get carried away with the free drinks on these flights. I hope he’s all right.” She’s been reading a guidebook on New York for the last four hours and hasn’t even acknowledged my presence, but now that I’ve got gossip, she’s all ears.

“I’m sure he’s fine. So where are you flying to today?”

She closes her book and looks at me. “New York.” Her eyes widen with excitement. Bless her. She has to be at the very least in her seventies. I see a little of myself in her, always excited by new experiences, no matter how old I get. That’s the only way to live.

“Well, yes. I meant for business or pleasure.”

“I’m going to see my son. He’s got a fancy job in Manhattan, going to show me the sights.” She curls her lips into the biggest grin.

Something loud crashes behind us. “Oh dear,” she mutters. “What now?”

A flash of white comes racing past our seats. A butt. A very naked butt attached to a very handsome, drunken, giggly cowboy.

“Shit,” I whisper under my breath. Maybe I shouldn’t have left him to his own devices after all. He turns and waves his not-insignificant appendage at a room full of dozing passengers before a hand reaches through the curtain behind him and pulls his drunken, naked butt into First Class.

“Good lord,” she says, raising an eyebrow. “I haven’t seen one like that since my Henry was alive.”

I turn to her and smile, hiding my deep regret at my rash decision not to get cowboy’s number before I’d left him. “Lucky you,” I reply. 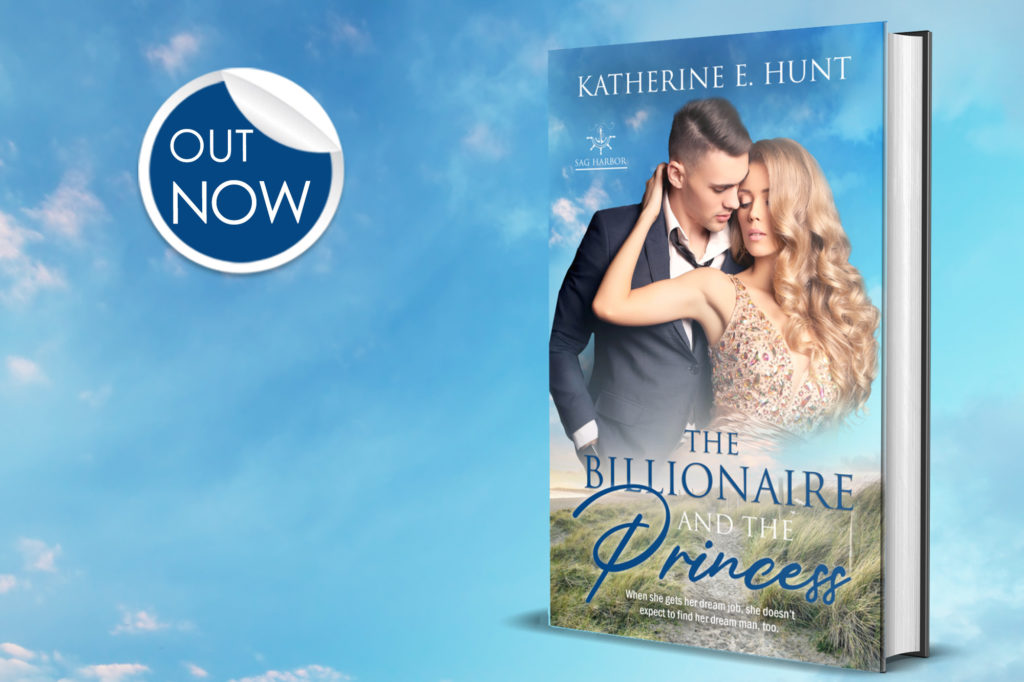 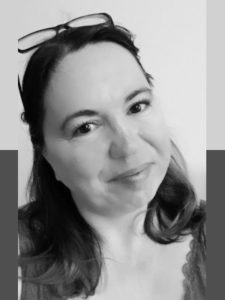 Katherine E. Hunt’s The Billionaire and the Princess Giveaway

Enter for your chance to win romance author Katherine E. Hunt’s Prize Package and get a FREE eBook from the author! Notice: This competition ends on 30th March 2021 at 5pm GMT. Competition hosted by Totally Entwined Group.

One Reply to “Book Blitz & Excerpt: The Billionaire and the Princess + Giveaway”

We have review copies available for #bookreviewers and #bookbloggers! Drop us a line here or on our website, if you’re interested #bookreviews https://bit.ly/2Gb9Prk