Not everyone wants magic.

In a world where humans hate witches, there’s no one who hates them more than Jameson Tyler – they are the reason his mother and little sister are dead. Then one morning, he wakes to find those he’s hated for his entire life are now his only hope to understanding his new identity, his new life…as a witch.

Jameson has to get to the witch’s side of town – a place he’s never been and has loathed his entire life – and give up everything he’s ever known before the Witch Special Forces (WSF) captures him. On top of avoiding the WSF, when his new Headmistress attacks him, things get even more complicated.

He must accept his new fate and life before being killed, letting the Magical Community fall into the wrong hands. Can Jameson put his hatred aside or will he let his prejudice destroy them all?

“Earth to Jameson!” Michael yelled at the top of his lungs. It caused Aaron and Jenna to look over to where we were standing. Something inside of me clicked and I took off like a shot, racing towards them. My anger continued to build as my mind raced.

As I reached Aaron and Jenna, they were scrambling to grab their backpacks and run. I grabbed Jenna’s backpack strap and pulled, causing her to let out a yelp. As she was jerked back towards me, I reached out and grabbed her. My hand wrapped around her neck.

She gasped and dropped the backpack. The weight surprised me and I looked down at it, swinging in my hand. I looked back up at her. She was clawing at my hand, her face full of panic. Her eyes were wide and staring at me. I stared back. My fingers clawed into her neck.

I’m doing it! I’m going to kill a witch!

“You’re killing her! Let go!” Aaron yelled at me. He ran up to me, yanking on the arm holding the backpack. I glanced at him, my focus still on Jenna.

“Jameson! Let go of her!” Michael yelled. He sprinted up beside me, panting heavily.

“Why?” I asked, turning to look at Michael.

“What do you mean why? You’re going to kill her!” Michael stared at me in disbelief.

“So?” I replied. I couldn’t get myself to care about the consequences that would fall on me. All I cared about was revenge.

“Jameson, look, man. I know you. You don’t want this. Your mom wouldn’t want this,” Michael said, trying to reason with me. I looked at him, tears in my eyes.

Kaylee is an author on YouTube who helps writers understand and conquer the Business Side of Writing. She lives with her fiancé, Russell, and her spoiled Beagle, Basset Hound, Ollie, in San Diego, CA. 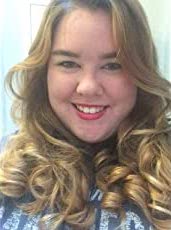