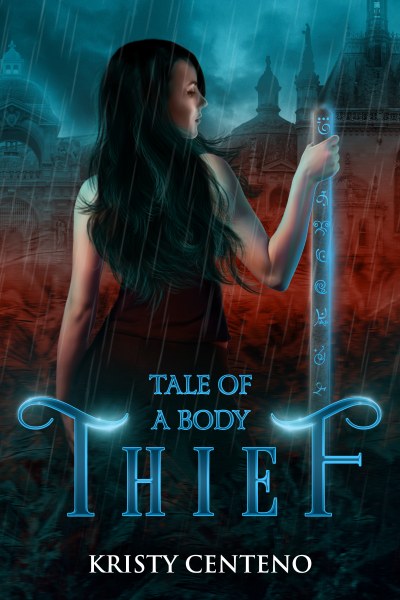 Tale of a Body Thief

Her special abilities can save lives, but so can they kill.
Rovena Silvex has hunted and eliminated dozens of demons throughout the ten years since her initiation as a hunter. Possessing supernatural skills only makes her job a lot easier.
When she’s asked to visit the county morgue to look over a deceased victim and find out what demon killed him, the body rising from the dead is the last thing she expects.
Now Rovena is stuck with a walking corpse and no answers as to how he managed to return to the world of the living. However, the victim has changed and the more time she spends with him, the more she realizes that what crossed over might not have been the soul of the dead man but something much worse.
Complications arise when her new assignment is targeted by demons hell-bent on making sure he stays dead for good.

Killing demons has always been a piece of cake. Keeping one alive however, is a whole new ballgame for her. If she fails, she risks setting in motion a war between heaven and hell. But if she succeeds, she could trap a powerful Lord in a world he doesn’t belong in, forever.

Pushing his shoulders slightly back, he stood with his spine erect, balancing his weight between his feet.
He didn’t murder people, but he wasn’t against slaying killers.
The pair ran at him simultaneously. Limited space prompted him to move sooner than he would have liked, and he swerved out of the way. Working with the momentum, he raised the weapon and swiped.
The first individual dodged the swing, but the second stepped right into the path of his downward stroke. The bladed sliced through skin and muscle, stopping as it hit bone.
A cry left the man’s mouth. Lowering his head to where the blade rested inches from the clavicle, he wrenched himself free with a sickening squelching noise. Blood poured from the wound as the arm split from the rest of the torso, falling to one side and leaving a hollow cavity the size of Luis’s fist.
The man didn’t plummet to the floor but reached across and tugged on the sagging arm, popping it back in place with one quick jerk of his shoulder. Skin mended instantly, stitching together as if Luis’s sword hadn’t just severed it at the joint.
Luis’s stomach contracted. Something akin to fear flushed through him.
The blow should’ve killed the man. At the very least, incapacitate him.
Jesus, what the hell am I dealing with?
Movement in his peripheral drew his attention to a second robed figure rushing at him. He prepared for combat, raising the pommel—and then the world around him shifted an inch to the right.

Luis blinked, trying to make sense of what happened when a noise broke through the silence. He winced as a screech tore across the room, the high-pitched squeal causing his knees to give way.

Kristy Centeno loves to spin tales of creatures that go bump in the night, with a sprinkle of romance to top them off. Her passion for writing stems from a lifelong enjoyment of reading and the pleasure derived from the magical worlds created by authors like her. She prefers her female leads strong, independent, and stubborn who will stop at nothing to save their loved ones and protect those they care for.

Kristy currently resides in Pennsylvania with her five kids, a quartet of noisy parakeets, and a spoiled puppy. When she’s not working or writing, she juggles her free time between raising a handful of minions and pursuing other career goals.