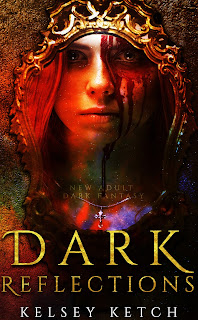 Being possessed by a vampire sucks!

Alana Jones’s world has been completely turned upside-down after being bitten by a vampire’s reflection in a cursed mirror. Now she’s forced to stay in an abandoned Victorian inn on an isolated island off the west coast of Florida, where Alana lives a double life: one as herself and one as a vicious murderer. Over the past year, she has spilt and drunk the blood of sixteen victims. The guilt of their deaths slowly eating away her sanity.

However, things become even more complicated when Alana finds Cole, a surfer she felt a connection with the moment they met on the mainland, locked up in the island’s shed. Knowing his death is inevitable, she attempts to distant herself from him, continually reminding herself of the monster residing underneath her skin. Unfortunately, it’s a small island, and the more she interacts with Cole, the more her feelings grow for him.

Eventually, she has to make a decision. Either accept his fate or find a way to expel the vampire’s spirit from within herself before she murders him as well.

“Just a thought,” I answer at first. “What if we use the rest of the dough you just made to make some pizza bombs for lunch?”

Cole stops the rolling pin and looks at me. “Pizza what?”

“Pizza bombs!” I nearly shout in excitement. “You basically put a little sauce, cheese, and your choice of toppings in the center of some biscuit dough and bake. We’ll each make our own, of course, but the rule will be we have to try at least one of the other’s pizza bombs.”

Cole snorts. “With your taste in toppings, that idea might just make me throw up.”

Insulted, I grab a pinch of flour from the center of the cutting board and toss it at Cole’s face. Cole puts up his hand in an attempt to block the attack, but my dusting still hits my target square in the cheek. He glares at me for a second, then scoops out what little flour that is left in the bag into his hand. I’m up on my feet in an instant.

He smirks at my plea and steps toward me. “You asked for it.” He charges as I attempt to run, only to find myself cornered between the refrigerator and farmhouse sink. I shut my eyes as the powdery substance brushes against my skin and slips between my lips. The taste of dry flour settles on my tongue, making me feel like I just swallowed a pile of dust. Once I open my eyes, I find my hair, face, and top are coated in white. Cole holds his belly while he laughs. I gently brush the flour away from my eyes and turn my focus on the farmhouse sink and the discarded measuring cup inside. I turn on the faucet, pretending to wash as I take the cup and fill it full of water. Cole’s laughter ceased just when I turn around. He looks from me to the cup.

“And what are you going to do with that?” he asks.

Without replying, I walk up to him and toss the water into his face. Cole stumbles back as the water splashes down his neck, shirt, and pants—dousing them through—all the way to the kitchen floor. Now, I’m the one laughing while Cole uses his flour-dusted hands to wipe off his face, leaving white streaks on his skin. Unfortunately, my joy doesn’t last as long as his did. The moment the water is out of Cole’s storm-brewing eyes, he reaches out and grabs me by the waist. I scream in a mixture of fear and delight as he lifts me up and tucks me under his muscular arm like a sack of grain. He marches me to the farmhouse sink.

“Truce.” I laugh, seeing what was coming next. “Truce.” Cole ignores my plea, places me down, and turns on the faucet. Then shoves my head under the stream of water. The cold freezes the back of my head, neck, and cheeks while flour trickles into the farmhouse sink. “I said, truce!” I cried.

Cole quickly releases his pressure on my back, allowing me to turn off the water. I sputter some water from my lips and pull my hair forward to wring it out into the farmhouse sink. 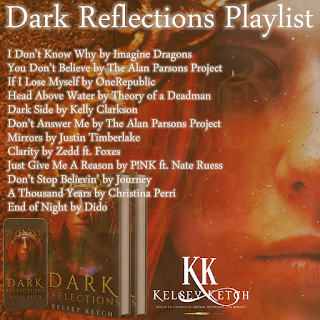 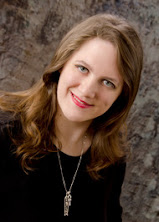 Kelsey Ketch is a young-adult/new-adult author, who works as a Wildlife Biologist and Data Analysis. During her free time, she can often be found working on her latest work in progress. She also enjoys history, mythology, traveling, and reading.

For more information, please visit her site at kelseyketch.com. 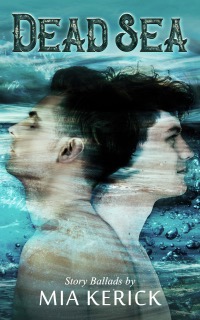 Kyle is a swaggering bully; Lenny strives to be invisible.

Kyle has been left alone in the world; Lenny is the world’s biggest loner.
When Kyle saves Lenny from drowning, their lives will never be the same.
After a brutal encounter with school bullies, Lenny swims out into the ocean, determined to let the current whisk him away. Next thing he knows the meanest kid in town is pulling him from the waves, promising to be his Dead Sea, and to never let him sink.
All Kyle wants is to get out of beach cleanup, is that too much to ask? So he goes for a swim, only to come upon the most epic “nobody” in the senior class drowning in a riptide. Lenny’s haunted gaze grips him, and Kyle makes the impulsive decision to save his life or die trying. And through this ordeal, Kyle and Lenny are transformed.
Kyle’s heroic act sets him on the straight and narrow, and he opens his heart to the young man he dragged from the ocean. Lenny changes too but is still unable to reveal the truth of his pain. While drowning in a sea of secrets, the reformed bully and wary victim fall in love. But staying afloat in the Dead Sea is not as simple as it seems. 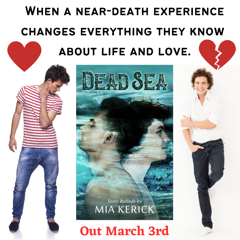 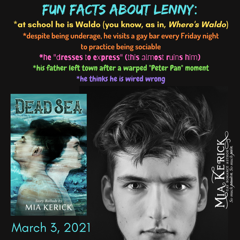 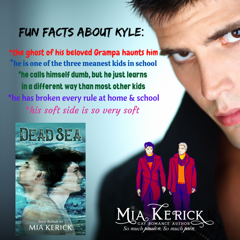 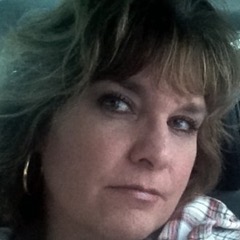 Award-winning gay romance author, wife, and mother of four, Mia Kerick, knows that a satisfying romance novel is riddled with challenges. For true love to prevail, the leading men are going to have to put in some effort. But the HEA is oh, so rewarding.
From Jane Eyre’s Mr. Rochester to Brokeback Mountain’s Ennis and Jack to Twilight’s Edward, Mia has a great affinity for the tortured hero in literature. Her contemporary gay romance focuses on such tropes as coming of age, hurt/comfort, and forbidden love. She firmly believes that sometimes you have to break his heart to save him. In Kerick’s books, the course of true love truly never does run smooth.
Mia’s books have been featured in Kirkus Reviews magazine. They have won a 2019 IPPY GOLD award for Juvenile/Young Adult Fiction, GOLD award for Juvenile/Young Adult Fiction, a 2018 YA GOLD MOONBEAM Children’s Book Award, a YA Readers’ Favorite Award, several Gold Rainbow Awards in YA and adult categories, a Reader Views’ Book by Book Publicity Literary Award, the Jack Eadon Award for Best Book in Contemporary Drama, a YA Indie Fab Award, a First Place Royal Dragonfly Award for Cultural Diversity, a First Place Story Monsters Purple Dragonfly Award, and more.
Mia cheers for each and every victory made in the name of human rights. Her only major regret: never having taken typing or computer class in school, destining her to a life consumed with two-fingered pecking and constant prayer to the Gods of Technology.