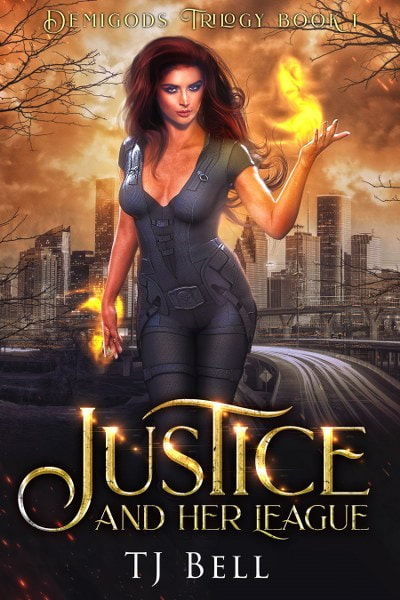 Justice And Her League

My name is Justice, and yeah, I’m a demigod.
So far as I can tell, that status isn’t all that impressive. I’m supposed to have magical powers, but all I’ve ever done is accidentally kill my mother.

The only thing I have going for me is that I’m stronger, with sharper senses, than most humans. I’ve managed to turn those traits into something useful: I kill bad guys for a living.
So long as I avoid those pesky human authorities (they aren’t keen on vigilante justice) and don’t get killed myself, I figure I’m winning.

Until I run into them. Ajax, Malcolm, and Rafe. Ajax is quiet, reserved, stronger than anyone I know. Malcolm is the laidback Southern boy always looking for a good time. Rafe is the wise one, the one who sees too much … and has too many secrets.

They are three outrageously sexy demigods.

Who happen to be my fated mates.

Despite all our differences, it works. Well, the steamy part of our relationship, anyway. The rest?

Not so much. As it turns out, I’ve mated with three altruistic men, and they aren’t willing to allow me to continue on with my vigilante ways. They say we’re a team now and we have to work together.

Justice & her League is the first book in the Demigods Trilogy. It is intended for mature audiences: 18+ readers only! It contains adult language and sexual situations. This is a fast burn romance where the girl gets all the guys.

“What the fuck happened?” the blond one, Malcolm, roared when he stuck his head into the office and noticed Rafael or Rafe-for-short laid out on the floor.
The hulking—and okay, seriously hot—black guy shadowed the doorway next, then he pushed Malcom out of the way so he could slip inside the room and drop to his knees next to Rafe’s body.
“Did you do this to him?” Malcolm demanded while Ajax pressed two fingers to Rafe’s neck and then prodded his head, causing the guy to let out a pained-sounding groan.
“Of course not,” I said, full of all sorts of indignation. I’d told Rafe I worked alone, and he’d insisted on following me anyway. He made the choice; how were the consequences of that decision my fault?
When Rafe rolled over onto his back, I let out a breath I hadn’t realized I’d been holding, and then I glanced around the office. The only people in here were myself and these three guys to whom I was insanely sexually attracted, which made no sense. I mean, I’d been attracted to guys plenty in my life, and I’d acted on probably 75 percent of those scenarios.
But it never happened in the middle of a job, and never with such intensity—or with three guys at once.
If they asked me to pick which one I wanted most, I’d be unable to give an answer.
It was seriously fucked up. Clearly, I needed to get laid, but more than that, I needed to know where the hell Ignacio went.
“Don’t even tell me he got away,” I snapped at Malcolm.
“Okay, I won’t tell you.”
“Could you be any more cliché?”
He shrugged. “Clichés are funny.”
Flinging my hands in the air, I twirled around toward the door. “I gotta go. I need to track him down and—”
“Do not let her leave,” Rafe practically growled at Malcolm, who had edged his way onto the threshold.
I narrowed my eyes. Malcolm crossed his arms.
“Don’t make me hurt you,” I warned.
“Go ahead and try.” He grinned. “I promise to enjoy every moment.”
For fuck’s sake, was that a growl that just escaped through my clenched teeth?
Ajax had pulled Rafe to his feet. “First,” Rafe said, his gaze on me, “we help these women get back to their lives. Or, if that’s not what they want, we help them start new ones.”
“What do you mean, first?” I demanded, even though I was pretty sure I already knew the answer.
“Before we track down the guy in charge of this operation.”
Oh, I don’t think so. “That could take weeks! And also—”
“More like months,” Malcolm said.
I bared my teeth at him. He winked back. I shifted my focus to Rafe, who was obviously the leader of this little group of sexy guys.
“Look, I told you, I work alone. And while I’m glad those women are now free, my objective is to kill Ignacio. I don’t want anything to do with helping them get on with their lives.”
“That’s not how it works,” Ajax said. Pretty sure it was the first time he’d spoken directly to me since he tried to strangle me earlier. No, wait. He’d asked me to clarify when I said Ignacio was mine, like he was jealous or some shit. What the hell did he have to be jealous over?
I crossed my arms under my breasts, and ignored the way his gaze dropped before lifting to my eyes again. I forced myself to ignore the way my lady bits were doing a happy dance over the idea that he liked my breasts. Was there a heterosexual man alive who didn’t like boobs? So why was my traitorous body so pleased that this particular guy found mine attractive?
“Listen, big guy—” 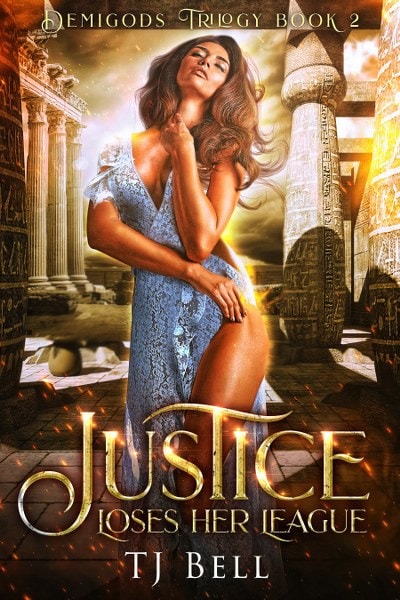 My name is Justice. I’m a demigod, and my otherwise immortal life is hanging by a thread. Oh, I also have not one but three mates, although our status isn’t “official” yet. Something about rituals and ceremonies. Don’t ask me—I’m clueless about this new world I find myself in.

Yeah, in order to save my life, Ajax, the strong one, Rafe, the conniving one, and Malcolm, the easygoing one, have taken me to the Realm of Gods.

There’s no electricity, no cell phones, the bartenders are sirens, and togas are the current fashion statement.

Everybody’s suspicious of everyone else, with good reason. This place brings our magic close to the surface, but there’s so much else going on—none of it good—that it may make more sense to go back to the human world and forget all about mating and magic and the other stuff that goes along with it.

Except I’m grievously injured and I can’t travel until I’m healed, which means we’re going to have to figure out how to get along in this strange new world, at least for a little while…

Justice Loses her League is the second book in the Demigods Trilogy. It is intended for mature audiences: 18+ readers only! It contains adult language and sexual situations. This is a fast-burn romance where the girl gets all the guys.

The Demigods Trilogy should be read in order. If you haven’t checked out Justice and Her League, I strongly suggest you read it before proceeding. 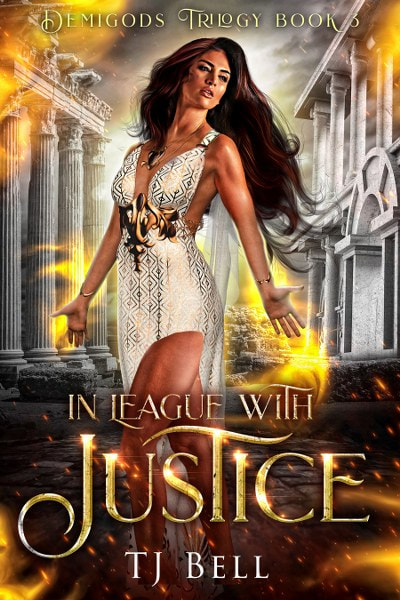 In League With Justice

Secrets, lies, deceit… My name is Justice and it’s just another Tuesday for me and my three mates.

Rafe has gone missing. Malcolm doesn’t want to find him. Ajax thinks we can come into our magic without him.
I just want my family back together. All of them. Even if we aren’t sure who Rafe really is.

As if that weren’t enough, the gods are at war and me and my guys are smack dab in the middle of the conflict.

Will we ever catch a break?

In League With Justice is the final book in the Demigods Trilogy, and yes, there is a happy ending. It is intended for mature audiences: 18+ readers only! It contains adult language and sexual situations. This is a fast burn romance where the girl gets all the guys.

The Demigods Trilogy should be read in order. If you haven’t checked out the first two books in the series, I strongly suggest you read them before proceeding. 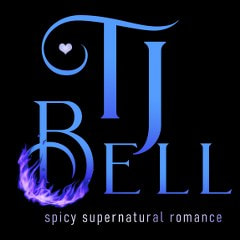 TJ Bell is the naughtier alter-ego of romance author Tami Lund (although you should totally read Tami Lund’s book too, because they are really, really good). She writes paranormal, all the time. Her heroines are tough, even if they are broken, and her heroes tend to have a heart of gold under all that alpha. Hell, sometimes they aren’t even alpha at all; after all, who doesn’t love a solid beta hero?
When she isn’t writing snarky, steamy books, TJ Bell likes to take long walks on the beach with a tall glass of wine… oh wait, wrong bio. But still true.TJ Bell lives in the (sometimes) beautiful state of Michigan, USA, where the weather is glorious approximately 30% of the time, with her even-more-snarky husband, snarky-in-training (and progressing impressively) teenage daughter, and her dog, Kaya, who wants to know if it’s dinnertime yet.Sign up for TJ Bell’s newsletter so you get dibs on all the book awesomeness: https://www.subscribepage.com/authortjbell