“A gorgeous, thrilling, and important novel! These strong women will capture your heart.” Stacey Swann, author of Olympus, Texas.

“An
insightful and sympathetic view offered into the lives of those who were adopted and those who adopted them.” Pam Johnson, author of Justice for Ella.

“A novel worthy of a Lifetime movie adaptation.” Jess Hagemann, author of Headcheese.
“Readers can expect deep knowledge of the world the characters inhabit.” Sara Kocek, author of Promise Me Something.

“I found myself thinking about Becca, Sandy, and Faith frequently as I went about my day—I was always excited to sit down and find out what happened next.” Sarah Welch, author of Austin Brown Dogs: The Shelter Dogs Who Rescue Us.

Today’s young women will not understand how our families made us feel shame so intensely; we surrendered our first-born children to strangers. Faith Reynolds, No Names to Be Given

The widely anticipated debut novel by Julia Brewer Daily is a glimpse into the lives of women forced by society to gift their newborns to strangers. Although this novel is a fictional account, it mirrors many of the adoption stories of its era.

When three young unwed women meet at a maternity home hospital in New Orleans in 1965, they are expected to relinquish their babies and return home as if nothing transpired. Twenty-five years later, they are brought back together by blackmail and their secrets threatened with exposure—all the way to the White House.

Told from the three women’s perspectives in alternating chapters, we are mesmerized by the societal pressures on women in the 1960s who found themselves pregnant without marriage.

How that inconceivable act changed them forever is the story of No Names To Be Given, a novel with southern voices, love exploited, heartbreak and blackmail.

What inspired you to write this story?

Although I’m an English major and wrote for the Mississippi Department of Education, universities, and private corporations, writing fiction is a whole new ballgame. Creating a chapter outline and trying to follow it is much more difficult than it sounds.

The story is fiction, but a thread of my own life is woven throughout the novel. I was surprised by how many childhood and young adult memories I have that rose to the surface during my writing. Many of those memories I had not remembered until they were triggered by my writing.

The title comes from a line in the book that reads “She heard the babies crying as if they already knew—they had no mothers to hold them, no names to be given.”

Were any of the characters inspired by real people?

If so do they know? Since my life is woven throughout the novel, I based some of the experiences on my own. A few of my family members may recognize certain traits they possess.

Because the book is set in the 1960s during a time when pregnant women were expected to give up children out of wedlock, I think young women today will learn about a time of which they know little. Perhaps the lesson is for us to learn from history and not repeat our mistakes, mainly the shame inflicted on young women who were forced to give up their babies.

I love the friendships of the three women who were from different walks of life, but bonded in a way that lasted the rest of their lives.

Which character was the most challenging to create? Why?

Faith was challenging because she is a woman of strong religious beliefs, but those are in jeopardy when tragedy strikes her life. Also, it was challenging to write an African-American man’s character, especially during the tumultuous sixties.

When the launch of the debut novel winds down and I don’t have as many marketing responsibilities, I will return to writing my second novel. It is a story about a female heir to the largest ranch in Texas who finds an ancient people living on her property. I can’t do it justice until the first book is put to bed! 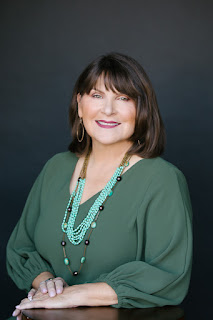 Julia Brewer Daily is a Texan with a southern accent. She holds a B.S. in English and a M.S. degree in Education from the University of Southern Mississippi.

She has been a Communications Adjunct Professor at Belhaven University, Jackson, Mississippi, and Public Relations Director of the Mississippi Department of Education and Millsaps College, a liberal arts college in Jackson, MS.

She was the founding director of the Greater Belhaven Market, a producers’ only market in a historic neighborhood in Jackson, and even shadowed Martha Stewart.

As the Executive Director of the Craftsmen’s Guild of Mississippi (300 artisans from 19 states) which operates the Mississippi Craft Center, she wrote their stories to introduce them to the public.

Daily is an adopted child from a maternity home hospital in New Orleans. She searched and found her birth mother and through a DNA test, her birth father’s family, as well.  A lifelong southerner, she now resides on a ranch in Fredericksburg, Texas, with her husband Emmerson and Labrador
Retrievers, Memphis Belle and Texas Star.​
​​
connect with the author: website ~ facebook  ~ goodreads​​

NO NAMES TO BE GIVEN Book Tour Giveaway