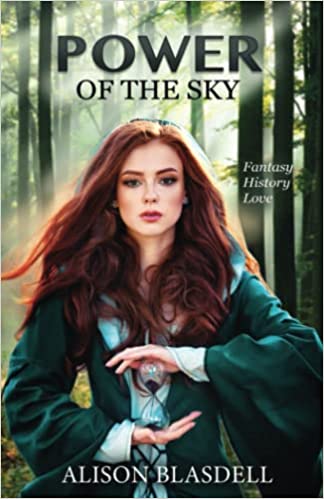 Jennifer once again experiences visions of the past. This time, she sees life through the eyes of the young girl Alyona, captured by the Mongolian soldiers of Genghis Khan in AD 1224. Alyona’s journey is one of pain, heartbreak, and courage as she rises above the brutal world of the Mongolians.

As Jennifer is drawn deeper into Alyona’s life, she can’t escape a feeling of foreboding. Each time she returns to the present, something is different—she is different. In this final vision, Jennifer discovers the true Power of the Sky and the ultimate sacrifice required.

Alison Blasdell holds a PhD in physiology and biophysics but has wide-ranging interests. An equestrian, with a background in music, martial arts, a passion for history, and an interest in the potential of the human mind, Alison often weaves these areas of interest into her books, always keeping a woman of strength and compassion at the heart of the novel. 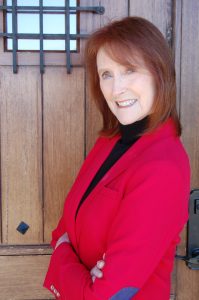 This blog tour is organized by Lola’s Blog Tours and runs from 17 till 30 May. You can see the tour schedule here. 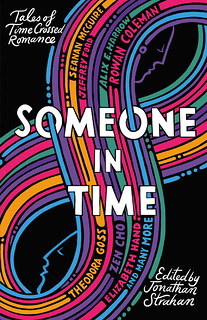 Time-travel is a way for writers to play with history and imagine different futures – for better, or worse.

When romance is thrown into the mix, time-travel becomes a passionate tool, or heart-breaking weapon. A time agent in the 22nd century puts their whole mission at risk when they fall in love with the wrong person. No matter which part of history a man visits, he cannot not escape his ex. A woman is desperately in love with the time-space continuum, but it doesn’t love her back. As time passes and falls apart, a time-traveller must say goodbye to their soulmate.

With stories from best-selling and award-winning authors such as Seanan McGuire, Alix E. Harrow and Nina Allan, this anthology gives a taste for the rich treasure trove of stories we can imagine with love, loss and reunion across time and space.

THE DAY AFTER Candace Stillwater broke his heart, Floyd Butler decided—with the reckless haste of a twenty- one-year-old who knows they must act quickly, before good sense intervenes—to go time traveling.

It wasn’t a difficult proposition: you simply took Exit 52 off I-70, halfway between Junction City and WaKeeney, and followed the signs for The World’s One and Only Time Machine. You bought a ticket from the amiable drunk at the front booth and waited while he unlocked the gate, and then you walked through a grove of cottonwoods until you came to the time machine, which isn’t really a machine at all. It’s a rough pillar of sandstone weathered into a shape not unlike an hourglass, carved all over with names and initials and faded hearts.

There was a lot of fuss when it was first discovered—minor wars, international espionage, secret government agencies with a bewildering array of acronyms—but when the stone failed to provide either profit or power, the land was quietly sold to a private entity. The Ticket Through Time Theme Park opened in the early ’70s, boasting a Chronological Museum, an overpriced supply shop full of pocket dictionaries and period clothing, and an extensive system of waivers. It lasted four or five years, when it became clear that the number of people willing to pay exorbitant prices in order to fling themselves like deranged darts through space and time, with no guarantee of return, survival, or even a good time, was sadly limited.

So the private entity sold the acreage to another, smaller entity, which eventually sold it to a Mr. Anthony Barton, who found that there were just enough cultists, conspiracy theorists, true believers, historical re- enactors, and desperate escapists to cover the salary of one full-time employee and send Mr. Barton to the Bahamas every January.

If Mr. Barton had been there the day Floyd Butler paid for his ticket, he would have put him without hesitation in the ‘desperate escapist’ category, and he would have been half-right: Floyd was running away from plenty of things (his next shift at the QuikTrip 24-Hour gas station; the deadly flat of the Kansas horizon; Candace Stillwater’s blue, blue eyes when she broke up with him; and the dizzy sense that he’d lost the plot of his own life) but he was also running toward something. He just wasn’t sure what it was.

He thought of it as an apple hanging just out of reach, perfectly ripe, gold-limned in the light of some new dawn. If he’d ever spoken of it to anyone, which he had not, he might have called it his destiny.

Floyd had to tap the glass of the front booth to wake the ticket seller, who squinted at Floyd’s bright blue backpack—stuffed with all the necessities a person might need on a journey through time or, more accurately, all the non-perishable food that was available in his mother’s kitchen before dawn this morning, when the idea had occurred to him—tore an orange ticket from a large roll, and said “Good luck” in a tone suggesting he would need it.

Floyd was undeterred. He walked through the gate with a swelling, billowing sensation in his chest, as if he were finally reaching out for that red, ripe apple. He would have touched the stone without breaking stride, without a second’s hesitation, if it hadn’t been for the man standing in the way.

He was a little older than Floyd, somewhere in that nebulous range between early-twenties and old, which were Floyd’s only categories. Floyd thought he might have been handsome, in a tensile, whippet kind of way, if he shaved those embarrassing sideburns and wore 21st-century clothing. His outfit looked as if it had been stolen from the cover of one of Floyd’s mother’s romance novels: high-waisted pants, a collared shirt, and a stiff red vest that Floyd suspected was called a waistcoat or a cravat, or possibly a cummerbund.

Floyd knew some time travelers chose to dress in period clothing, but this man’s costume had a geographical and chronological specificity that struck Floyd as thoroughly silly.

If he’d heard Floyd’s approach, he made no sign of it. He stood before the stone, staring at it with a strange, lost expression, as if he didn’t know why he’d come or what he ought to do next.

Floyd waited a polite minute before saying “Morning” in the same soothing tone he used to greet stray cats.

The man startled so violently he tripped over his own feet and very nearly fell against the stone. Floyd caught one flailing wrist—so slim and sharp it was like catching a tossed butter knife—and stood him gently back upright.

The man blinked several times, panting and rubbing his wrist. “Thank you.” He had a nasally BBC accent that made Floyd suspect he’d traveled much further than three counties to be here.

“No problem.” Floyd nodded at the stone. “I’ll give you some privacy, if you’re going first.”

“Going…?” The man looked at the stone, then back at Floyd, squinting as if Floyd were standing in much brighter sunlight than he actually was. “No, I wasn’t—that is, I’m just the, uh, groundskeeper.” He nodded vaguely at the trees, which seemed to be keeping themselves perfectly well. “You go ahead.”

But he looked so pale and alarmed, his pupils dark beneath the long fringe of his eyelashes, that Floyd found himself lingering. He extended the travel mug he’d stolen from his mother an hour earlier. “Coffee?”

The man took the mug with long fingers, sipped cautiously, gagged, and said “How kind” in a slightly hoarse voice. He must have been the sort of person with a Starbucks order and a French press; Floyd generally just microwaved yesterday’s leftovers and stirred in so much powdered creamer it left a pleasant chemical film on his tongue.

“You keep it,” he said magnanimously. “I’d better be heading out.” Floyd tightened the straps on his backpack, hoping he looked like a dashing explorer rather than a Boy Scout.

“Where are you going?”
For some reason—because the man’s eyelashes were really quite long and he was looking at Floyd with such a pleasingly wistful expression, or because Floyd was filled with the ebullience of someone who has a feeling he will not be in Kansas for much longer—Floyd told him the truth.
He shrugged, smiling, and said, “To find my destiny.”
He touched the stone and disappeared. 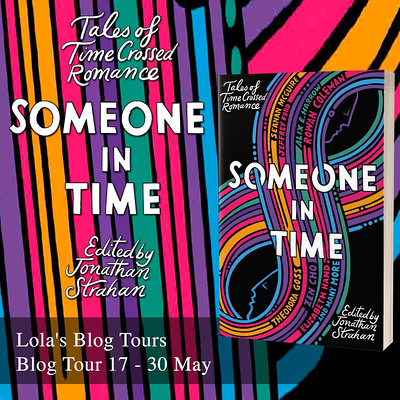 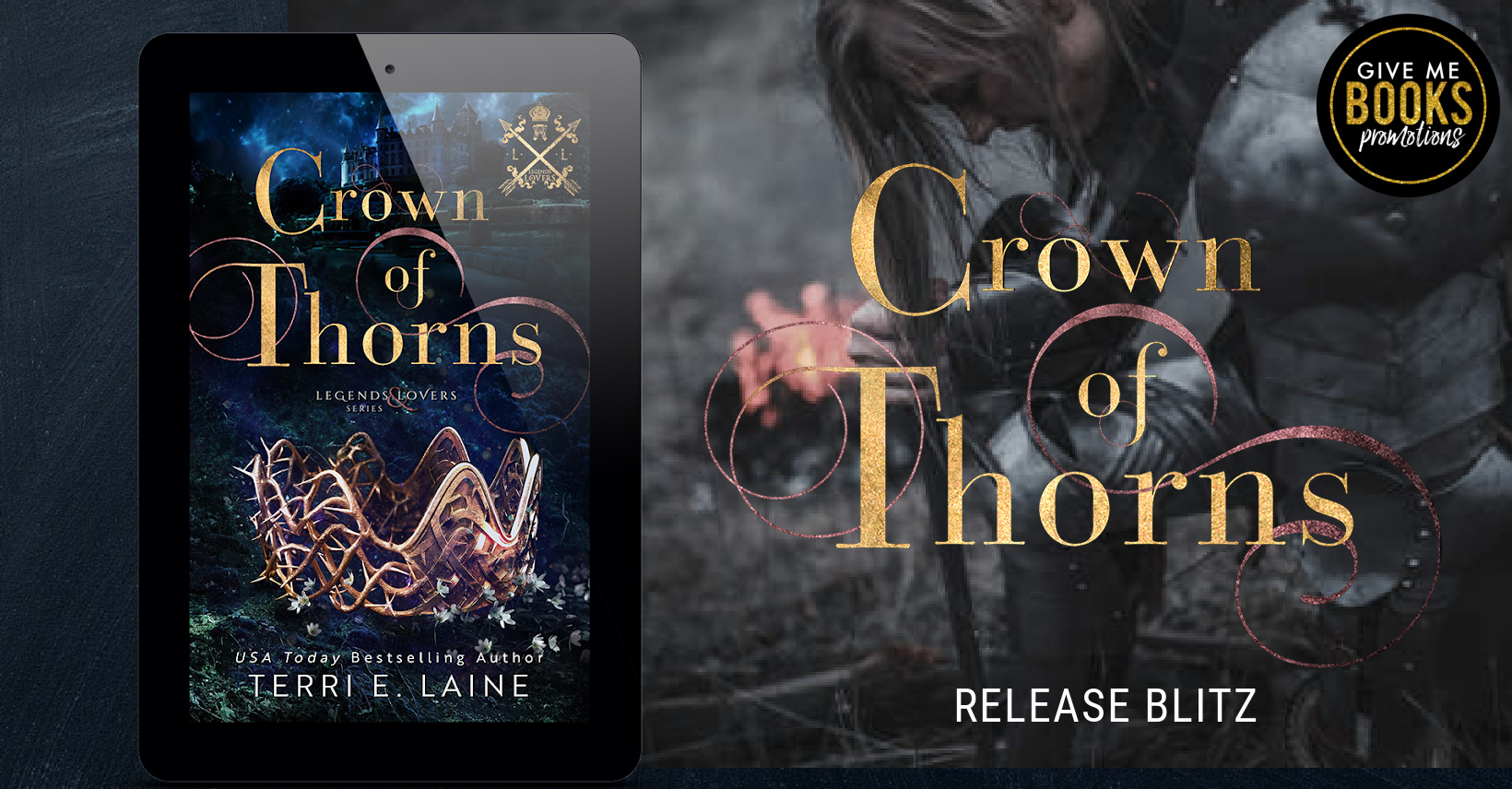 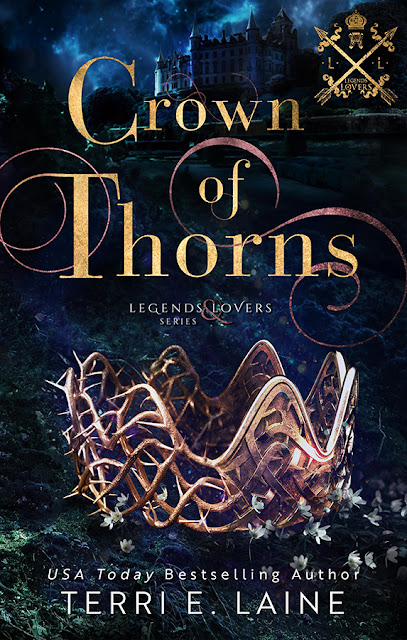 A Legends and Lovers Series Standalone
Author: Terri E. Laine
Genre: Paranormal Time Travel Romance
Release Date: April 19, 2022
BLURB
Innocent eyes shadowed in the darkness that enveloped us cast a hopeful gaze up at me. Only their light can’t pierce the blackness of my soul. Her dreams of being saved by me are foolhardy at best. At worst, I’ll damn her soul to an eternity of pain like the crown of thorns upon my head. But letting her go is not an option.
ADD TO GOODREADS
LEGENDS AND LOVERS SERIES 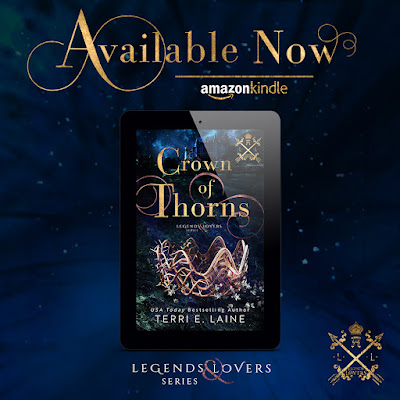 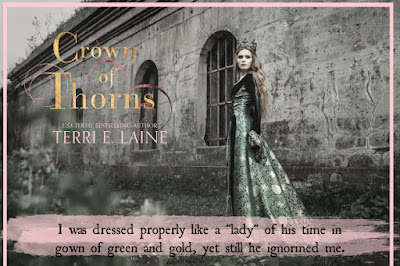 AUTHOR BIO
Terri E. Laine, USA Today bestselling author, left a lucrative career as a CPA to pursue her love for writing. Outside of her roles as a wife and mother of three, she’s always been a dreamer and as such became an avid reader at a young age.
Many years later, she got a crazy idea to write a novel and set out to try to publish it. With over three dozen titles published under various pen names, the rest is history. Her journey has been a blessing, and a dream realized. She looks forward to many more memories to come.
You can find more about her books at www.terrielaine.com.
AUTHOR LINKS
WEBSITE
FACEBOOK
TWITTER
INSTAGRAM
AMAZON
BOOKBUB