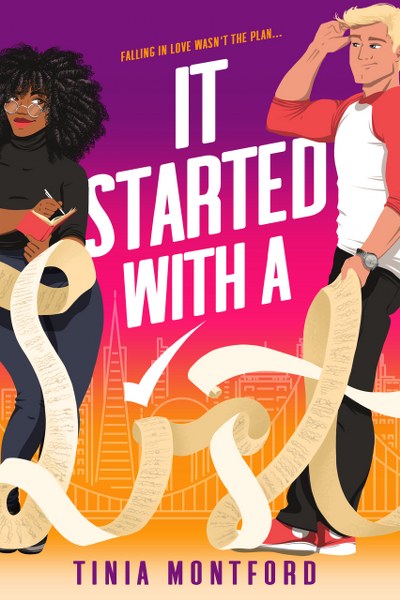 A BUCKET LIST. THE POPULAR GUY. A LONER. WHAT COULD GO WRONG?

Time’s up for Vassa Blackwell.

With her college graduation looming, Vassa reflects on the past four years. Man, she is mega disappointed. No wacky misadventures, no drunken nights, and no regrettable mistakes you can NEVER tell your parents. Work and class, Class and work. That’s it. College is suppose to be the best years of one’s life… Right?

Vassa feels as though she’s cheated herself out of a full college experience. Notably with romance and boys and stuff. So, she makes a college bucket list. Then the worse thing ever happens.

Her list falls into the hands of Lazarus Gilbert. King of the baseball team, sworn enemy (in her opinion), and her annoying upstairs neighbor. He thinks he’s found something fun to do. She thinks she’s in trouble. With the pressures of post-college decisions and failing classes looming, can they complete the bucket list before the semester runs out? Are Vassa and Lazarus just too different to get along? Or will Vassa learn to live and let live, and let love enter her heart?

It Started with a List is an opposites-attract romance. Perfect for readers who love drunk karaoke, spring breaks to Las Vegas, and sea lions at Pier 39. This novel contains cursing and sex scenes, and intended for audiences 18 years and older.

Craning her neck back, she looked at the sign. “Crooked Cloud Lounge. Sounds like a brothel.”
Lazarus threw his hands up. “Karaoke!”
Vassa shook her head. There was no way. She wasn’t drunk enough for that. She turned around when he pulled her arm. “C’mon, you can do it.”
Vassa shook her head. No, no way. She sang off-key in the privacy of her shower. He dragged her into the establishment anyway. The place was empty. Just a bartender and a bunch of standing tables. In the corner was a couple, a sleeping security guard, and a random businessman on his phone. He brought her to the table in the middle with a thick binder.
“We’re not leaving till we each do a song.”
Vassa shook her head still. She was the audience. The one that clapped and cheered for the people that were obviously horrible, but had self-esteem (and liquor) through the roof.
“We should just go home; it looks like it’s about to close, anyway.” Vassa looked around.
“How about Smashing Pumpkins, or are you feeling Michael Jackson at the moment?” Lazarus flipped the page.
“I’ll watch you do it. I need more liquid courage,” Vassa said.
He frowned. “You have to live, Vee. When are you ever going to get an opportunity like this again? A nearly empty karaoke bar and me?”
She tried to ignore how he was kinda making sense.
“Let’s get this over with.”
Lazarus smiled. “Now we’re talking.”
Flipping through the binder, she felt overwhelmed by the selections. Should she pick something classic? Off the Wall or Slippery When Wet? Or something modern?
“I’ll get us shots while you look.”
He left and Vassa looked around the room again. At least she didn’t know anyone here. They would only know her as the stranger who couldn’t hold a note. She was doubly grateful Dara wasn’t here to record. She tapped her hand against the table as her eyes scanned the names of the songs, but she found nothing was calling to her.
“Did you pick yet?” Lazarus sat the shots down onto the table. Six shots. Three for him, and three for her.
“Three shots at once?” Her liver was crying.
He rubbed his hands. “We can’t do this sober, can we?”
“What is it?”
“Tequila.”
Vassa made a face. “No vodka?”
“They were out.”
She resigned herself and reached for the lime and salt. “You’re going to have to pick me up off the floor.”
“Someone might have to pick me up,” Lazarus muttered and passed the shots to her. “Back-to-back, no stopping.”
She placed the salt on the curve of her thumb and picked up the first shot. Lazarus counted down. On three, she licked the salt and took the shot. She shivered as she swallowed, the liquor burning every tastebud on the way down. She tried to ride out the burn for as long as she could before biting into the lime. She looked at Lazarus, and he looked as winded as she did.
“That was one,” he gasped.
Vassa steeled herself as they tossed back the next two shots. She was feeling pretty warm at this point. They let the alcohol kick in longer before they went up.
“What did you pick?”
He closed his eyes leaning against the table. “It’s a surprise.”
They let the bartender, who was also serving as the DJ, know what their songs were. Lazarus grabbed another round of shots. The TV on stage turned on and the strobe lights whirled. The first cords of the song played and Vassa didn’t recognize it at first, but then she looked at Lazarus, who moved toward the stage.
“No, you didn’t.”
He winked before jumping onstage. Vassa covered her face. No, he wasn’t doing this. Peeking through her fingers, she saw him roll his shoulders back like he was getting into a fight. The beat of “I Will Survive” by Gloria Gaynor started.
Vassa shook her head at him. No, he really wasn’t doing this. He pointed at her and shook his hips. This was not happening right now. The tequila was kicking in because she was hot and her body felt loose. She swayed to the beat and clapped as he hit the chorus. Lazarus pranced across the tiny stage. It was like a reject strip show. He gyrated his hips, pointing to the couple off to the side and then the businessman too.
He didn’t care that he was singing off-key. The couple cheered for him. Even sleeping security guard woke up.
Lazarus worked the small crowd. He jumped down from the stage and walked around the empty tables, dancing. He looked at Vassa and made a come-here motion with his finger. She shook her head as she laughed. He came to their table and pointed the mic directly in her face.
“C’mon, sing Vee.”
The music continued to play, and she shook her head again. The surrounding people chanted for her to sing.
Lazarus looked at her, and with the demand of the crowd, there was nothing she could really do. She sang a line before backing away from the mic. He said the next line and pointed the microphone back.
“Don’t leave me hanging!” He wiggled his fingers.
Vassa sang. They took turns for a few more seconds before he moved on, dancing around the tables. She clapped her hands together with the rest of the crowd. When the song finally ended, he did a bow. Vassa cheered for him. He passed the couple, and they reached out to high five.
Lazarus took a shot at the table once he came back.
“I don’t know what to say.” Vassa blinked slowly, her hands on her face.
“There’s nothing to say. You just saw a master at work.”
“If baseball or event planning don’t work out for you, maybe you could be a drag queen?” 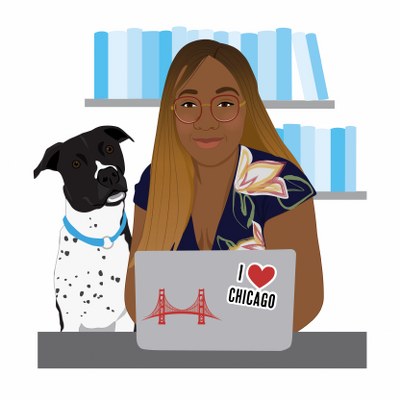 Tinia Montford is a Pisces who’s a sap for romance, especially when there’s (loads of) kissing. Loves eighties sitcoms and will consume anything with chocolate. She graduated from the University of San Francisco with a degree in English and Graphic Design.

She is a world traveler having climbed a volcano in Nicaragua, scaled Angkor Wat in the blistering sun, and basked in the Acropolis of Athens. Oh, she also dabbles in short stories on occasion and blogs.

You can catch Tinia here and sign up for her newsletter: tiniamontford.com