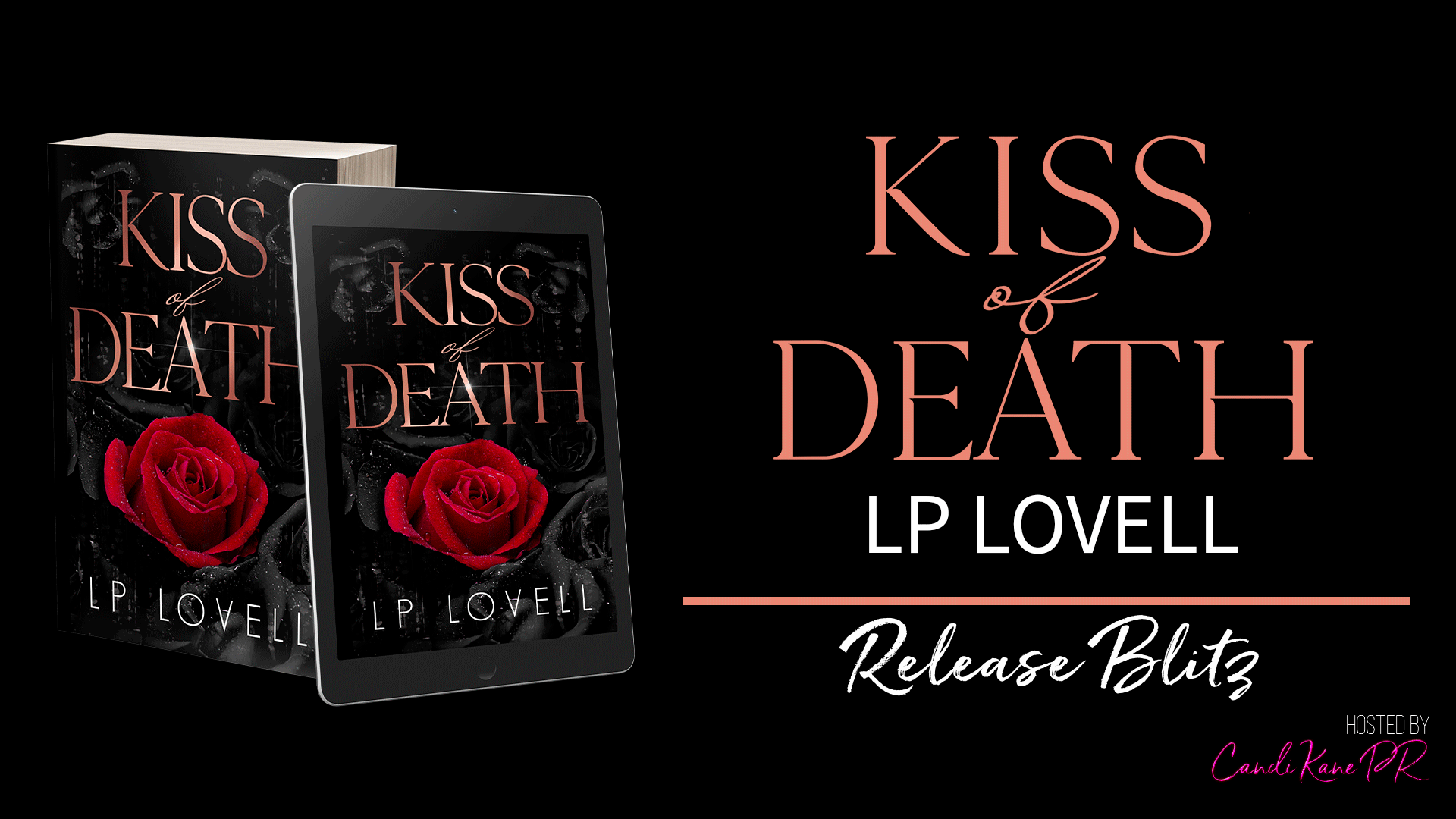 I’m an assassin of the Bratva, raised and trained to be strong, to be a cold killer. But even I have a weakness, and Nero Verdi will regret using it against me. He’s my enemy, so why do I get such a thrill when his fingers wrap around my throat? Why am I addicted to the brutality of his touch?

They call her The Kiss of Death, and I have the one thing she wants above all else. She’s nothing more than a weapon, a ploy for power, and yet I find myself wanting to dance with death, to possess her. I crave the kiss of her blade just as much as her lips. And that might just get me killed.

A game of power. An obsession that would see the world burn at their feet. A bloodied king. A broken queen.

Kill me or kiss me?

About LP Lovell:
Lauren Lovell is a ginger from England.

She suffers from a total lack of brain to mouth filter and is the friend you have to explain before you introduce her to anyone, and apologise for afterwards.

Lauren loves a mildly…or not so mildly psychopathic hero, and a dark, twisted tale.

Warnings: Please be advised this book contains graphic violence, torture, and murder. It also includes non-con, psychological torture, and various kinks. The book also includes significant homophobic scenes. Some readers may find this material triggering. It is intended for a mature audience 18 years of age and up.

Out of Nightmares can come Dreams

Allesandro
My fury consumes me. Nobody is safe from it. I will bring my Emilio home. I will rebuild my empire. I’ll demolish anyone standing in my way.

Emilio
He thinks he has me beat. He thinks he’s in control. If there’s one thing Master taught me, I make my own destiny. I’ll claw my own way out and when I do they’d better prepare. Nobody has ever seen the likes of me.

What happens when vengeance and fury twist together?

This is a continuous series. The first three books must be read prior to this one. Book 5 releasing early 2021.

I wake up from my nap gasping. The memory of Daniel dying is rushing through me as I push through the last remnants of sleep. I lie there for a moment, trying to reconcile everything. I’m not sure who to be the most pissed at. I knew he wasn’t happy, he said I shouldn’t have taken him out of the hospital. His urges were too much for him to handle, but damn, he could have talked to me. I bite my tongue hard enough to draw blood when I think of Eamon. Fucker put Daniel in that situation to take that bullet, hiding the knowledge that they were real, because if I’d known then, fuck no, I wouldn’t have allowed it. He never understood brotherly love, though. I shouldn’t have waited. I should have taken Eamon out first. But it’s too late for that.

Lio. Lio pulled the fucking trigger. A deep growl builds in my chest. I loved him. I gave him everything, and he repaid me by killing my brother. Daniel’s voice echoes in my brain about needing to keep calm, not to punish Lio for not being perfect, but damn it, Lio has always been perfect. It’s why he’s mine. It’s why I found him, took him, and did everything I could for him. I take deep breaths, trying to rein in the anger and the poisonous hate that wants to spread. Maybe I just need to push him more, make him earn his forgiveness. I’m not fucking sure at this point if that’s possible, but maybe it’ll work. Maybe I can recapture our love. Maybe…

I startle when I notice he’s not in bed with me. I’ve been so lost in my head. Memories of what I did earlier float in my mind, and I quickly move to look at the floor. I exhale forcefully when I see him. I feared for a split-second that he’d escaped, but he didn’t. It means he knows he needs to be punished, he needs it the same way I do.

He doesn’t raise his head even as I move. I know kneeling for so long must be hurting his knees, but I don’t give a shit. I reach out and grab his hair, forcefully bringing him up and onto the bed. The way he scrambles slowly to move tells me how stiff he is from holding the same position for so long. I violently push him on his back and straddle him, grabbing his throat with my hand and squeezing. He doesn’t fight back, although I wish he would. His face steadily changes color, and tears roll down his face, making a pathway through the dried cum, but still, he doesn’t fight. The most he does is tilt his head back to give me better access. I wrench my hand off his neck, letting him draw in huge gasps of air. I punch the pillow by his head, barely missing his face. That, at least, draws a reaction from him. The flinch and fear. I want his fear. I need it.

Leigh is a dark M/M romance author from Texas with two needy terrors of terriers and a chaotic family. She considers coffee a major food group and her family fears broken coffeemakers. She writes in her spare time, forced to the keyboard by characters entirely too vocal in her opinion and often falls victim to plot monkeys. In between creating mayhem with her characters and friends, her hope is to transport readers to fictional places and provide darkness with a twist.

Enter the Rafflecopter Giveaway for a chance to win a $10 Amazon Gift Card.