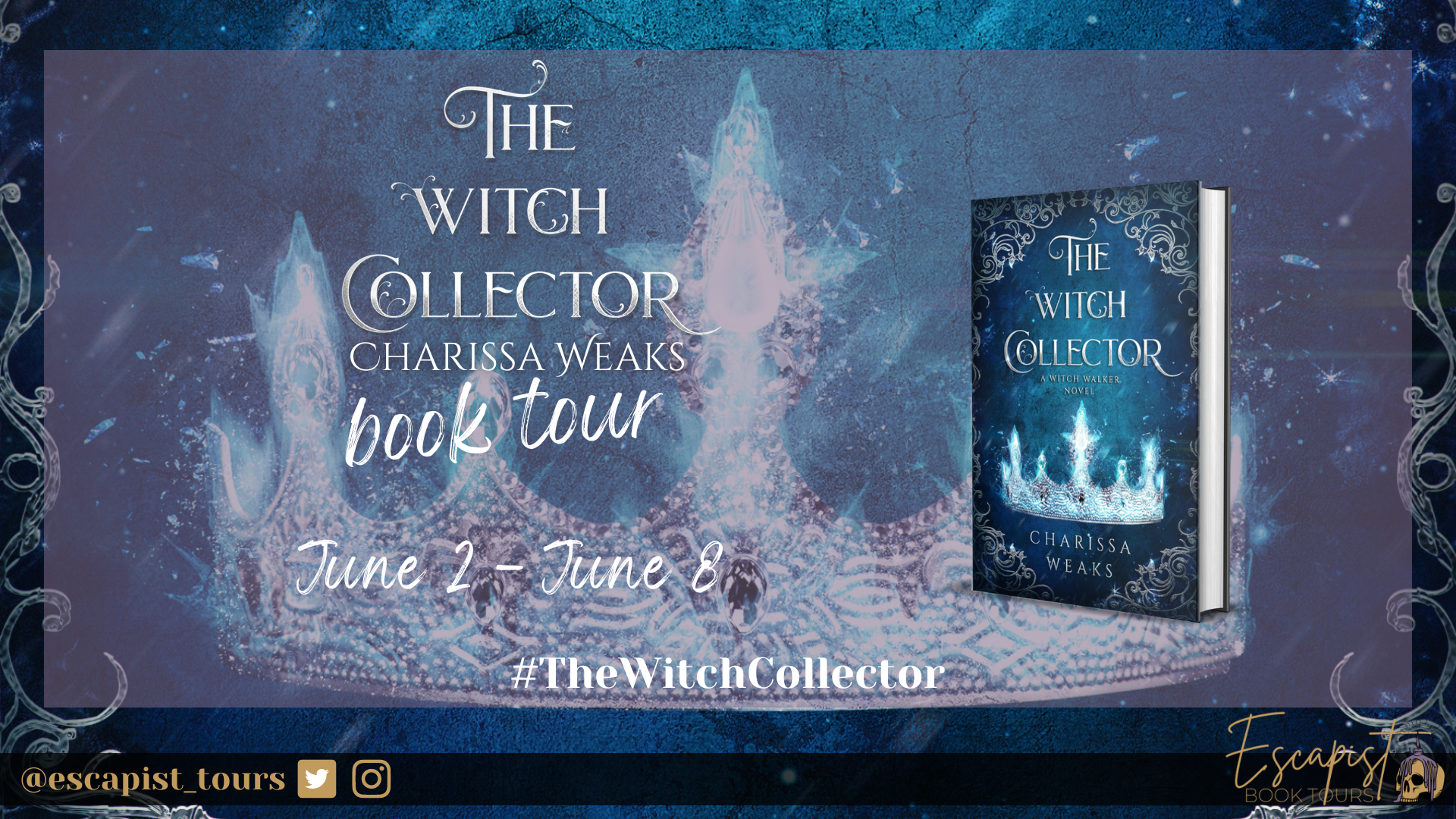 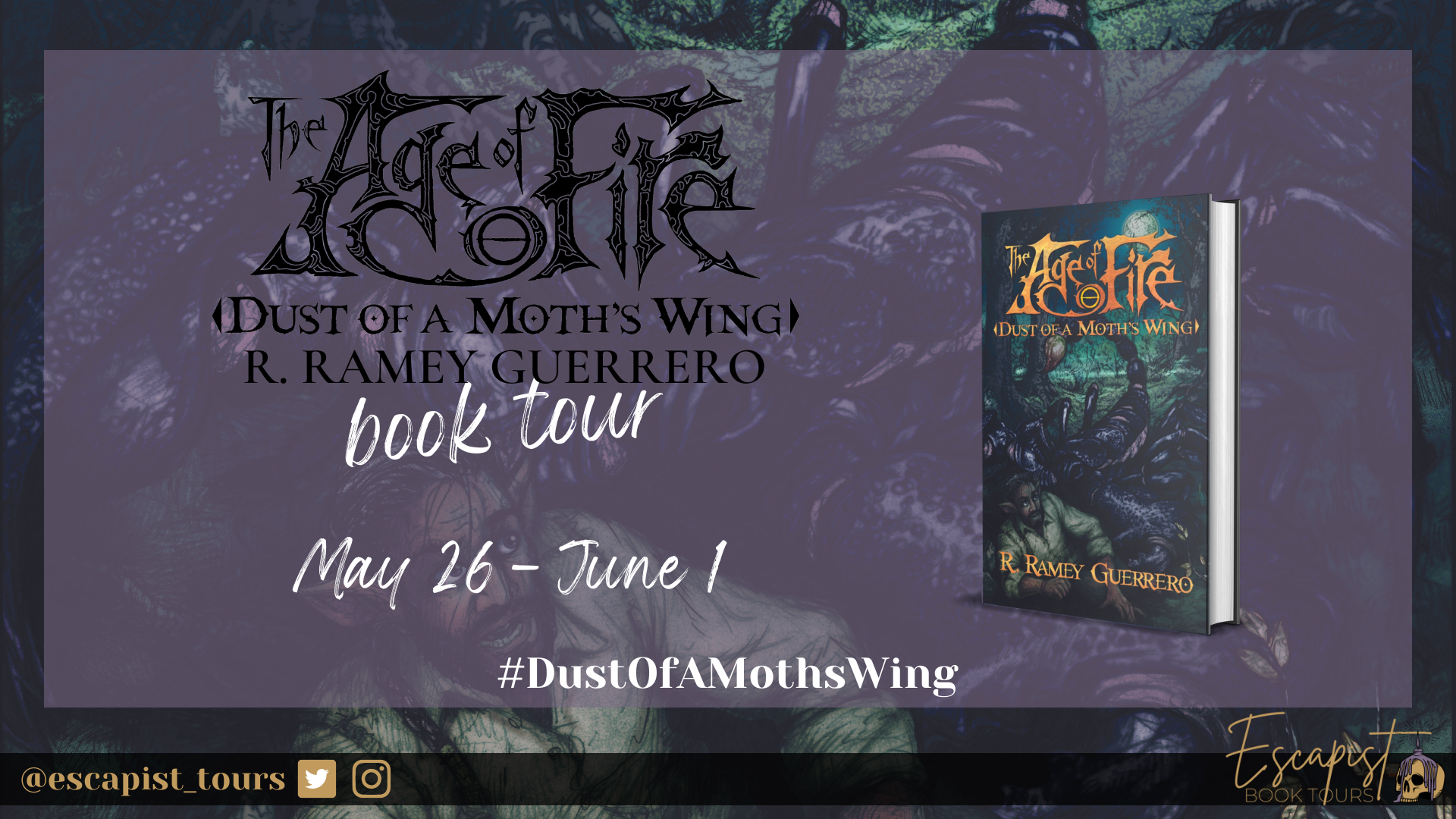 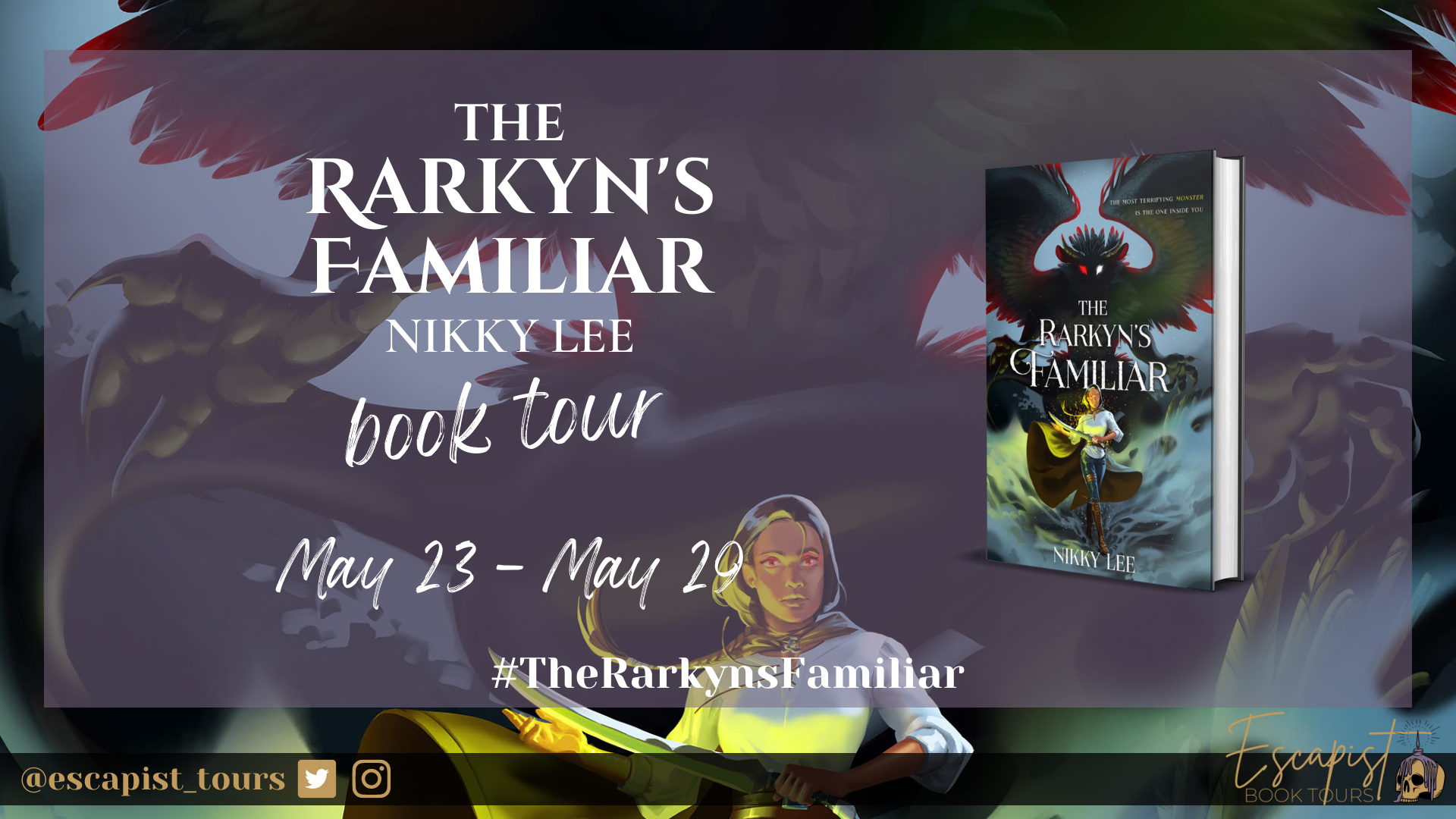 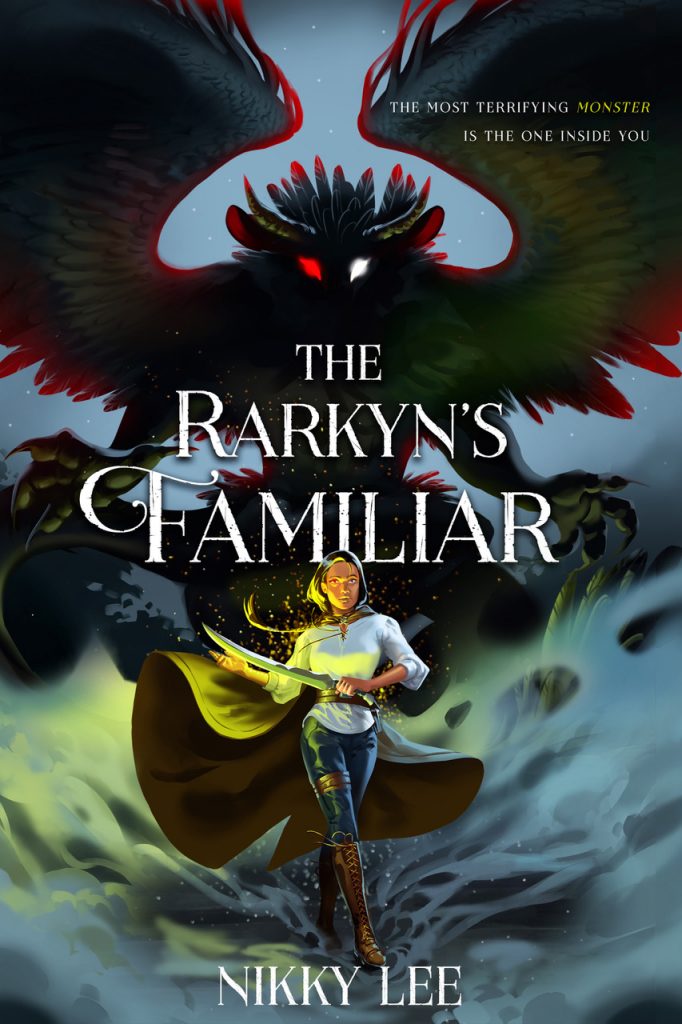 An orphan bent on revenge. A monster searching for freedom. A forbidden pact that binds their fates together.

Lyss has heard her father’s screams; smelled the iron-tang of his blood. She’s witnessed his execution.

And plotted her revenge.

Then a violent encounter traps Lyss in a blood-pact with a rarkyn from the otherworld and imbues her with the monster’s forbidden magic. A magic that will erode her sanity. To break the pact, she and the rarkyn must journey to the heart of the Empire. All that stands in their way are the mountains and the Empire’s soldiers—and each other.

But horrors await them on the road, horrors even rarkyns fear. The most terrifying monster isn’t the one Lyss travels with…
It’s the one that’s awoken inside her.

He crouched atop the shattered planks of Archer’s wagon, a chipped and ragged rock in his talons, poised to strike the manacle around his wrist. Break this time.

He swung the rock, smashing it into the metal. The rock shattered, crumbling in his hand, its grains bouncing down the mound of mud and splintered wood to the gully floor.

“Aether damn you,” Skaar exploded, grabbing the chain and rattling it.

Skaar froze. Pressure slithered up his arm and he gritted his teeth. Cold seeped through feathers into skin, threatening to stab deeper, right down to bone. He stood, quivering, sucking in one slow breath, then another. The glow faded. Close call.

He kicked a half-buried axle and when the wood didn’t give, he swore as pain bloomed in his toes. The chain rattled under him, iron manacle chafing his wrist as he hopped about, wings flared, tail whipping the underbrush, hissing curses under his breath.

No matter how he looked at it, the manacle was an ordinary piece of metal. He crouched over it again, wedging a talon into the lock, twisted, failed, and then tried to dislodge the pins for the hundredth time that morning. The problem wasn’t the metal.

Metal he could handle—except for silver. It was the galdar runes spelled on top of it. The glow in those cursed letters, scratched and scored into the iron, refused to die. Magic was annoyingly potent in the hands of humans—when they could use it.

As far as landslides went, this hadn’t been a big one. But it had been big enough. The mound stretched from top to bottom of the narrow ravine. Archer’s wagon lay overturned in the rubble, metal cage twisted, shattered wheels bared to the world like wooden ribs. Above, the cliffs loomed, threatening to dump another load of rubble on top of him.

That he’d survived the first slide at all was a miracle. Locked inside the wretched wagon, he’d bounced within its tumbling mass all the way to the bottom, the final impact turning his mind black. He was sure it had taken him at least a day just to summon the will to open his eyes again, skull throbbing as if someone had carved it open with a rusted knife. When he’d probed the raw lump on the back of his head, the world had swum, and he’d doubled over and retched into the dirt.

Now here I am. Skaar shot the chain a savage look as it lay coiled in the mud. Trapped and exposed in the middle of human territory. A hare out in the open.

A breeze wafted the scent of musty earth over him, along with something else, a thick sour stench he knew too well. Death.

Probably the horse. With any luck, Archer too. And good riddance. If Skaar never saw that accursed mancer again, he’d die a happy rarkyn.

Which might not be far off if he couldn’t get free. It was only a matter of time before the runes became too weak to bind him.

Human galdar was like that. Their magic was strong but short- lived. If his captor was truly gone in the landslide, the runes’ power would soon fade. But who knew how long that would take?

A fine thing it would be to die of starvation or at the hands of some yokel one day, only for the sigiled manacle to break the next.

He reached for the talisman about his neck and held it up to the light. Aloft in the air, the jagged rock of quartz spun in a slow circle. The lifeless rune carved into it—a memento from happier times—sent dapples of light over the forest floor and reflected a mud-crusted face back at him.

Reythr, you look like something a ginndir chewed on and spat out. Dirt clung to his wasted limbs like a crusted scab, getting under every feather, into every orifice. Skaar scratched the mud- clogged crest atop his head. Grit rained from the long plumage and stuck in the ridge of feathers along his nose and brow.

He sneezed, teeth nearly taking off his tongue, and grimaced as a fresh throbbing started in his head, just under his horns.

He ran a talon over the rune in the crystal talisman: an old habit unbroken.

Unlike the manacle, this piece of galdar working had been made for his tampering, but he’d drained the rune’s magic long ago.

He gave it a shake. “Useless thing.”

The crystal gleamed back at him. Dead. A mirror was about all it was good for.

He let it drop with a sigh.

Forcing his eyes closed, Skaar leaned on the mound, willing himself to rest.

A cloud fell across the sun.

Eyes shut, all Skaar knew was the warmth seeping into his bones left. He scowled, impatient as he waited for the warmth to return. It didn’t. A faint, rustling footstep triggered a warning in his head. He vaulted to his feet. Too late.

A dart bit into his neck. His jaw dropped; a brief cry of surprise escaped him.

Humans, was all he had time to think before the world teetered and turned black.

Taker the Quiz: Which Rarkyn Are You?

1. Tell us a little about how this story first came to be.
There was no one lightbulb moment for The Rarkyn’s Familiar, instead, it was a collection of elements that came together over time. The core idea—two people overcoming their differences—is a trope I enjoy immensely in fantasy, particularly in works such as Jonathan Stroud’s Bartimaeus Trilogy and The Thief by Megan Whalen Turner. I also love the animal/monster companion trope after reading Tamora Pierce in my teens and Robin Hobb in my early twenties, so when I started piecing together the characters of The Rarkyn’s Familiar together, these two tropes were on my must-have list and eventually wove themselves into one.

2. What, if anything, did you learn when writing the book?
In terms of writing craft, I learned a lot about character arcs for this book. I’d always considered character crafting my weakest skill, and for a long time, my characters took pages and pages to feel more than 2D. But over time and writing a lot of short fiction between edits it clicked.

I also learned a lot about how to slip world-building elements into a story. The first original draft of The Rarkyn’s Familiar had huge chunks of world-building exposition that I cut and then had to figure out how to trickle back in without slowing down the story.

3. What surprised you the most in writing it?
How quickly the story came together when I finally put my mind to it. The earliest, almost unrecognisable, pages I have of The Rarkyn’s Familiar are from around 2006. I rewrote them in 2009 for a university assignment and continued through to about 20k-30k. Then I stopped. The story languished on my hard drive for nearly 9 years before 2018 rolled around and I decided it was well and truly time to finish it. The remaining 100k of the book took about 8 months to fully draft.

4. If it’s not a spoiler, what does the title mean?
The Rarkyn’s Familiar is a fairly simple title. Rarkyn is the race name for the monster the protagonist finds herself in a magical bond with. ‘Familiar’ alludes to the witch’s familiar trope. When I put the title together, I liked how it referenced the way the story twists this trope—the familiar isn’t the monstrous rarkyn, but our human protagonist.

5. Were any of the characters inspired by real people? If so, do they know?
Not consciously inspired. My characters tend to be inspired by other characters I’ve read or watched on the screen. Diane from Tamora Pierce’s The Immortals along with Mia from Jay Kristoff’s Nevernight and San from Princess Mononoke were strong inspirations for Lyss. Meanwhile, inspirations for Skaar came from the lyrinx in Ian Irvine’s The Well of Echoes series as well as from various mythologies.

6. Do you consider the book to have a lesson or moral?
There are several. Not to judge a person before knowing their story, the question of what makes a monster a monster, and the corruptive nature of power.

7. What is your favorite part of the book?
Oddly, I had a lot of fun writing the middle of this book where Lyss and Skaar are learning how to work together, with various mishaps and misunderstandings along the way of course.

8. Which character was most challenging to create? Why?
Lyss was by far the most challenging, probably because we spend so much time in her head. She is a character of many contradictions, she’s capable in some areas but totally inept in others; sometimes she’s worldly and other times she’s naive. Trying to get all these elements of her character to align in a way that felt natural (and logical) was difficult. As she was working out who she is in the story, I was working out what kind of character she was too. I must have changed her name half a dozen times until I landed on a version of her that finally worked.

9. What are your immediate future plans?
Currently, I’m working through the edits for two short fiction pieces for a couple of anthologies. Once those are off my desk it will be onto the edits for book two of The Rarkyn Trilogy. 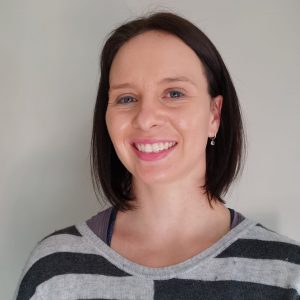 Nikky Lee is an award-winning author who grew up as a barefoot 90s kid in Perth, Western Australia on Whadjuk Noongar Country. She now lives in Aotearoa New Zealand with a husband, a dog and a couch potato cat. In her free time she writes speculative fiction, often burning the candle at both ends to explore fantastic worlds, mine asteroids and meet wizards. She’s had over two dozen stories published in magazines, anthologies and on radio. Her debut novel, The Rarkyn’s Familiar—an epic tale of a girl bonded to a monster—was published with Parliament House Press in April 2022.

To enter, fill out the form below:
https://www.glynnstewart.com/space-fantasy-hardcover-giveaway-contest/