I am thrilled to be hosting a spot on the BELIEVED by Michael James Emberger Blog Tour hosted by Rockstar Book Tours. Check out my post and make sure to enter the giveaway! 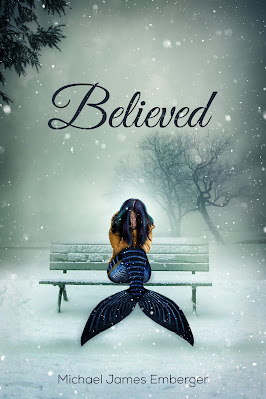 Kelsea Jones is like a lot of girls at the University of Northern Minnesota. She has a boyfriend, she works at a coffee shop, and she’s on the swim team. But she’s not a girl. She’s a mermaid. Trouble brews when star hockey player Chad Andersen takes an interest in her. She tries to avoid him, but he won’t leave her alone. A son of wealth and privilege, he takes what he wants, and he gets away with it. He wants Kelsea, she says no, and so he rapes her. Kelsea stands on a tail and two fins to fight the most painful trial of her life. Despite her trauma and a crisis of faith, she speaks the truth of what Chad did, but will she be believed?

A note from the author:
1 out of 4 college girls experiences rape or sexual assault. That breaks my heart. It’s a crime that has affected people I love, and it has to stop. This novel is my way of raising awareness and showing survivors that someone hears them.

Believed is a product of my friendship with a survivor who is an author and advocate. She opened my eyes to a world of trauma and PTSD that had been largely invisible to me before I met her, and it was life-changing. I needed to share that with others. The burden on my heart was too great to not say something, and fiction is the method I know best to convey the thoughts, truths, pains, and struggles that I see.

Sexual assault is not my story. I haven’t experienced it, I don’t live with the resulting trauma, and I do not wish to profit from the pain of survivors. This is a book for them. It’s a book for those who love them. It’s a book to encourage readers to think and to empathize and to consider the realities of so many whose lives have been affected by this crime. If you purchase a copy here, know that the prices are the minimum allowed. I make no royalty on print copies. If you would like to read for free, you can download the book at my website.

If you find value in this work, please consider donating to an organization that fights against sexual violence or offers support to survivors. Tell your family and friends about the book. Review it online. Let the survivors in your life know that you care, that you believe them, and that you are there for them.

Mr. Johnson and his wife stop by our pew. “Merry Christmas,” he says. He exchanges greetings with my parents, but he doesn’t make an effort to extend his good will much beyond them. He doesn’t understand why I’ve shut him out. He doesn’t get how his words were hurtful. But that’s not my problem, and I shouldn’t have to explain it to him. It shouldn’t be my responsibility to educate him. That burden shouldn’t rest on my shoulders. Even if he has his doubts, would it kill him to show some compassion and kindness? Would it really be so hard to have some empathy?

Men like him must think this is just some minor annoyance that girls deal with. It’s something we blow out of proportion. We. Girls. Women. Mer. As much as we’re different, we’re also not. We all face this part of being a woman, and Mr. Johnson is not one, so it’s not something he has to think about. He didn’t rape anyone, so it’s not his concern. It wasn’t his daughter, so it’s not important. It’s a female issue that we should handle on our own without bothering anyone.

I watch as he greets one of the elders. They shake hands and laugh. But would they act differently if they realized how much I need them? Would they understand if they could truly see how it feels? I need them to believe me. I need them to care. I need them to make this their issue, not just mine. I’m sure other women and girls and Mer carrying similar wounds would agree. We need to know that we’re not alone. We need them by our side. We need them to talk to their friends—to other men—so that guys like Chad don’t think their actions are okay. We need them to say that it’s wrong, out loud, and not only after the fact. It’s the only way things will change. 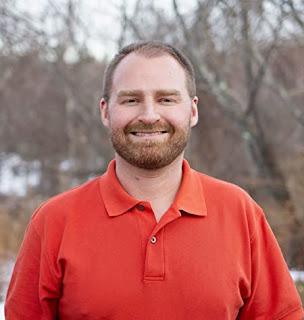 Michael James Emberger is an author of thrillers and suspense residing in Wilton, NH. He enjoys weaving narratives of conspiracy and misguided intentions around divisive topics. Where there is debate, there is always room for a villain with goals far out of alignment from either side. Michael is a graduate of Messiah College, where he studied Engineering and met his wife racing solar cars cross-country. When he’s not working on home renovations or writing, he enjoys visiting the ocean and exploring the majesty of God’s creation on the summits of New Hampshire’s mountains.

Michael wrote Believed, a heartbreaking and inspirational tale of a Mermaid in college in Minnesota. It was the most difficult book he’s ever written, but also the most important. He’s made it available for free in audiobook and e-book formats, and he hopes it will encourage and inform.

Blast From the Past

The small town of Summersville has a big problem. They must come up with two million dollars in a very short period. In a surprising twist, that exact amount is dropped off at the door of the courthouse. Who left it and why; who is the mysterious man in town and why is he asking questions about the gold ol Herman Jones was supposedly found and buried? Why does this stranger seem so familiar?

Was there really gold in the surrounding mountains? Found out how the townspeople cope with the sudden wealth and the news of the return of Melanie Jones’ high school sweetheart. Melanie Jones’ ancestors founded the little town, what secrets is she hiding?

This is a story of Cagney and Lacey meets Thelma and Louise. Follow Jamie and Melanie as they investigate the town’s new wealth, and the mysterious stranger.

Madlyn Marshall is the Founder of G.R.A.C.E. Ministry and G.R.A.C.E. Publishing, Inc., who aspires to empower the Christian community with the gems of knowledge of biblical principles relating to money management. A dedicated humanitarian and evangelist, she devotes her time to helping others eradicate the complexities from the process of financial management, budgeting, and consumer credit. Madlyn holds 40+ years of experience serving Corporate America in the field of Credit & Collection and served as the Chief Financial Officer at the local church for over 13 years. She strives to channel all the knowledge & experiences to help others learn the art of managing finances and get one step closer to achieving financial freedom.

Madlyn Marshall is also a zealous Author who aims to inspire a change with her words of wisdom, faith, and encouragement. She writes journals, short stories, poems, and books to empower the community and help people accomplish their financial goals & achieve prosperity. A survivor of physical & emotional abuse and a young witness to spousal abuse, Madlyn has risen above the worst of times with the power of faith. She serves as a beacon of hope for young women who are lost in the abyss of hopelessness and yearning to find a way out of the misery & desolation. Madlyn is laying the foundation for G.R.A.C.E House, that she hopes will begin to break the cycle of misery and help women heal emotionally and physically from the scars of abuse.

Driven by the desire to build a happier world for the generations of today & tomorrow, Madlyn Marshall aspires to inspire a change through education, encouragement, and restoration. She writes with the sole purpose to empower others and help them strengthen the walls of faith and turn to God as the only eternal source of strength & provision. Through her publishing company, Madlyn also provides a platform for aspiring authors to catapult their writing career and play an integral role in empowering the community.

Over the years, Madlyn Marshall has received numerous accolades for her contributions to the community and was the recipient of the National Coalition of Women Ministry Esther Award 2013. She holds the Competent Communicator and Competent Leadership Certifications from Toastmasters International and is an active member of the Georgia Christian Business Network. Madlyn also sits on the board of directors of the Words of Comfort Ministries, Inc.

Besides this, Madlyn Marshall cherishes spending time in the company of her friends & families and actively participates in self-development activities. She has served as the Chief Financial Officer for multiple non-profit organizations and believes in the notion of empowering the people as they are the roots of a strong & healthy community.