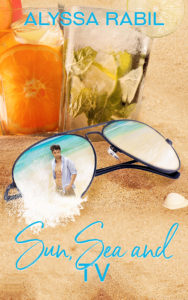 Taylor is an actor on a show called According to Us and Everett is one of his costars. They’re best friends until one day, after filming a kiss on set, their relationship changes into something unexpected. Fans of the show have wanted their characters to be together for years. Only after the kiss is cut from the show does that relationship seem like a possibility.

Unfortunately, Taylor is engaged, and after he develops feelings for Everett, he must make a choice—his fiancée, or his best friend.

Everett has loved Taylor for years. Their kiss is something he will cherish forever. But is it the only moment they’ll have together?

After someone finds out about their feelings for each other, Taylor and Everett take to the sea for an adventure. They must learn to navigate the waters of their new relationship and survive a potentially deadly storm before finding true happiness.

The waves thrashed against the boat, threatening to capsize it.

Taylor held Everett against his chest and said a quick prayer. If they made it through the storm, they’d be all right. If Everett would wake up. If Taylor could get the navigation system up and running.

They were huddled together below deck in the cabin.

Taylor bowed his head. He wasn’t a believer in higher powers. Maybe that was why he felt so alone in the darkness of the storm.

He wasn’t sure what was wrong with Everett. Lightning had struck near the boat. Everett had been up and barking orders one minute, then down the next. He’d grabbed Everett as soon as he’d seen him fall. He wasn’t even sure Everett hadn’t been hit by lightning. He hadn’t waited to make sure Everett wasn’t electrically charged.

Everett had fallen right after the strike. Taylor had panicked at first, but Everett was breathing and that was most important. He wasn’t bleeding. There was a small cut on his forehead, but that had already clotted.

The lights were out completely. The motor was dead, and he had no idea how far away they were from shore.

This had begun as a quick getaway—a few days on the open water to clear their minds.

Taylor, Everett and their friend George worked on a sitcom called According to Us. They played three unlikely best friends who had to navigate life in a small southern town. Taylor’s character had moved to town in season one and met George, the local, in the first episode. They’d become fast friends. Then a stranger had visited in season three, a Yankee from New York. He’d come to town to see family. That was how Everett had gotten onto the show.

Somehow, over the years, fans had gotten the impression that Taylor’s character and Everett’s character were in love, and George was happy to tease them about it every chance he got.

It didn’t help that Everett was a naturally intense person and had a tendency to stand too close to Taylor and make prolonged eye contact. The problem was Everett’s eyes were so deep and the most beautiful dark brown. The other problem was Maria, Taylor’s fiancée.

Everett’s character was named Charlie and Taylor’s character was named Jason. Their fandom had smashed the names together to create ‘Jarlie’. That was the unofficial name of their ship, or character relationship. While the mainstream media never acknowledged their chemistry, the fans talked about it constantly.

George’s character was named Matt, but he wasn’t part of the ship. For some reason, no one ever thought Matt and Jason made a good pair. No one ever gossiped about George and Taylor getting dinner or hugging.

If they managed to make it back to shore alive, they were going to have a whole media circus to contend with.

Why were they on a boat together?

Why didn’t Maria know where her fiancée was?

Why did Taylor lie about where he was going?

That was another problem. Why did he lie about where he was going? He wasn’t cheating on her. Not yet, anyway.

Everett knew about Taylor’s feelings and Taylor knew about Everett’s. They’d kissed a few times. In his head, he’d already broken up with Maria. They weren’t getting married. Of course, she didn’t know that yet.

She’d know after this.

Taylor had packed a bag and met Everett at the marina. They’d taken Everett’s boat and prepared for a peaceful retreat.

The storm had surprised both of them. It wasn’t like Everett not to be prepared.

Lightning struck again and flashed bright and blinding across the open water. It illuminated the cabin, if only for a second. The light was a welcome change from the imposing, lonely darkness.

Taylor gritted his teeth. He’d dragged Everett into the cabin after he had been knocked unconscious. He hadn’t been up top since the lightning had hit them.

He needed to get to the radio, though, and see if he could get it back online.

The waves heaved and tossed the boat so that it was almost airborne. It felt like they were in freefall for a split second, then the boat came crashing back down into the water.

Taylor braced himself as the boat rose again with the swell. He wrapped an arm around the base of the table, which was bolted to the floor, and held Everett as tight as he could. The hairs on the back of his neck stood up as he anticipated the fall.

The boat fell back to the ocean.

Then again, if he had to die with someone, he wanted it to be Everett.

He wondered what Teddy would think if he knew that Jarlie were prepared to die together.

Teddy was one of the show’s producers, and he’d somehow become the unofficial mediator between the cast and the network executives. He complained constantly about being in the middle, but Taylor had always suspected he liked the attention.

George would find a way to make a joke about how gay it was, them being trapped on a boat together.

Taylor realized he didn’t care what George thought. George had a big mouth and too many opinions as it was.

Taylor shivered. It was a miracle the boat wasn’t underwater already.

George was right about it being gay, though. This certainly wasn’t a platonic getaway, not to mention George knew how Taylor and Everett felt about each other.

He’d seen them kiss at Taylor’s birthday party. He’d given Taylor until the end of June tell Maria.

If they made it out of this alive, Taylor wouldn’t have to break the news to her. Hell, she probably already knew something was going on.

That was wishful thinking.

They weren’t going to make it out alive. No one knew where they were. Everett probably hadn’t told anyone where he was going. Taylor had lied to the one person who was most likely to sound the alarm. They were screwed.

This wouldn’t have been a problem if Everett had kept his big mouth shut. If he’d never told Taylor how he felt, Taylor wouldn’t have known he was in love with him and he wouldn’t have lied to Maria about where he was.

Another bolt of lightning.

That was a stupid train of thought, desperate in the face of fear. And he was afraid, terrified. He’d never been so close to death and he wasn’t prepared to go out this way.

Thunder ripped through the sky.

He needed to get to the radio.

He waited for a break, for a moment when the ocean wasn’t churning so violently.

Taylor carefully moved Everett to the middle of the floor. Then he maneuvered to the top deck.

Dizzy from rocking back and forth, he welcomed the cold rain on his face. It helped him focus. The gale-force winds howled in his ears.

He made it to the helm. He checked the radio and GPS, but nothing was working.

Frustrated, he slammed his fist against the controls. He half expected that to trigger something. He wished he had any idea how to navigate without their equipment.

A large wave slammed against the side of the boat and Taylor found himself teetering over the side. He managed to pull himself upright before the next wave hit.

He hurried below deck and returned to Everett.

He was still out cold.

Taylor wedged himself back under the table and clutched Everett tight to his chest. They were going to make it. They had to.

He thought back to their kiss, when this whole mess had begun. 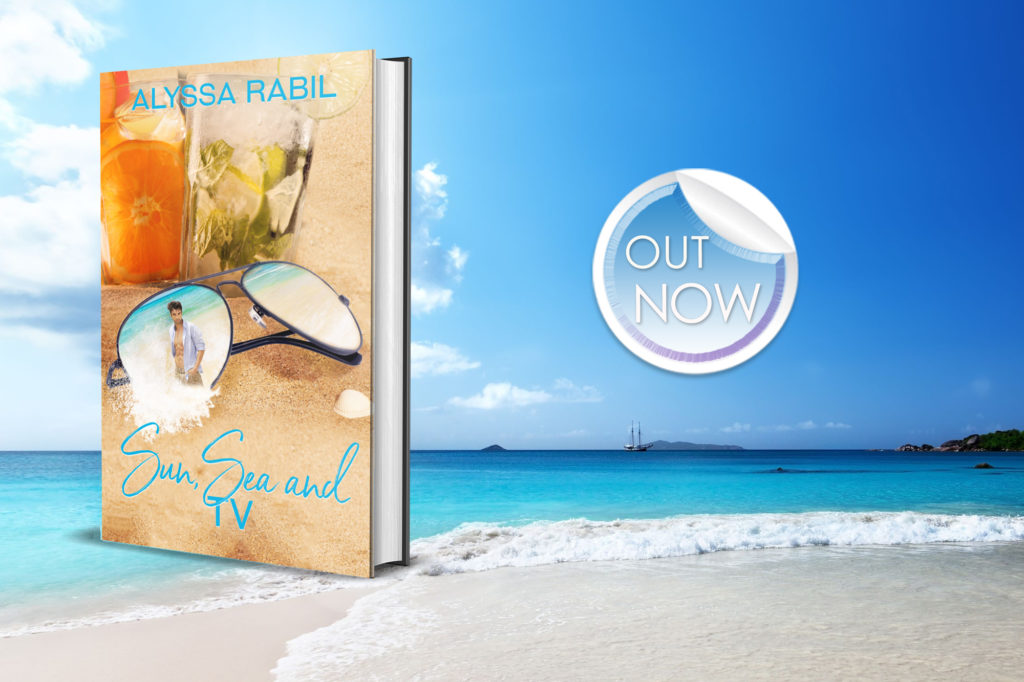 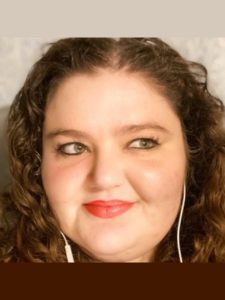 Alyssa has always had a love for fiction. She read her first romance novel from her mother’s collection. Her first love story was about a tiger that fell in love with a zebra.

ALYSSA RABIL IS GIVING AWAY THIS FABULOUS PRIZE TO ONE LUCKY WINNER. ENTER HERE FOR YOUR CHANCE TO WIN A LOVELY GIFT PACKAGE AND GET AND YOUR FREE ALYSSA RABIL ROMANCE BOOK! Notice: This competition ends on 27th July 2021 at 5pm GMT. Competition hosted by Totally Entwined Group.