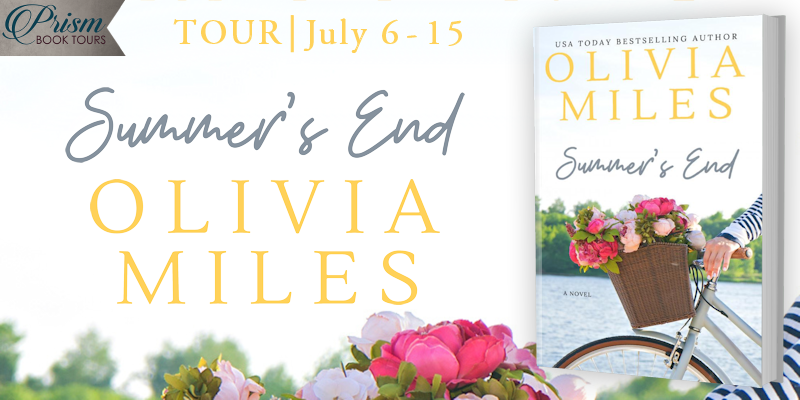 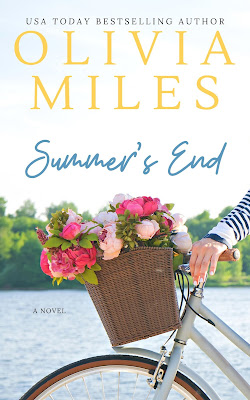 The USA Today bestselling author of the Oyster Bay series invites readers to return to Evening Island for a heartwarming, stand-alone story about three sisters at very different crossroads in their lives who reunite for one unforgettable summer at their family’s lake house.

The Taylor sisters spent every summer at their family’s lake house, but as they grew up, they also grew apart. Now, in honor of their late mother’s wishes, they reunite on Evening Island, each hoping to find the best part of themselves they’d left behind.

Kim is just weeks away from what should be her dream wedding, but as the big day draws closer, her doubts only grow stronger. Some time away may be just the thing she needs to help clear her head…or change her heart.

Heather has always been the reliable sister, but a recent divorce has made everything feel uncertain. When a second chance with an old flame comes along, she must decide if a summer love can last a lifetime.

Andrea’s career is her top priority, even if her heart is no longer in it. When her boss suggests a vacation, a couple of weeks on the island leads to the inspiration she was searching for, and not just for work…

Thanks to the beauty of the island and the memories they share, the sisters come together, search their hearts, and discover what the future holds for each of them at summer’s end. 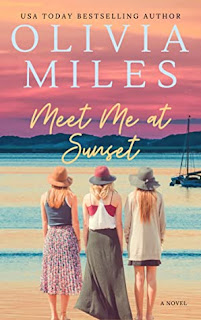 From USA TODAY bestselling author Olivia Miles comes the first in a collection of stand-alone novels set on the fictional shores of Evening Island—just a ferry ride across the lake from Blue Harbor, home to the newest heartwarming series!

The Morgan sisters spent many blissful summers at their family’s lake house growing up, but as they grew older, their lives took very different paths.

Hope adores her twin girls, but she doesn’t love being a stay-at-home mom. When her workaholic husband doesn’t support her career aspirations, she packs up the kids and goes to Sunset Cottage, thinking that some time apart will help her decide what she really wants-but when the life she dreamed of becomes a possibility, she is more torn than ever.

Gemma was supposed to be planning her wedding, not trying to get back deposits. And she was supposed to be finished writing her latest romance novel, not staring at a blank screen. Lost and down on her luck, she heads north to Evening Island, hoping to find the inspiration she needs to fill the page, and maybe, her heart.

Ellie is almost perfectly content living in the house that once belonged to her grandmother, even if it does get a little lonely sometimes. Still, work is steady at her art studio and the island continues to serve as a muse, especially when her first love makes a surprise return.

In the course of a month, the Morgan sisters learn that despite their differences and their personal struggles, they might just have more in common than the old summer cottage that they inherited.

Well, this certainly was news! Kim looked at Heather, happy that for once it wouldn’t be her own love life they were all discussing. Andrea never seemed to have time to date, and with Heather’s divorce, Kim didn’t exactly feel comfortable asking for details on that front. But Billy Davidson had been Heather’s first love, or at least first crush, and judging from the way she struggled to fight off a smile, she hadn’t completely gotten over it.

“He’s on the island?” Kim considered this. They had made friends in the years they had come up—other seasonal people, especially all the girls on West End Road. The Morgan family next door was their favorite trio, similar in age, and always reliable, coming summer after summer until they eventually aged out and grew up, much like the Taylors. Then there were the Andersons, who occupied the house on the other side of the Morgans. Some of their happiest memories were those spent playing all day until they caught fireflies at night, splashing in the cool waters across the road, picking flowers and berries by day, and decorating their playhouse in the backyard or swinging on the hammock in the Morgans’ backyard, telling ghost stories and counting the stars.

Kim knew that the Morgans’ grandmother, who owned their summer house, had passed a while back, and that Ellie, the youngest of the Morgans, had lived on the island year-round for some time. As of last summer, though, things had changed, and Ellie had gone abroad while it was Gemma, the middle sister, who stayed behind, after meeting Leo. Kim had read Gemma’s card more than once last August, thinking of life here on the island and the visit that they hadn’t been able to make happen. How things were changing, even here, just as things were for their family.

She glanced over at Sunset Cottage now, having a yearning for those old times, when West End Road was filled with the laughter of nine barefoot girls, and sometimes, a cute little boy named Billy. 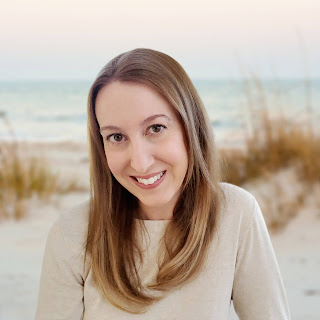 Olivia Miles is a USA Today bestselling author of heartwarming women’s fiction and small-town contemporary romance. She has frequently been ranked as an Amazon Top 100 author, and her books have appeared on several bestseller lists, including Amazon, Barnes & Noble, BookScan, and USA Today. Treasured by readers across the globe, Olivia’s novels have been translated into German, French, and Hungarian, with editions in Australia and the United Kingdom. After growing up in New England and later living in Montreal, Olivia traded salt water for fresh water, and is most happy reading on the sandy shore of Lake Michigan, or spending time with her husband, daughter, and two lovable dogs.
Website | Goodreads | Bookbub | Facebook | Twitter | Instagram | Amazon | Newsletter
Tour Schedule 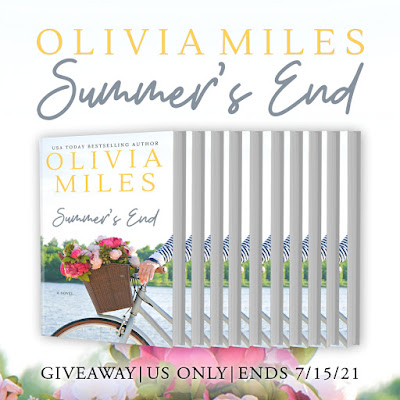