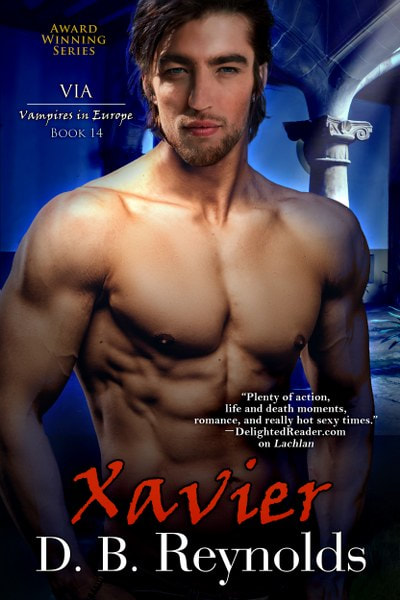 Barcelona—exquisite architecture, masterful artists, and just down the coast, an ancient fortress where an old and powerful vampire lives…and rules all of Spain.
Tall, dark, and deadly, vampire Xavier Prospero Flores waded through blood to destroy his enemies and reach the pinnacle of vampire society–Vampire Lord. He has only one regret in his long life, and that’s the day he rejected the advances of Layla Casales. She’d been too innocent, too naïve, and far too young. But she’d also been his.
Layla Casales was only nineteen when she left Spain, brokenhearted and humiliated by Xavier’s rejection. But now, ten years later, the ties of family are pulling her back, not only to Spain, but to Xavier’s fortress. Her father, the vampire lord’s military commander, is critically ill. Layla has spent years fighting on battlefields around the world, so when her father asks her to come home, she can’t say no.
Though Xavier’s rule began on the ashes of his enemies, it’s not vampires trying to kill him now–it’s humans. He needs to eliminate his enemy before more of his people die. Layla arrives just in time to help, but while she came for her father, the minute she and Xavier see each other, desire burns as hotly as if they’d never been apart. Xavier isn’t going to let her go this time. But before they can rediscover the love they walked away from, they must first keep each other alive.

Praise for the author:
“… guaranteed to give you all the tingles!!! A SEXUAL TENSION PACKED GEM!!” –AddictedtoRomance.org on LACHLAN
“…this is the series to try–if you haven’t already. There’s always plenty of action, life and death moments, romance and really hot sexy times as well.” –Delightedreader.com on LACHLAN
“D.B. Reynolds has delivered a master class in what paranormal romance is meant to be.” –KT Book Reviews on LUCIFER
Add to Goodreads
Amazon * Apple * B&N * Google * Kobo 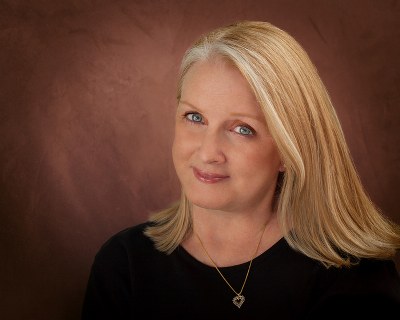 D.B.Reynolds is the RT and EPIC award-winning author of the popular Vampires in America series, as well as other paranormal fiction. She lives in a flammable canyon near Los Angeles, and when she’s not writing her own books, she can usually be found reading someone else’s.
Website * Facebook * Twitter * Instagram * Bookbub * Amazon * Goodreads