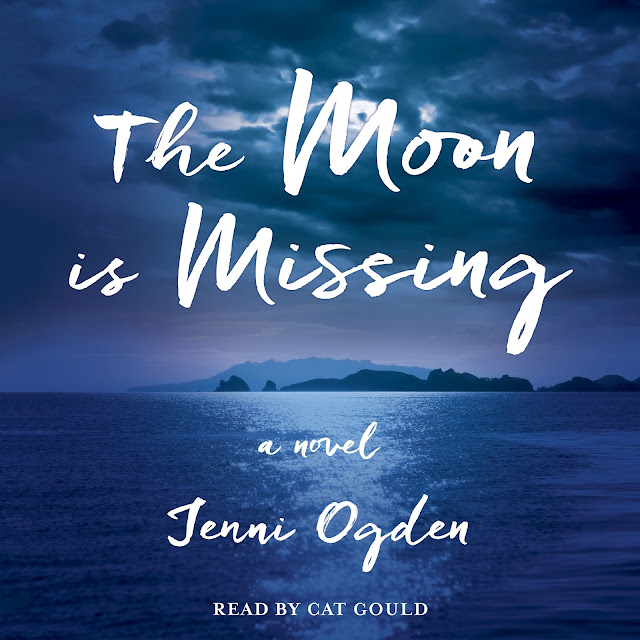 The Moon Is Missing
by Jenni Ogden
388 pages

A daughter who cries “Who am I?”
A mother who can’t tell her…
A hurricane called Katrina…
A family secret exposed…
An island at the bottom of the world.

From Jenni Ogden, author of multiple-award-winning A DROP IN THE OCEAN, comes a page-turning tale of family secrets and mother–daughter conflict set in London, New Orleans during Hurricane Katrina, and on a remote and spectacular island off the coast of New Zealand.

Georgia Grayson has perfected the art of being two people: a neurosurgeon on track to becoming the first female Director of
Neurosurgery at a large London hospital, and a wife and mother. Home is her haven where, with husband Adam’s support, she copes with her occasional anxiety attacks. That is until her daughter, 15-year-old Lara, demands to know more about Danny, her mysterious biological father from New Orleans who died before she was born. “Who was he? Why did he die? WHO AM I?” Trouble is, Georgia can’t tell her. As escalating panic attacks prevent her from operating, and therapy fails to bring back the memories she has repressed, fractures rip through her once happy family. Georgia sees only one way forward; to return to New Orleans where Danny first sang his way into her heart, and then to the rugged island where he fell to his death. Somehow she must uncover the truth Lara deserves, whatever the cost.

Praise for The Moon is Missing:

“Jenni Ogden is a beautiful writer. In her newest, a tale of domestic suspense, Ogden tells the story of a neurosurgeon bedeviled by her own sophisticated brain and the memories of a long-ago tragedy that still has the power to destroy her and her family. Pick up The Moon is Missing. You won’t put it down.”
— Jacquelyn Mitchard, #1 New York Times bestselling author of The Deep End of the Ocean & My Only

“With gripping scenes set during Hurricane Katrina and on a remote New Zealand island, this tightly-woven family drama—fueled by long-buried secrets and a daughter’s desperate need to answer the question, ‘Who am I?’ —is ripe for book club discussion.” –Barbara Claypole White, bestselling author of ‘A Perfect Son’ & ‘The Promise Between Us’

“…Beautifully written … characters were immensely believable…Ogden did not shy away from the harsh realities of what can happen when someone in a family is experiencing panic attacks and trauma from the past. Katrina was a tragedy and I feel the novel really paid homage to the medical staff who worked tirelessly to make sure people were evacuated….a must-read for anyone who is a fan of women’s fiction, especially harkening back to the old greats such as Fern Michaels.”
—Readers’ Favorite, 5 star review. 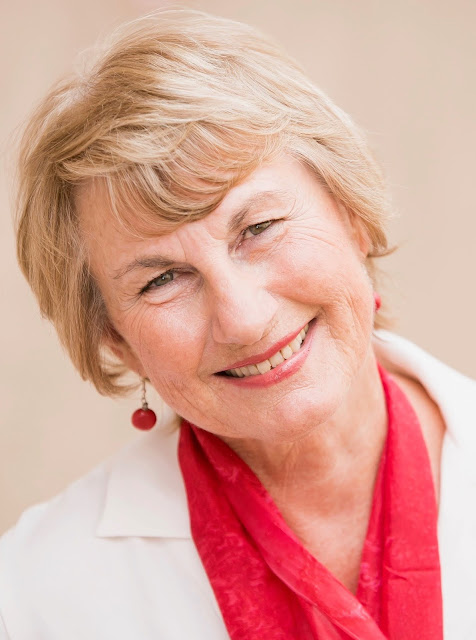 Jenni Ogden and her husband live off-grid on spectacular Great Barrier Island, 100 kms off the coast of New Zealand, a perfect place to write and for grandchildren to spend their holidays. Winters are spent near a beach in Far North Tropical Queensland. Jenni’s debut novel, ‘A Drop in the Ocean’, won multiple awards and has sold over 80,000 copies.

As a clinical psychologist and neuropsychologist, she is well-known for her books featuring her patients’ moving stories:’Fractured Minds: A Case-Study Approach to Clinical Neuropsychology’, and ‘Trouble In Mind: Stories from a Neuropsychologist’s Casebook’. Please visit her author website, sign up for her e-newsletter, and friend and follow her everywhere!