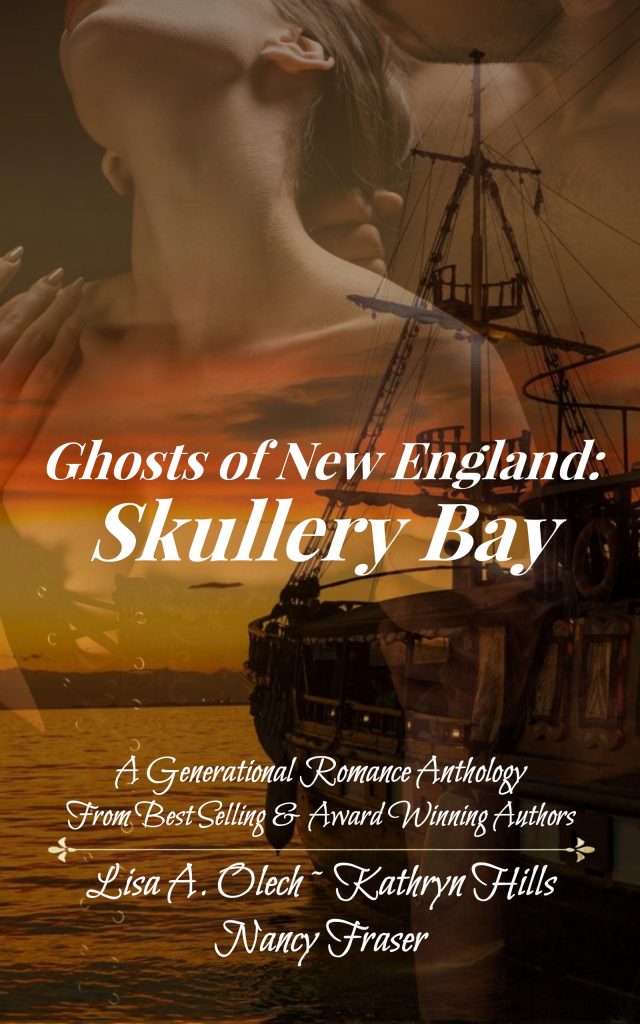 An anthology unlike any other…
4 Different Centuries
4 To-Die-For Romances
The Same 2 Ghosts! 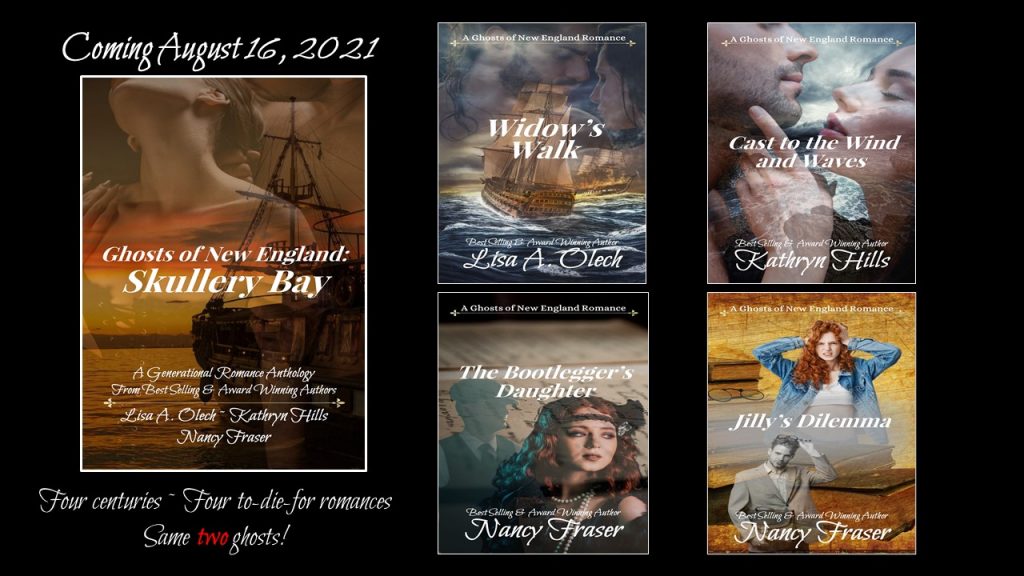 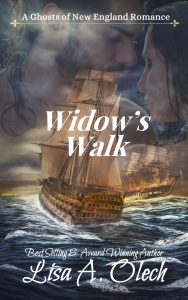 Their love is the beginning of the legend.

Captain John Jacob (Jake) Wilder wanted the estate known as Fairwinds at any price. Like any pirate worth his share, maybe he’d just steal it. He had grand plans to build his private pirate domain and hide his wealth and mysteries beneath the sprawling grounds of Fairwinds. But soon the magic of the grand house and a kiss of a beautiful woman had him planning a life, a home, and a passion-filled future with a treasure he never dreamed of having—a wife!

Lillian Grace Langdon lived in the shadowed edges of her family, surrounded by memories of a charmed life that had tarnished and faded in the sea air after her mother died. Meeting the dashing Captain Wilder had been like stepping back into the sunshine. The fact that he was a rogue and a pirate despised by her father only added a rebellious heat of that light. Together they grew to deeply love one another as well as the treasured estate, and soon returned Fairwinds back into the magical place it once was. Full of love, happiness, and a brilliant future.

But the winds of fate shifted like the tide, and one stormy night Jake and Lily were cast apart and blown from each other’s arms forever. Anguish and sadness filled the halls of Fairwinds and threatened to return the estate to an empty shell. But Lily and Jake proved their love was stronger than death, their souls immortal, and their story became the breath and heartbeat of the grand estate. They became the legend of Fairwinds. It was their haven. Their heaven. Their port in every storm. A fierce blow might have ultimately taken their lives, but it took those same wild winds to unlock the secrets and open the door to their impassioned reunions for eternity.

The anthology will be on sale for 99 cents during the tour.
Custom Purchase Link
Goodreads

If she closed her eyes, Lily could almost conjure the image of their beautiful mother with her golden hair smiling and laughing and being the perfect hostess.

Startled, Lily’s eyes snapped open. A man stood in front of her. Unwigged, his deep auburn hair was pulled away from a ruggedly handsome face. The strong line of his jaw was accentuated by a day’s worth of beard against the tanned column of his neck.

“I couldn’t help but be curious as to what has put that most delightful smile upon your face.”

Eyes the color of a storm captured her. Lily appraised the breadth of wide shoulders encased in the black brocade of his waistcoat and wide-cuffed jacket. Long legs, also swathed in black, ended in tall, polished boots. Even his shirt and stock were dark. And yet, the air about him didn’t carry the darkness of his attire. Still rugged, there was an easy charm about him.

Lily tore her gaze from him. Had she been staring? “I was admiring the room. It reminds me of the house where I was raised and the parties we threw there when I was young.”

“I assure you, I’m older than I appear,” she countered and stepped to one side to move past him. “If you’ll please excuse me.”

He reached out and caught her elbow to stop her. “I’ve offended you. I’m sorry. My manners don’t get much practice these days.”

With a gentle shift, she removed her arm from his grasp and resisted the urge to smooth away the tingle his touch had sparked. “I shouldn’t even be speaking to you. We’ve not been properly introduced.”

“You’re absolutely right. I am John Jacob Wilder. At your service, mistress.” He tipped his head in greeting. His easy smile hit her like an arrow.

Lily was quick to lay a protective hand against the sudden flutter in her chest. “Mister Wilder,” she repeated.

“It’s Captain Wilder, actually.” He smiled again. “And you are?” He prompted when she had failed in her fluster to introduce herself.

“Lily,” she blurted. “Forgive me.” She gathered her composure and held out her hand. “I am Lillian Langdon. A pleasure to make your acquaintance.”

At the mention of her name, the good Captain’s eyebrow lifted sharply, but before Lily could question his reaction, he lifted her gloved hand and kissed the backs of her fingers. “No, Mistress Langdon, the pleasure is most definitely mine.”

Just the Facts…About Pirates
By Lisa A. Olech

One of the reasons I love writing historical romance, believe it or not, is the research. I was never a history fan in school memorizing endless dates of this battle and that war. But somehow here I am researching my historical novels and finding fascinating details about what was happening behind those battles and wars. Things like what people wore, what they ate, and how they socialized.

Now, pirates have always held a certain allure for me. I mean, who doesn’t love a pirate? Living on the outside of the law in the fringes of society. They were the ultimate bad ‘boys’ after all. Through my extensive research of their daily lives aboard ship, codes of conduct, and their culture in general, I’ve learned many interesting facts and busted several myths.

Much of what we think we know about pirates comes from Hollywood, unfortunately. For example, there is little evidence of anyone ‘walking the plank.’ If pirates want you tossed into the water, over the rail ye went. There’s also no record of a pirate having a parrot as a pet. Parrots were seen more as a commodity to sell rather than a fine feathered friend to keep as a colorful shoulder accessory.

So, no parrots. How about earrings? There are lots of theories regarding pirate’s earrings. Some believe an earring marked the first time the sailor crossed the equator or sailed around Cape Horn. Some believed precious metals pierced through their earlobes would somehow improve their eyesight. There is yet another theory that the gold and silver was to pay for their funerals. Me…I just think they made those seafaring bad boys a bit more rakish.

There is also some debate regarding eye patches. Yes, there is evidence of pirates losing arms, legs, and eyes during a skirmish, but some believe eye patches were worn so pirates could keep one eye adjusted to seeing in the dark below deck. There were pirates sporting tree trunks for limbs. Black Beard had a wooden leg, but it wasn’t due to a stray cannon ball. It was due to diabetes. If a pirate lost a leg in battle, they rarely survived. It is true, however, that Captain James Hook did have an iron hook to replace a missing hand. Here I thought that was only true in Peter Pan fiction!

Of course, my favorite research involved learning all I could about the incredible, bad-ass, tough-as-hardtack women pirates throughout the golden age and beyond. Anne Bonney, Mary Read, Grace O’Malley, Rachel Wall—the only female pirate from New England—and the last pirate and last woman hung in Massachusetts on Boston Common, October 8, 1789. But my personal favorite was Ching Shih, one of the most powerful pirates in history, and the most feared pirate of her time. Ching Shih terrorized the China coast with a fleet of more than a fifteen hundred ships and over 80,000 men. Carrying twin scimitars, she was very fond of beheadings. But amongst her crew, deserters who wouldn’t listen to reason…they saved their heads but lost their ears.

I wonder, what happened to all those extra earrings? 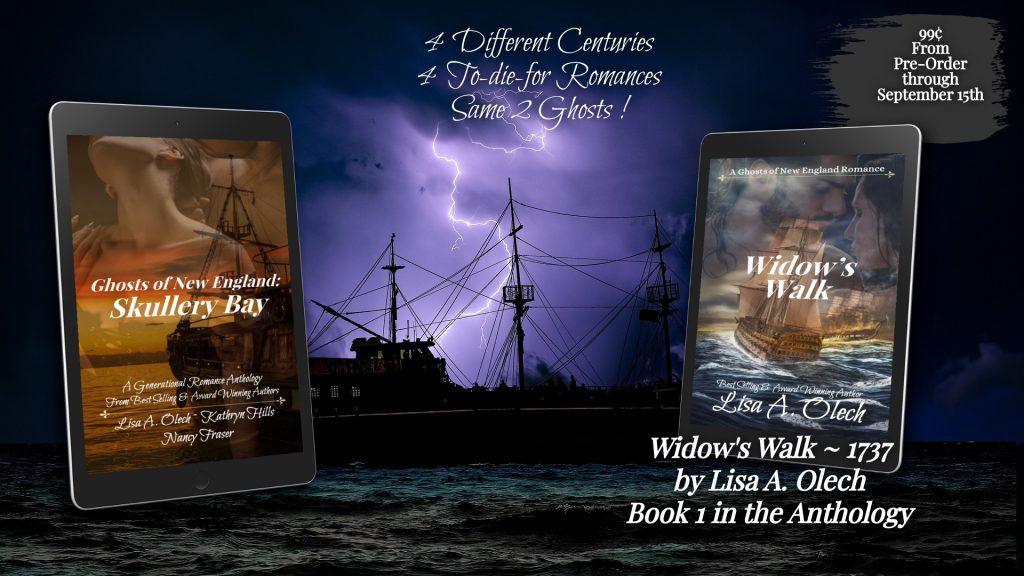 LISA A. OLECH—loves art, pirates and a cranky curmudgeon she affectionately calls the Wizard of O. Currently the author of eight Romance titles in both the contemporary and historical genres, she uses witty dialog with a side order of sexy to bring to life multi-faceted, adventurous, smoldering characters you’ll not soon forget.

A 2018 RITA Award nominee for her book, Within A Captain’s Soul, the final book in her Captains of the Scarlet Night series, Lisa’s won a variety of writing contests and achieved the ranks of Amazon Best Seller with her debut book in 2014.

Living on the shores of On Golden Pond, Lisa shares a drafty, old Victorian house with a wizard and two schizophrenic cats she brought into the house in an attempt to fill her empty nest and keep her from talking to herself in a British accent. As an author, artist, Justice of the Peace, and aspiring beekeeper, Lisa finds true inspiration in the beauty and love that surround her. And, she takes full credit for three homes on her quiet New England street now proudly flying the Jolly Roger from their flagpoles.