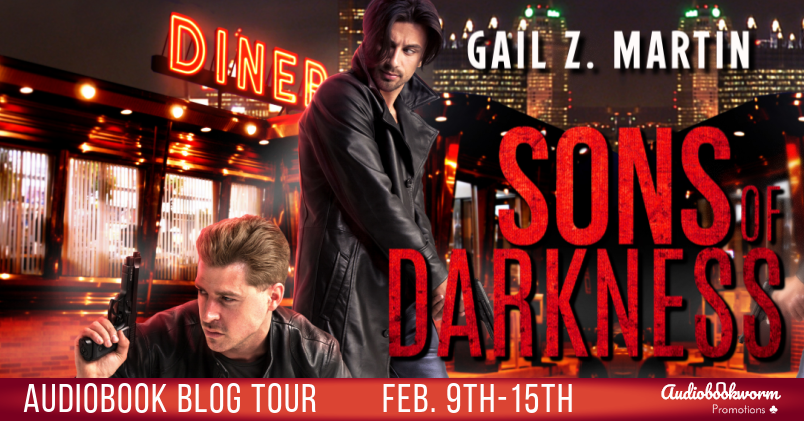 We are the Night Vigil.

We keep the Vigil, looking for the ones who can still be saved, the ones who aren’t too far gone. We’re the misfits and the muck-ups, unwanted by Heaven or Hell, given one last chance to atone for all the mistakes and missed chances, the pain we’ve caused others and ourselves, the good things we were afraid to do, and the bad things we embraced with open arms.

Unfinished business ties us to the mortal world, to make atonement, find absolution, satisfy retribution, get things right. You won’t find a sorrier group of halfway-house heroes. No illusions left – about ourselves, humanity, or what’s really out there in the darkness. Just a purpose, to go down fighting the good fight. Because this is our last chance.

One final chance to make it right, the thin red line of humanity against the evil that goes bump in the night, your best hope to make it through the hour of the wolf.

When a series of disappearances, suicides, and vengeful spirits cause havoc and death along a remote interstate highway, demon-hunting ex-priest Travis Dominick teams up with former special-ops soldier and monster-hunter Brent Lawson to end the problem with extreme prejudice.

Creepy Pennsylvania–and Why I Love It 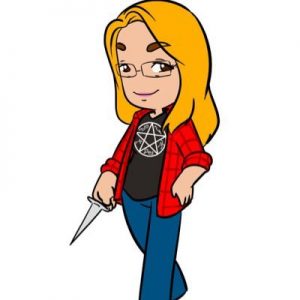 Pennsylvania is a great state for a creepy story–which is why I’ve sent three series there with plenty of monster-hunting, demon-slaying action and adventure.

I grew up in Pennsylvania and while I moved away a while ago, I still love the state and visit often. That’s why I’m so intrigued by the darker sides of its history, and why I love poking into those shadowy corners when I’m writing.

Pennsylvania has thousands of miles of mining tunnels running throughout the state–but no map that shows where all those tunnels are. Mining has been big in PA since the 1700s, and in all that time, records were lost. Around the Pittsburgh area, where Sons of Darkness is set, it’s routine for homeowners to buy ‘mine subsidence’ insurance in case a sinkhole to a forgotten mine opens up and swallows their house, car, garage or yard.

Those forgotten mines have always intrigued me, because my writer brain is sure nothing good could be living down there, looking for a chance to come to the surface! Of course, the mines play a big role in Sons of Darkness, as well as the creatures that hide there.

Since Pennsylvania is one of the oldest states, there are plenty of abandoned buildings and ghost towns. Those might be from old railroad or mining operations, or just from changing transportation routes. But when I’m looking for haunted places, I’m going to start with real forgotten towns, and PA has a lot of them!

If you’ve ever driven across Interstate-80, you know that the whole top third of PA is forest. In many places, it’s hard to spot roads or towns or even utility lines–just endless, unbroken forest. Who knows what really lives out there? Plenty of places far removed from people means strange things could go unnoticed for a long time.

We lived in Pittsburgh for ten years, and I love the city for so many reasons. One of those reasons is how much of Pittsburgh’s history is still standing–old buildings, old neighborhoods, and odd little out-of-the-way things that you won’t find elsewhere. I love to bring things like that into books, and we definitely pull from some of Pittsburgh’s ‘hidden history’ in Sons of Darkness!

So come on an adventure with me and explore all those shadowy, forgotten, spooky spots. Don’t worry–you’ll have Travis and Brent to protect you!

Jeffrey Kafer is a full-time SAG-AFTRA audiobook narrator. He has narrated over 450 books in almost every genre for such authors Clive Barker, Steve Alten, Maya Banks, Gregg Olsen and many others. He has 2 degrees in cinema and broadcasting and spent the first part of his career as a video game tester for Microsoft before following his true passion of acting. He’s been on stage since he was 13 (his mom still has the bellhop costume she made) and currently lives in Los Angeles with his family and dog.