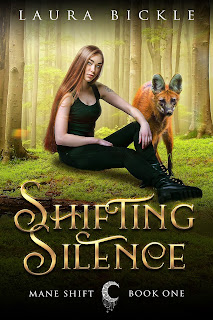 This witch takes in strays. Stray animals, not stray ex-boyfriends, magical cultists, or shifters. At least, that used to be the rule…

Luna Summerwood has always taken in strays. As a witch who runs a veterinary clinic, she’s healed creatures that fly, swim, and crawl. She’s not the most powerful Summerwood witch; her only magic is the ability to communicate with animals. But when an exotic maned wolf is brought to her in the dead of night, Luna is plunged into the shadowy underground world of shifter trafficking.

With the help of her ex-boyfriend—who also happens to be a local deputy and someone who pushes all her buttons—she investigates a series of occult crimes involving missing farm animals. After her ex is nearly killed, Luna discovers that the Casimir, a cult of magical collectors, plans to steal the maned wolf. This beautiful maned wolf is more than he seems—he’s a shapeshifting man named Renan.He was once captured by the Casimir and forced to do their dark bidding. Luna is his last chance at finding sanctuary…and perhaps love.

But the Casimir want more than just Renan. Centuries ago, the Summerwoods warred with the Casimir. Now, these sorcerers will stop at nothing to possess the Summerwood land and the buried magic of the witches themselves.

A flat area had been swept clean of pine needles, revealing soft black dirt. In the dirt, a circle of glittering salt had been created. The circle was splashed in blood, with sigils carved into the ground. Those symbols were filled with congealed blood. I recognized them as alchemical symbols—symbols for the cardinal elements, mercury, and sulfur. Bones were scattered around the interior of the circle and beyond, in the shade of trees. The whole place stank like an abattoir.

I heard Dalton come up behind me and exhale.

“Black magic.” I could feel it, cold and silent, seeping into the earth.

Something rustled to my left, and before I could react, a dark shape launched itself at us. I swung the shotgun barrel down to my hip, but too late. I was knocked off my feet, sprawling in the pine needles. I twisted around, dragging the shotgun out from under me, staring…

…at Dalton wrestling with a grey wolf. All the wolves I’d seen before were the size of large dogs, but this one was much bigger, taller than a man’s waist. The wolf had Dalton rolled over on his back, snarling and snapping at his neck.

“Get off him!” I yelled, pumping the shotgun for effect. I didn’t want to shoot the wolf, but if it came down to him or Dalton, I was picking my ex-boyfriend. He owed me a few beers over time, and I was not about to let that debt go unrepaid.

The wolf turned its head toward me, as if it knew what that shotgun pump signified. It paused, its giant paw pressing on Dalton’s chest.

Dalton had gotten his sidearm free. A bang echoed in the forest, loud enough to rattle birds and pine needles from the trees.

The wolf yelped, and my heart lurched into my throat. Red blood splashed on his flank. The wolf tore away from Dalton, limping, and ran away into the forest.

“Nggh,” he said. His uniform shirt was stained red. I ripped open the buttons, running my fingers over his intact bulletproof vest. The wolf’s nails had torn open his shirt and scarred the ballistic material, but it looked as if it held.

What worried me was the bite in his neck. I pressed my hands over it, feeling his warm blood pulsing against my palm.

“You’re going to be all right,” I told him, trying to sound reassuring.

But I didn’t believe it. 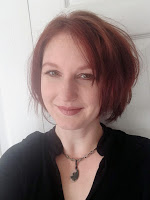 Laura Bickle grew up in rural Ohio, reading entirely too many comic books out loud to her favorite Wonder Woman doll. She now dreams up stories about the monsters under the stairs and sometimes reads them to her cats. Her books have earned starred reviews from Publishers Weekly and Kirkus. Laura’s work has also been included in the ALA’s Amelia Bloomer Project 2013 reading list and the State Library of Ohio’s Choose to Read Ohio reading list for 2015-2016. The latest updates on her work can be found at authorlaurabickle.com.