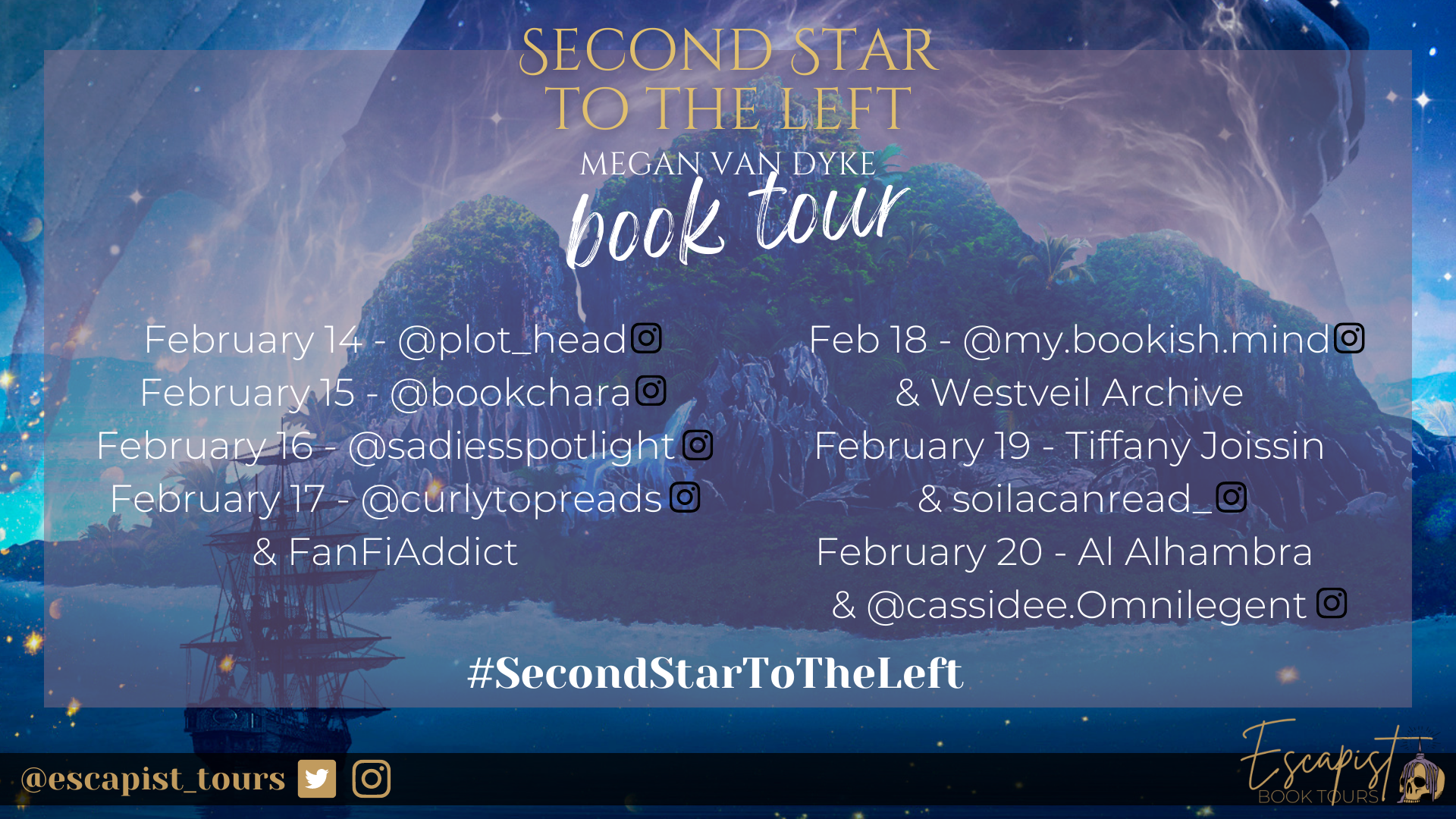 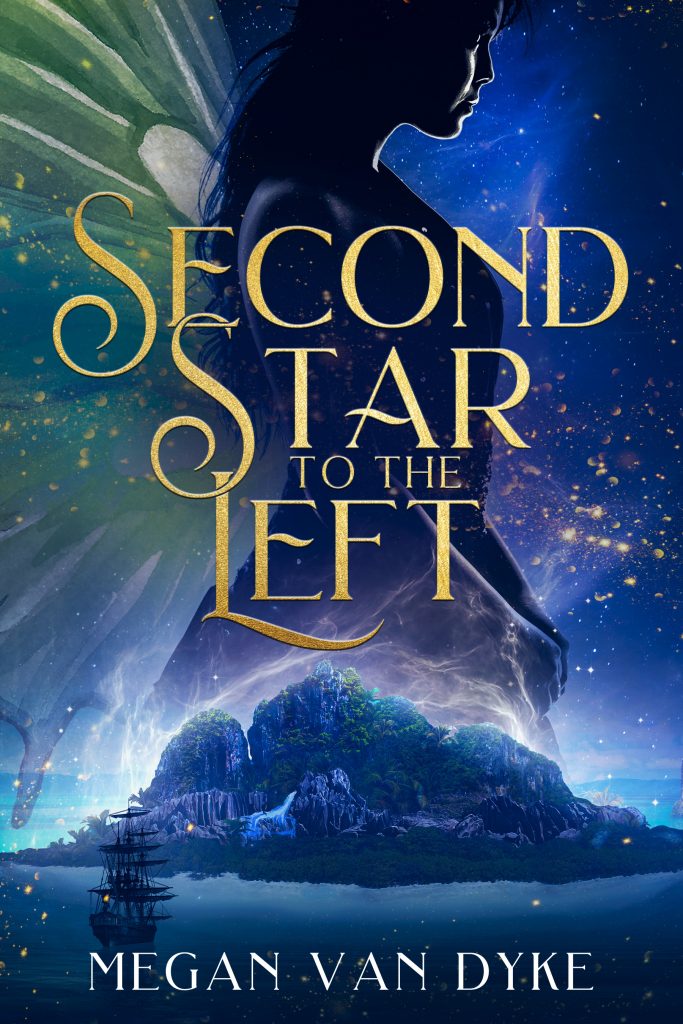 Tinker Bell, banished from her homeland for doing the unthinkable, selling the hottest drug in Neverland—pixie dust—wants absolution.

Determined to find a way home, Tink doesn’t hesitate to follow the one lead she has, even if that means seducing a filthy pirate to steal precious gems out from under his…hook.

Captain Hook believes he’s found a real treasure in Tink. That is, until he recovers from her pixie dust laced kiss with a curse that turns the seas against him. With his ship and reputation at the mercy of raging storms, he tracks down the little minx and demands she remove the curse. Too bad she can’t.

However, the mermaid queen has a solution to both of their problems, if Tink and Hook will work together to retrieve a magical item for her.

As they venture to the mysterious Shrouded Isles to find the priceless treasure, their shared nemesis closes in. However, his wrath is nothing compared to the realization that achieving their goal may mean losing something they never expected to find—each other.

Not Your Kid’s Neverland · Two Words: Strip Dice · But Why Is the Rum Gone?

1. Tell us a little about how this story first came to be.
Second Star to the Left is a retelling of Peter Pan from the perspectives of Tinker Bell and Captain Hook. It’s an enemies-to-lovers romantic adventure fantasy that explores the dynamic between these two characters and how things might have turned out very differently from the Neverland we know. If it were to fit within the canon timeline of the original, it would be considered a prequel since it takes place before the Darling children arrive.

The idea for this story literally popped into my head randomly one day while I was playing with my (then infant) son. The initial spark was this: What if Captain Hook had a curse placed on him that made the seas his enemy, and the one responsible was Tinker Bell, a pixie notorious for selling the hottest drug in Neverland—pixie dust.

Yeah, seriously, I have no idea where my mind came up with that, but one minute it just appeared. The concept captivated me so thoroughly that I had to explore it. Questions came next: Why was Tinker Bell selling pixie dust? Why curse Captain Hook? What led them to become enemies? What was he willing to do to free himself of the curse?

Those questions and many, many others led me to learn so much about these characters and this world, and before I knew it, the plot of the story had basically written itself.

2. What, if anything, did you learn when writing the book?
One of the biggest things I researched for this book was ship design and functionality. Someone once told me that one key to making fantasy shine is to get the non-fantastical details right, and that’s so true. Quite a few scenes take place at sea, and there’s more than one ship battle. While I’m by no means an expert, I still wanted to make sure I knew enough to make those scenes realistic, plausible, and immersive.

3. What surprised you the most in writing it?
Some of the twists. I know, that sounds weird since I wrote the book, but as a writer, I feel like it’s the characters who tell the story, and I’m just the one getting it down on paper. Some things I see in advance, but there was at least one big twist in this story that I didn’t know until the character found out, and oh wow, did it surprise us both!

4. If it’s not a spoiler, what does the title mean?
The title is a play off the line “second star to the right,” and also happens to be part of the directions that Hook and Tink must follow to find a priceless treasure within the novel. Honestly, the title was very difficult for me to come up with. I’d already finished the book by the time I came up with it. Second Star to the Left immediately brings the original tale to mind, which I wanted, but also being that it’s ‘left’ and not ‘right’ gives a hint that this will be different than the Neverland most people know.

5. Were any of the characters inspired by real people? If so, do they know?
Yes, the main villain of the story, Captain Blackbeard, is inspired in name and appearance by the historical figure. Hook has a connection with Blackbeard according to J. M. Barrie, author of the original Peter Pan, so it felt appropriate that he should appear in this tale as well.

6. Do you consider the book to have a lesson or moral?
Family is a central theme that comes up in pretty much every story I write, and that includes all kinds of families: ones people are born into, found/chosen family, healthy and loving families, toxic families, etc. Family has always been a central component of my own life, which is probably why it inevitably leaks into my work. I was lucky to grow up in a good, loving family (though not without its flaws), but I’m also a strong believer in the families we find and build around ourselves, which often have very little or nothing to do with blood. Second Star to the Left explores this in a lot of ways, as it’s a key thing that both Tink and Hook are struggling with, even if they don’t quite admit that at the beginning. That idea of home and family is the foundation on which the story rests and is something that takes on new and changing meaning for the characters as they grow through the events that they are faced with.

7. What is your favorite part of the book?
Oh gosh, that’s like asking me to pick my favorite child, lol! One that I think about often though, is a scene that takes place in the first half of the novel at the merfolk’s isle. Hook and Tink share a vulnerable moment at a hot spring. It’s tender, sexy, and emotional, but has some funny moments too. Plus, it’s a pivotal scene that shifts the dynamic between them.

A smaller, random moment I really love is when Smee (somewhat accidentally) reveals who, or rather what, the Jolly Roger is named after. It was not a moment I planned, but rather something the character revealed to me (and others) out of the blue when I was writing a particular scene. It cracked me up then and still makes me giggle thinking about it.

8. Which character was most challenging to create? Why?
None of the characters were overly challenging in this story, but I’d say it was Tink who took me the longest to truly get to know. Hook was immediately very open and willing to share his story with me, so it was actually some of his chapters that I wrote first. Tink, though, took a while longer. I struggled over the first few chapters I wrote from her point of view, but thank goodness she finally opened up and really let me in. Once she did, the book started to flow really well.

9. What are your immediate future plans?
I have more books completed and coming soon, and I’m writing even more that I hope to release in the future. Up next in the Reimagined Fairy Tale series is The Ugly Stepsister, a mash-up of Cinderella and Snow White that sees Anna, the ugly stepsister, teaming up with Will, a former royal huntsman, to take down the wicked queen (aka Cinderella). It will release from City Owl Press in Fall 2022. I also have a completely different adult fantasy series launching this summer, the first of which is titled A Bargain with the Fae King, and releases on May 3, 2022.

Megan Van Dyke is a fantasy romance author with a love for all things that include magic and kissing, especially fairytales and anything with a happily ever after. Many of her stories include themes of family (whether born into or found) and a sense of home and belonging, which are important aspects of her life as well. When not writing, Megan loves to cook, play video games, explore the great outdoors, and spend time with her family. A southerner by birth and at heart, Megan currently lives with her family in Colorado. 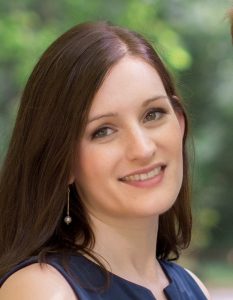