I let my blood hit that contract—thought it was a joke.

Later, I convinced myself it was a hallucination.

Truth is, I sold my soul.

“I awoke surrounded by death. It wasn’t long until I realized it’d all been by my hand . . . and my teeth.”

They call themselves The Bestowers.

They’ll give you the world, but it’ll come at a price.

And before they send their assassins after you, they’ll bring out the monstrous darkness within.

You’ll kill and destroy every bit of the gift they gave you, leaving nothing behind in your wake.

My time is up and they’ve chosen their most dangerous murderer to end my miserable life.

“I dreamt of her before I met her. I saw her. Tasted her. She’s a stain on my insides I can never erase.”

Her destiny isn’t to kill me, but she will own my soul.

I would’ve been better off dying by her hellish flames.

Prologue:
In case you haven’t realized by now, my life is a sad, sad mess.

How did I get here, you ask?

I sold my soul to an ancient voodoo priestess.

Or so I thought.

Sounds like the beginning of a worthless, B-rated script.

Hah. Just wait. It gets worse. Alice’s rabbit hole doesn’t have shit on mine.

See, the priestess might’ve been ancient, but I was high off my fucking ass. I was always high back in those days; it was my only way to get by.

Easy to tell myself I imagined that entire night—the odd woman that approached me, her ability to see the rotting pain in my soul. How she offered me everything I could’ve ever wanted, a deliverance from the life I didn’t ask for.

How, according to her, all I had to do was “sign” on the dotted line . . . Or, in the name of complete transparency, press my bleeding thumb to the bottom of an old-fashioned, text-filled parchment.

I told you this crap sounds like imagined garbage. Except, I did it. I convinced myself I didn’t.

Step one: my suicidal idiocy.

Step two: the dark hole it’s about to lead me to.

And the incarnation of fire and damnation that’s waiting for me at the bottom of that pit.

(Link can also be found on  @nisabelleblanco profile) 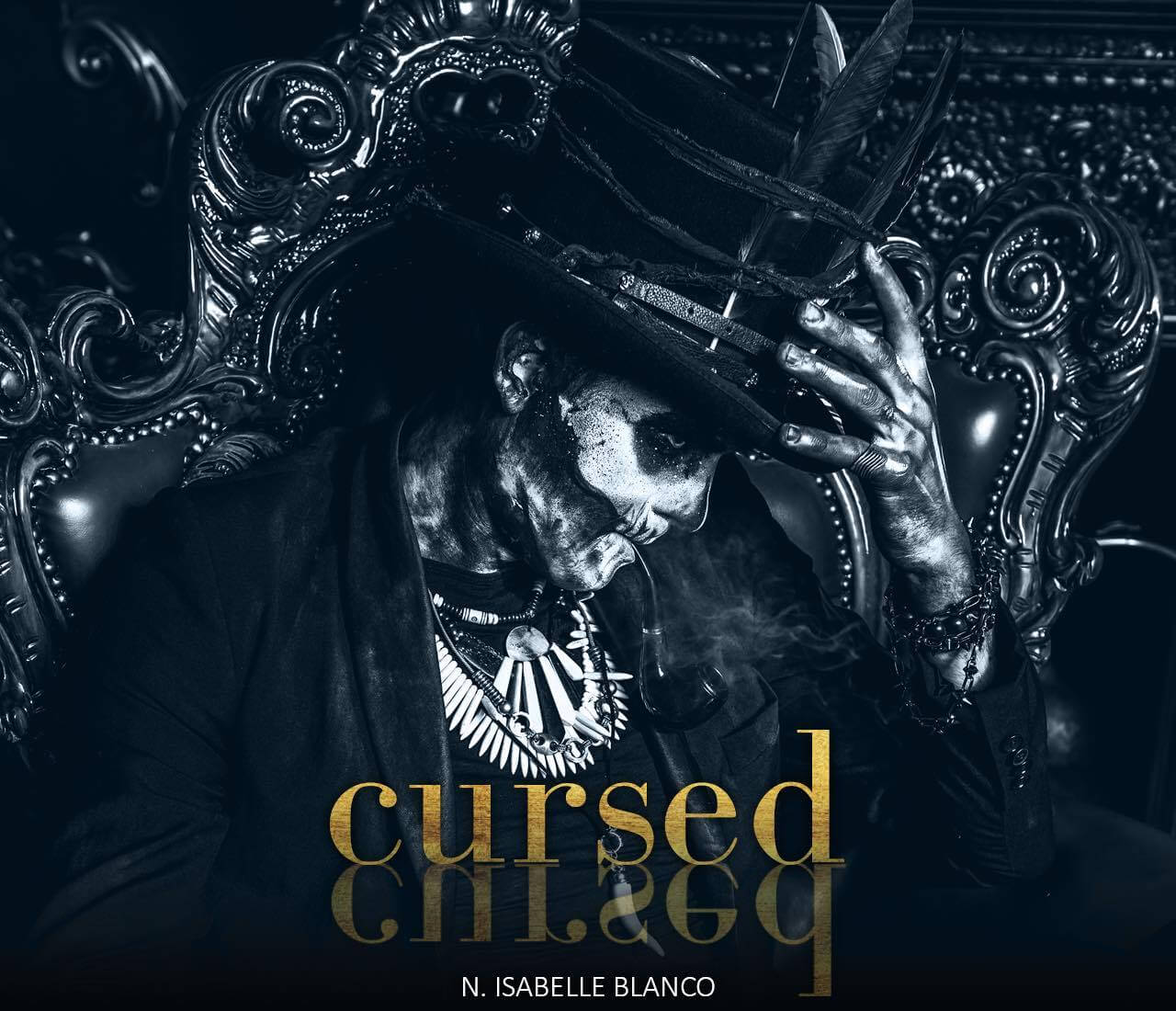 About the Author:
N. Isabelle Blanco is the Amazon Bestselling Author of the Allure Series, the Need Series with K.I.Lynn, and many others. At the age of three, due to an odd fascination with studying her mother’s handwriting, she began to read and write. By the time she’d reached kindergarten, she had an extensive vocabulary and her obsession with words began to bleed into every aspect of her life.

That is, until coffee came a long and took over everything else.

Nowadays, N. spends most of her days surviving the crazy New York rush and arguing with her characters every ten minutes or so, all in the hopes of one day getting them under control.

Sign up for the newsletter at http://bit.ly/NIBsignup to be the first to know how all these arguments turn out :)

One Reply to “Prologue Reveal: Cursed, by N. Isabelle Blanco”