This post is part of a virtual book tour organized by Goddess Fish Promotions. Nancy Fraser will be awarding a $20 Amazon or B/N GC to a randomly drawn winner via rafflecopter during the tour. 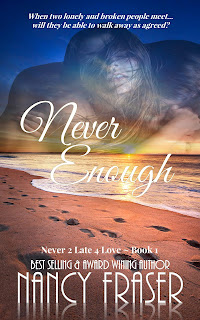 When Amanda Thorne arrives on San Bella Island, she’s tired and in bad need of a vacation. She’s just finished paying off her late husband’s many debts by selling their home and belongings. On her way to Dallas for a new job in a medical research lab, she’s taking one week to recoup before beginning her new life.

Nicholas Holloway is recovering from a 2-year stint undercover for the U.S. Marshal Service. Ordered to take a vacation to clear his head, he ends up on San Bella at the same time.

Will these two battle-scared souls find peace in the other’s arms? And, will they be able to walk away at the end of their one-week fling?

Caution: This book contains love scenes and language some may find offensive. Or hot!

Nicholas Holloway tapped his fingertips restlessly against the rich mahogany finish of the hotel’s reception desk. Drawing a breath and letting it out slowly, he calmed his jittery nerves and waited for the return of the young clerk. After a few more moments, she came forward, her gaze assessing him up and down.

“You’re in room 301, a corner king, Mr…. uh… Holloway.” Handing him his credit card and the electronic keycard, she told him, “You can take the main elevators to the left. Or, if you’d prefer, the stairs next to the patio entrance.”

He nodded, and asked, “Which way to the bar?”

She gave a quick tip of her head. “Just through those glass doors to the right.”

He took a few steps away from the desk, and then turned back. “Thank you.” Staring at her name tag, he added, “Melanie.”

Nick grabbed the worn canvas bag sitting at his feet and headed toward the stairs. The climb would do him good, burn off some of his residual energy, the adrenaline he’d not yet set aside.

‘Get out of here, Nick’, his boss had ordered. When he’d meant to argue about being sent away, Greg had added, ‘One week. Shrink’s orders. You’re lucky it wasn’t a month. Now f**kin’ go’.

And, so he’d gone. All the way to San Bella Island.

Nick let himself into the well-appointed king-size room and dropped his bag on the floor next to the bed. He’d unpack later. First, he needed a shower, something strong to drink, and a full day’s sleep.

Better yet, he needed a woman. A warm, willing piece of ass who didn’t want to talk afterward. A grin tugged at the corner of his mouth. What were the chances the prim and professional Melanie would be open to a tumble between the sheets?

Retrieving clean underwear and his toiletry case from the oversized duffle, he turned toward the bathroom. He’d barely cleared the doorway when he caught sight of himself in the large mirror above the vanity.

No wonder the front desk staff had given him the once over—more than once.

He braced his hands on the edge of the sink and leaned closer to his reflection. It wasn’t Nick Holloway he saw but, rather, Phil Thompson, the undercover persona he’d worn like a shield for the past two-plus years. Nick closed his eyes, wanting more than anything to shed his alter-ego and all the emotional baggage that went with it. 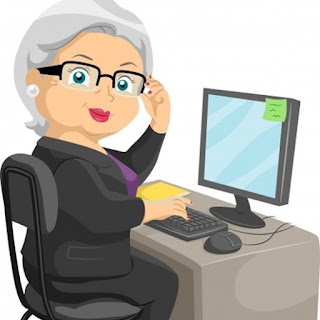 Nancy has published over forty books in full-length, novella, and short format. When not writing (which is almost never), Nancy dotes on her five wonderful grandchildren and looks forward to traveling and reading when time permits. Nancy lives in Atlantic Canada where she enjoys the relaxed pace and colorful people.