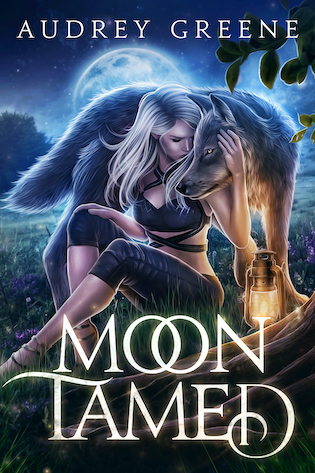 Coraline Patten enjoys nothing more than facing new challenges, but when she’s asked to evaluate Moonriver’s ruling faction, she worries she’s bitten off more than she can chew.Allasandro Stephans has reigned since she’d been a child, unwavering in his dedication to Moonriver. His heir, Calden, has supported him every step of the way. Together, the shapeshifting widower and his son appear to be the perfect men for the job of preserving and protecting their home.When Moonriver’s heir asks her to free his father from the burden of leadership, Coraline is determined to do what is best for her people, even if it costs her the love of her life.

Sila snickered. “With that comment, you just guaranteed your selection. That is what normal people call testing their luck. Have you worked for the Hunters before?”

“No.” With Sila, short and to the point worked the best. If I gave her a single opening, she would talk me to death and force me to regret my decision to be her friend.

Sila meant well, however, even when she drove me mad.

My friend rubbed her hands together. “They’re pretty nice to work for. While most of them are predatory shifters, they’re respectful of time and energy. It helps they can smell fatigue and frustration, and they understand a happy worker is a better worker. They stop problems before they become problems as a general rule. The male temps get the short straw—they get into pissing contests with the Hunters. Us women? We already know how to avoid the pissing contests. We win when we don’t play the game.”

When Sita started spouting sexist nonsense, it often sourced from a bad night with her latest suitor. “Did you have a bad date last night?”

“It was horrible. Who knew a Legacy researcher could be so clueless? I educated him, but there won’t be a second date. He was so dry I thought about asking him to do my laundry.”

The few times I’d dated a Legacy member, I’d emerged better educated but lacking in the basic relationship department. Members of Legacy lived for the pursuit of old knowledge. Intellectual company appealed, but I also longed for the other facets of a good relationship, including physical affection, sweet nothings, and someone I could be near in safety and comfort.

Still, Legacy members could be taught, and I’d met more than a few who were kind to a fault but oblivious. “Maybe you should give him a second try, Sila. You bothered to educate him. Why not benefit from your tutoring. Is he nice?”

“He is disturbingly nice,” she complained.

Well, some problems had simple solutions. “Teach him to get a little rough with you, then.”

“I might. He texted me this morning. I replied that I was getting my work assignment. You think I should try him again?”

“He’s nice and can be taught, Sila. Find out if he cooks and cleans. If so, he might be the perfect man.”

“You make a good point.” Sila sighed, dug out her phone, and tapped at the screen. “There. I told him that, assignment allowing, I’m free most nights this week if he’d like to get together. This might be for the best. I was about to hit up someone from Moonward.”

I winced. Of Moonriver’s factions, Moonward attracted the most ambitious men and women with an interest in magic. Witches made up most of the membership, but they accepted all types. “Dangerous dates are not wise, Sila.”

“I’m looking for love. That is dangerous.”

No kidding. Before I could reply, our manager rang his little silver bell so he could deliver the news—and reveal who would assist the Hunters. “I’ll keep this as short as possible, as we have a busy day. I already drew the name for the Hunter contract while you gossips talked up a storm.”

When Almon Friarin went the route of serious efficiency, we had a higher number of requests than normal.

“Today is going to be fun,” Sila predicted.

I huffed and refrained from cursing. “Sure. It’s going to be about as fun as a lobotomy.”

Before I could further embarrass myself, our boss said, “Line up for your assignment. You’ll just have to accept I won’t be turning our job into a circus today. Maybe tomorrow. The Hunters of Moonriver have asked for discretion.”

“Well, this sucks,” Sila muttered. “He lured us all here so nobody would skip out on a crazy day.”

“You’re probably right.” My fellow co-workers queued up to receive their assignments, and I joined the line, dragging Sila with me. “Be grateful it’s not a parade. Or worse, a positive reinforcement day.”

“Good point. There is only so much public praise I can handle a year. A ten-minute lecture on how good I am at following basic instructions would break me today.” Sila made a show of shuddering. “Last time, one of the clients had sent him a photo of my work along with praise. I almost perished.”

I knew of one way to derail my friend before she delved deeper into the dark waters of her self-inflicted stress. “Did you get a raise?”

Well, that backfired in a painful fashion. “I’ve never gotten a raise for perfection,” I informed her.

The next time I got pulled into our boss’s office, I would make a point of asking. “Did the ten cents an hour actually help your budget?”

One of the distinct disadvantages of remaining unaffiliated was our pay; the factions made a point of paying their members competitive rates for their work. Migrant workers made up the majority of the unaffiliated, although holdouts like me existed.

I accepted lower pay and less say in the governing of Moonriver in exchange for flexibility and freedom.

“Every penny counts, except when it doesn’t.” Sila shrugged. 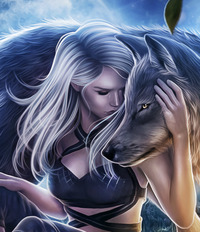 Audrey Greene writes sweet paranormal and urban fantasy splashed with some romance and hints of science fiction. She lives in California, loves going to the beach, and appreciates taking the time to smell the roses.