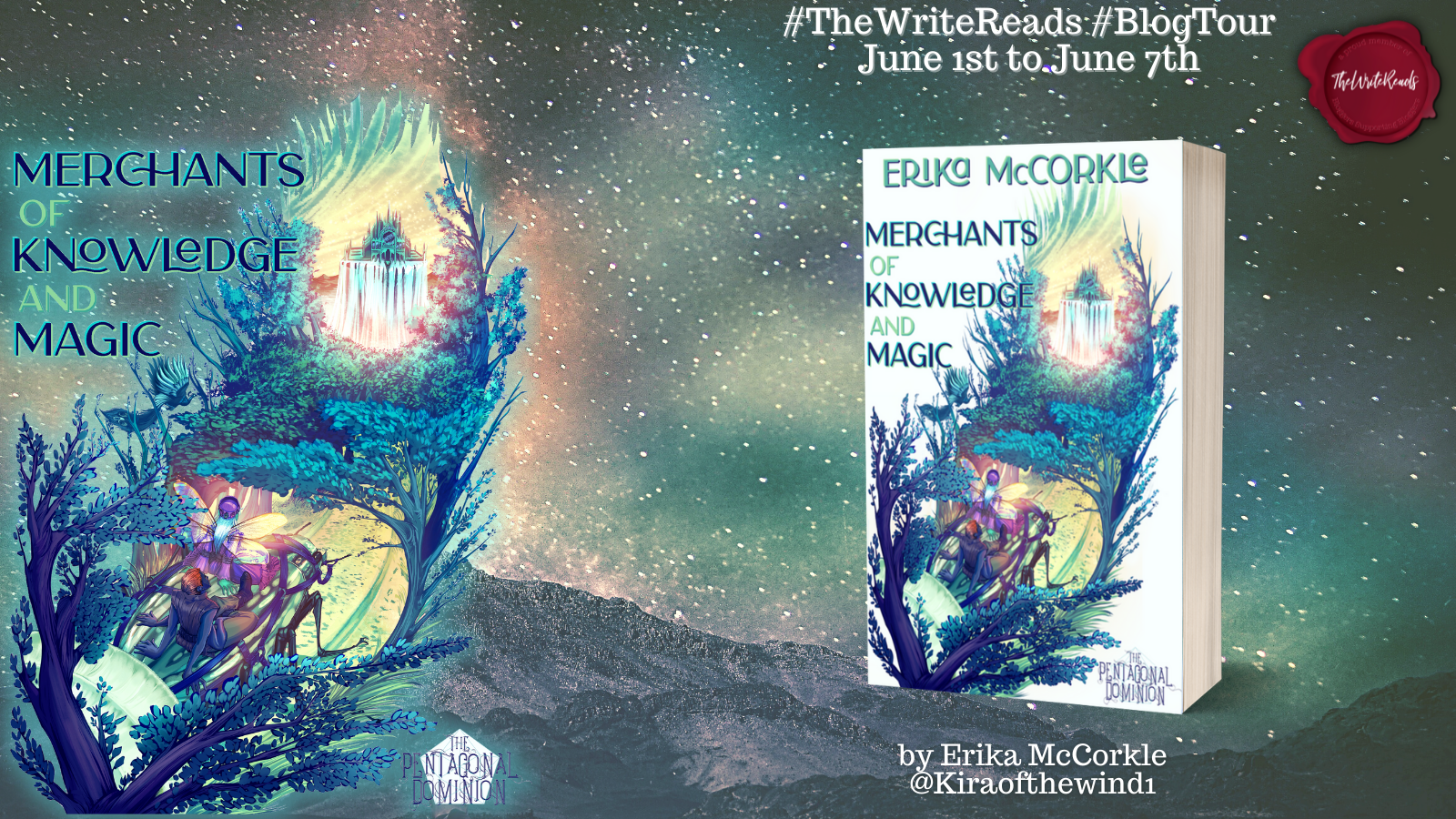 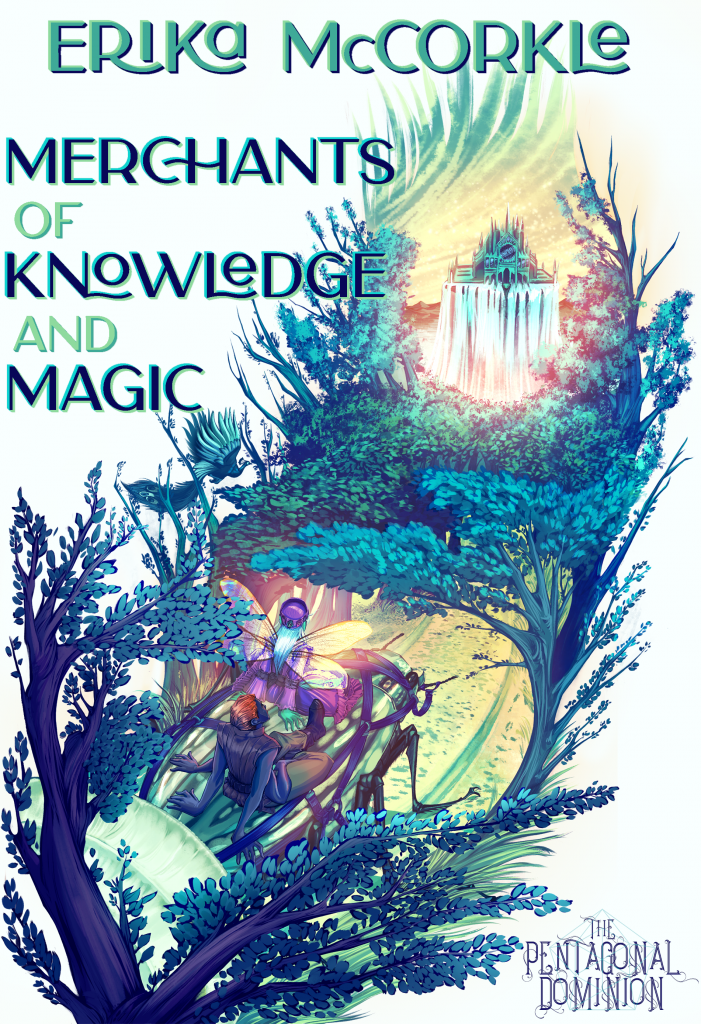 “My secret would plunge the world into chaos.” “How much is it worth?”

Calinthe is an asexual dragonfly-person who was sent on a mission to find two missing men. She learns one of the men is from a species thought to be extinct, who had the misfortune of being captured in a matriarchal society where all non-women are enslaved. Though she maintains a disguise with help from her companion’s illusions, Calinthe is actually intersex. If her secret were to be discovered by the matriarchy, she would be enslaved as well.

Merchants of Knowledge and Magic is a standalone epic rainbow fantasy novel featuring aroace friendships, a religion that forbids money, clever use of magic, and a fantastical world inhabited by nonhumans. It is the first book in the Merchants of the Pentagonal Dominion trilogy, three standalones which take place concurrently in the same world, but which can be read in any order. 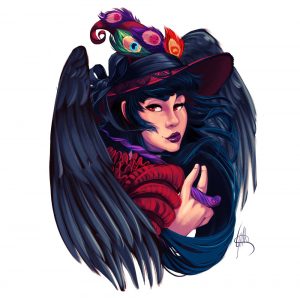 Erika McCorkle, she/her, lives in the Pacific Northwest of the USA. She is a creator of fantasy worlds and a voyager to the worlds created by others. She spends much of her free time writing, reading, watching anime, and playing video games, all usually of the fantasy genre. She has a Bachelor’s of Science in Biology and currently works the night shift at a blood bank, meaning she is most definitely a vampire.

3 Replies to “Spotlight: Merchants of Knowledge and Magic, by Erika McCorkle”