Cash Leroy could have been a singer but killing paid the bills. He stood at the karaoke machine and bathed in the pink neon spotlight, every inch of him painted in a dusky glow. Mic in hand, he commanded his favorite booth with lowered eyes, splinters of light catching in his fallen lashes as they fluttered against his stubbled cheeks. His voice hit the high notes of ‘Outside the Rain’ in a velvety dither that belied his smoky drawl and taste for Pall Mall cigarettes. In a depth of sound so full, it overshadowed the shrill karaoke track.

Here, on most nights and nearly every weekend, Cash sang Stevie Nicks songs and only Stevie Nicks songs. This was his ritual for the eight months that Dorian knew Cash, but it went well beyond their partnership. Cash was a man of singular interest, and no one else loved Stevie Nicks like he did.

The hunter cradled the mic between strong hands, his booted foot keeping time as he swayed to the music. Onstage, he seemed like a different man from the one Dorian knew the rest of the day. Singing straightened his slouched posture as his voice overtook the room. The stage broke Cash’s even temperament and replaced it with a showman’s presence as he performed for his preferred audience of one. Even the flecks of blood on the collar of his shirt disappeared into the neon. Everything else about Cash seemed to fall away whenever he opened his mouth to sing.

And Dorian, despite his best efforts, was in love with Cash.

Dorian nursed his second beer of the night on the modular pink loveseat across from the karaoke machine. He tried not to watch Cash as closely as he did. It was hard not to watch Cash in all things, both on the stage and off it. Dorian fought to keep his gaze from wandering over Cash’s strong legs in his beat-up blue jeans. The vampire fought harder to avoid staring at Cash’s neck, mouth, and sweep of his dark lashes as he sang.

Because Cash was Dorian’s best friend, roommate, and partner. He didn’t want to be in love with Cash. Loving Cash made Dorian’s life complicated and scary. It put an ache deep inside the vampire’s rib cage, choking on glass whenever the feeling threatened to claw its way out of his throat. Choking it down because they could never be together. 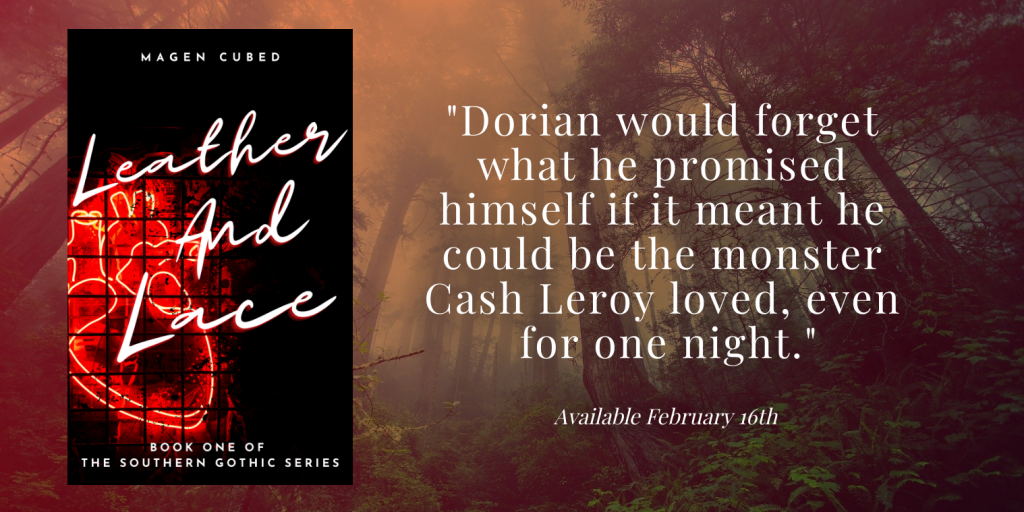