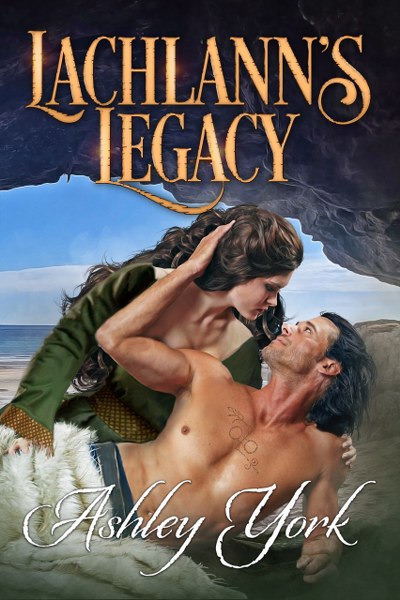 Lachlann’s Legacy
The Order of the Scottish Thistle, # 1
by Ashley York
Historical Romance

On the Moray coast in Scotland…

Ethne’s genuine and caring nature makes her invaluable to her brother as his son’s caretaker, but he and his wife treat her as little more than their servant. When she learns their tribal leader would use her chaste status for his own purposes, Ethne plans to escape and reluctantly accepts the help of Lachlann—a handsome pilgrim she only just met at the local faire.

Despite her independent spirit, Ethne feels drawn to Lachlann. Her instincts say his intentions are honorable, but can she trust him with her heart?

Raised by his godfather with few clues to his family’s past, Lachlann values his freedom and the brotherhood of his highlander kin. Disguised as a pilgrim on a mission for the priory, he encounters Ethne, a warm, intelligent maiden whose courage in the face of a loveless marriage awakens an intense need to protect her.

Unfortunately, Ethne is one of the very people he must deceive to explore the cave system containing clues to the lost treasure he seeks. But he cannot abandon her to an uncertain fate—or deny the simmering tension between them.

With religious prejudice running high and both of them facing tests of loyalty, Lachlann and Ethne may realize the only way to fight for their futures is to surrender… to each other.

Lachlann stopped reading to watch her. Her eyes remained bright and her voice low, bringing him in closer as the story caught his imagination.

“This man writes that he was once called Oengus, a hired killer. Pillaging and raping for whoever would pay him the most: Celt, Pict, Anglo-Saxon. And all the spoils were his to take or use as he chose. He recalls one particularly savage battle; his arm was all but severed from his body. He was left for dead, discarded like he never mattered, while his life’s blood seeped into the hard, cold ground. The blowing leaves covered him as they fell, because he hadn’t the strength to clear them away. Hours and days went by while he waited for his death. That is when Columba found him.

“Columba gave him cool, refreshing water and spoke reassuring words of God’s love and mercy. Oengus’s body raged with fever. In his brokenness, he called Columba a liar, crying out that God could never forgive him for the atrocities he’d inflicted on the innocent. But Columba continued to care for Oengus’s many wounds, insisting God would forgive a repentant heart.

“When the fever finally broke, Oengus awoke in the priory surrounded by monks praying over him. It was several weeks before he fully recovered, but he finally felt well enough to ask for Columba. The man had shown him great love and care, and Oengus wished to be baptized by the man. The monks told him Columba had been dead for hundreds of years.”

**Special Offer! **
To celebrate the release of Lachlann’s Legacy, all four books in the Norman’s Conquest series (which first introduced Lachlann) are on sale for only .99 cents!! 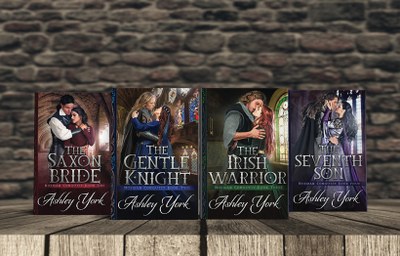 Whether it’s in the mysterious ring forts of Ireland, the romantic Scottish Highlands, or the battle fields of Hastings, her characters fight hard and play hard. Good or evil, primary or secondary, they’ll yank at your emotions and make it hard to put her books down.

Passionate about history and research, York may tweak some historical facts (like the location of the Baron’s Rebellion) but the flavor of the time is undeniable. With heroes and heroines you’ll want to read about again and again, her stories are fresh and unpredictable but still finish with a satisfying HEA.