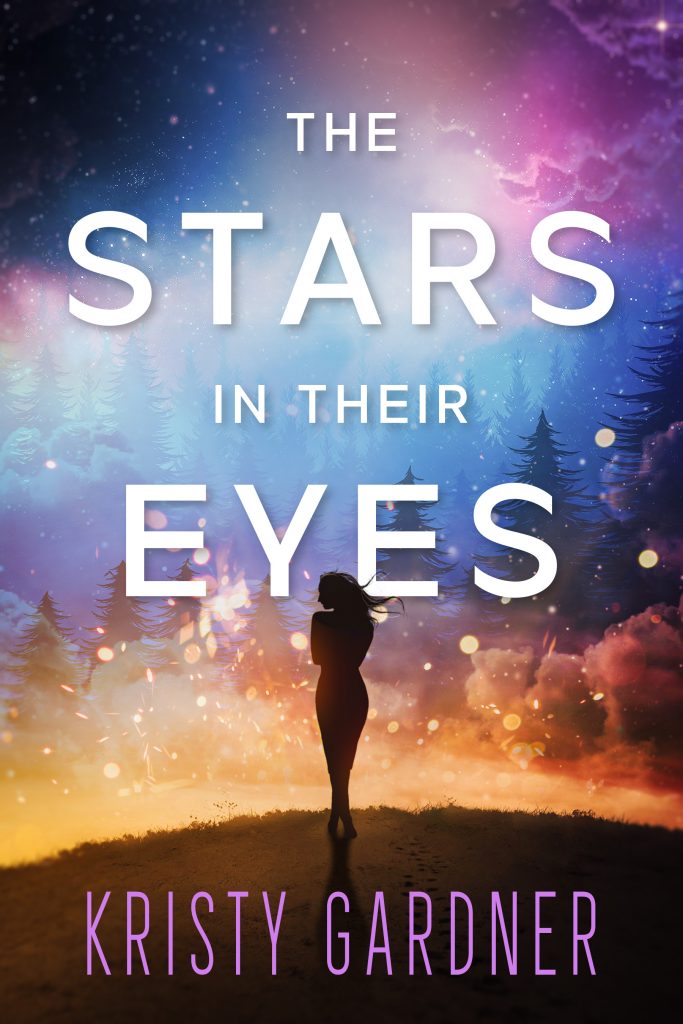 The stakes were clear after the Change – survive together, or die.

Calay and Tess’s love has kept them alive four years after the aliens decimated Earth. But when Calay finds herself fighting for her life and Tess missing, she hears death knocking. Banging, really. She has nothing. Scraps for food, the clothes on her back, no safe place for respite. And yet, she is determined to risk it all to reunite with the one woman she has ever loved. She only has one choice: she must find Tess.

Reluctantly, Calay braves the new nightmares of a ravaged Pacific Northwest, alone. Thrust into the darkness, she is haunted by horrors beyond her imagination — alien executioners, a mysterious man whom she can’t quite put her finger on, the rise of a sinister cult, and a shocking family secret that challenges everything she thinks she knows.

As the lines between good and evil blur, Calay’s desperation threatens to spill what’s left of her humanity. Her heart smeared across her tattered sleeve, she is pulled deeper into the madness of a world that has become kill or be killed. Calay realizes she must deny her feral instincts and resist becoming a monster herself, confronting her demons as share stares down the barrel of a terrifying truth: she may actually be forever alone. Time is running out and she knows it. Her only hope is to become who she is truly meant to be and unify with the love of her life once and for all. But, at what cost?

To survive, Calay must choose between the unthinkable: give up, or give ‘em hell.

1. What inspired you to write this book, or how did the idea start?
I hit my pain threshold and needed an outlet. Or therapy. Probably both. Haha…
Actually though, I didn’t realize I was writing my own history. It’s a book written out of fear, loneliness, and above all else, love. When I started writing this book, I’d spent the better part of a decade neglecting my needs and stuffing my voice deep down inside to the point where I became emotionally paralyzed. For most of my life I was living two selves at once: the one the world demanded I be, and the one who was curled up inside, screaming to get out.

Tbh, I’m still on that journey. It wasn’t until I started to break free of those patterns, starting with this book, that I began to heal. Seven years later I’m putting me back together, piece by piece. And a big part of that process was writing The Stars In Their Eyes and Calay’s journey to reunite with Tess.

2. What, if anything, did you learn when writing the book?
How useful emotional trauma can be. Actually though. It serves a purpose, and if we listen, we can learn and grow from it.

Another thing I learned was actually how to write a novel. I’d never written fiction in a substantial way before. Not since I was small. I’d spent the better part of my adult years writing non-fiction, actually, which is much more concise and to the point. Crafting an emotionally-driven narrative with complex characters, motivations, and relationships that evolve over the course of the book was very different. And very difficult for me. It was clunky and almost read like a film script with thread-bare direction and uneven dialogue. I actually added over 20,000 words to the second draft to flush out the story.

3. What surprised you the most in writing it?
This is something I was surprised by after I finished writing the first draft. That is, how similar Calay’s emotional journey is to what mine was when I wrote it. I was shocked when I realized it and grateful for the healing that took place as a result of processing my inner-world through her eyes.

4. If it’s not a spoiler, what does the title mean?
You’ll have to read it to find out!

5. Were any of the characters inspired by real people? If so, do they know?
Elements of them were. There are several people in my life who inspired characters in The Stars In Their Eyes. They’ll know who they are when they read the book and find their easter eggs.

6. Do you consider the book to have a lesson or moral?
It has several and I think the reader will uncover the ones that mean the most to them.

7. What is your favorite part of the book?
I can’t say! I want to. But I can’t. Beta and pre-release readers have messaged to tell me they literally gasped out loud at certain points in the book, and they are all my favourite.

8. Which character was most challenging to create? Why?
Calay was the most challenging to write. She was immensely unlikable in the first draft. It took several more to flush out her motivations and convey them in a way that felt honest. I guess that’s why so many readers have now reviewed the book as “visceral”. I wanted them to feel her pain, to venture into the darkness with her. She’s not going to be anyone’s favourite person now, but I think readers can finally connect with her journey. Crafting a character who is as flawed as she is, but at the same time relatable, was tough.

9. What are your immediate future plans?
Good question! I’m currently writing the second book in The Broken Stars series; it’s planned to be a trilogy. In the meantime I’ve finished a sci-fi adventure novel, and a YA sapphic fantasy novel which are both with my agent, shopping for a publisher.

I also just recently self-published a horror short story on my website. It’s available for free to anyone who signs up for my monthly newsletter. You can get it at kristygardner.com/the-daughter 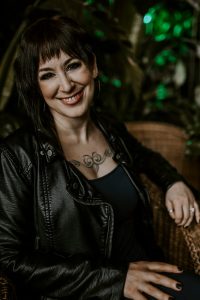 Her debut queer dark sci-fi novel, THE STARS IN THEIR EYES, is coming October 18, 2022.

Furnished with degrees in Gender Studies and Sociology, she crafts complex female characters that adventure through space, time, and emotional maelstroms questioning what identity – and home – really mean.

Her debut novel, THE STARS IN THEIR EYES, comes out October 2022. She is also the author of the award-winning cookbook, COOKING WITH COCKTAILS.

When she’s not jet-setting words on her laptop, she’s chasing stars, mountain adventures, belly laughs, coffee, big dog cuddles, and planning her next trip to SE Asia. She resides in Vancouver, B.C., with her partner and 90-pound rescued American Bulldog, Riley.

She is represented by Julie Gwinn at The Seymour Agency.

One Reply to “Spotlight & Author Interview: The Stars in their Eyes, by Kristy Gardner”