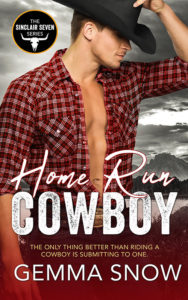 Book 1 in the The Sinclair Seven series

The only thing better than riding a cowboy is submitting to one.

That’s where The Ranch comes in. And with it, Caleb Cash.

The injury that cut short Caleb’s pitching career just before he joined the majors, then his wife walking out on him have made Caleb question everything about himself, and he hasn’t had a partner since.

Oh, they were high up now.

Ev had brought Skylar to Open Air Skydiving to get her mind off things, just as she had taken her white-water rafting, dancing and drinking, hiking, and movie binging, but it turned out that things had taken Skylar’s mind off skydiving and she was very suddenly hit with the realization that she was about to jump out of a plane.

Sweat ran down the cotton shirt pressed to Skylar’s back by the bulk of her diving gear and the attached diving instructor. She leaned over to hear what her best friend was saying.

“Of course you miss her.” Ev had to shout to be heard over the roar of the small plane’s engine and the whirling wind that beat against metal. This wasn’t a good idea. Why had she thought it was a good idea? “You know that’s okay, right? You’re allowed to miss her.”

It was just the rush of air coming from the open door that had Skylar’s eyes watering behind the plastic goggles they’d been given when they checked into Open Air Skydiving Center just outside of DC earlier that afternoon. Just the air pressure and not the pressure behind her eyes, or anything ridiculous like that.

“I know,” Skylar shouted with more conviction than she felt. How was it she could be more than ten thousand feet above the ground and still feel this sense of malaise? “I was just hoping that sunshine and hot men would make me forget about it for a while.”

That had been the plan. A jaunt around Greece—exploring the coasts and the beaches, visiting some of the world’s most beautiful historic sites, getting tan and drinking local wine until the day she returned to the city—all with the hope that their home wouldn’t feel quite so quiet when she got back.

“You know that Callie is totally going to take on the world, right? Don’t think of it as your little girl going off to college. Think of it as…as the next step toward her Nobel Peace Prize.” Ev raised her voice even more to be heard. She leaned close and put her hand on Skylar’s, and goodness if Skylar didn’t need the kind of comforting touch Ev brought, even if it was slightly inhibited by the two diving instructors strapped to their backs, diving instructors who were now communicating that their jump point was coming up.

“Maybe this isn’t such a good idea…” The words were swallowed by the sound of the instructors moving about the cabin of the plane. Then Skylar was right there, standing over the world, her stomach somewhere at her feet, and the sweat she had been feeling a moment ago cooling into a panic that made her shiver.

“Are you ready?” her instructor asked, but the words were swallowed up on the wind and he didn’t give her a chance to respond before her feet were no longer anchored to the floor of the plane, before none of her body was anchored to the plane, but out in the open air, nearly three miles above the ground, a dizzying display of city and farmland and highway spreading out around them like the rug Callie had had in her room when she’d been a child.

Wait until she told Callie…

Callie would think this was the coolest thing Skylar had ever done.

With that thought in mind, Skylar spread her arms and relaxed her body enough to let the wind buoy her. Her heart pounded faster than the whirling plane propeller above them and her mouth was open in an eternal scream. This was terrifying, this was stupid, this was….

Her instructor pulled the cord and the parachute yanked them back, pressing hard against Skylar’s body and knocking the air from her chest for a moment. In a moment they were floating above the Virginia farmlands, a million tiny barns and homes and buildings coming into focus as they followed the natural course of the air. This was peace, somehow, in a tumult of chaos. In a whirlwind of everything that had happened these past weeks, she somehow felt at peace miles above the solid ground and wished, fleetingly, stupidly, that she never had to touch down again.

When her feet hit the ground, she stumbled but didn’t lose her balance and a rush of adrenaline coursed through her body. She wanted to dance, to swim across a river, to go back to Greece and figure out exactly what she had run away from by coming back from her Mediterranean adventures nearly a week earlier than she had planned and allowing Ev and her partners to toss her into every available adventure within three hours of the city.

As if she could hear her thoughts, Ev touched down a few hundred yards from Skylar, whooping and hollering with the same delight that raced through Skylar’s body right now. Soon they were disentangled from their chutes and Skylar was running over to Ev, wrapping her in a hug and swinging her around. Adrenaline made picking up her friend easier than expected and she could almost see how mothers could lift cars off their children in emergencies.

“That was wild!” She was definitely shouting but Ev didn’t seem to realize. “Let’s go again!” Ev laughed, wrapped her arm around Skylar’s waist and half-pulled her to the facility to drop their diving suits off and grab their bags. When they returned to the parking lot, it was to find Ev’s partners, Lucas and Quinn, waiting for them against a large black SUV.

Quinn Langston and Lucas Vallejo were Ev’s husbands and friends from back when they had trained at Quantico together. It had been nothing more than a momentary blip for Skylar to accustom herself to their relationship. Not only had the three been thick as thieves for a decade and the transition an easy and natural one, but Skylar’s own love for Ev went back even further, and she was never going to begrudge her happiness, no matter what form it took.

Ev had been there since the beginning, since Skylar had been pregnant and alone and desperate for a job, any job. Ev had just moved to DC the summer after graduating from Columbia University, before her training at Quantico, and they’d shared night shifts, and morning shifts and lazy afternoon shifts all summer long, sweating their asses off and working their calves to hell in the City Street Diner, across the street from George Washington University Hospital.

It had formed an impenetrable bond between the two of them, two young women trying to make it in a world not designed for them, and though Ev had gone on to save the world from evil at the FBI and Skylar had created her own successful business from the ground up, they had never lost touch.

Ev had been there the day Callie was born, been the one Skylar had put on her emergency forms, the one Skylar had called when the going had gotten really rough. It shouldn’t have come as a shock that Ev the grown-up, now in her late thirties and balancing two relationships and an incredibly successful career, would be able to see exactly what was bothering Skylar without skipping a beat. Well, almost everything that was bothering her.

“I’ve never seen you look more gorgeous in my life,” Lucas teased as the two neared the SUV. He was pretty gorgeous himself, all honey words and thick dark hair that Ev had disclosed one drunken night he very much liked pulled. Beside him, Quinn’s stoic expression cracked slightly, and he leaned down to kiss Ev before wrapping Skylar in a hug. It felt like having a brother back and some of the adrenaline of their trip through time and space faded slightly.

“Did you enjoy yourself?” he asked. Quinn was the most reserved of the three, and while they’d been waging a war against Skylar’s demons since she had returned from Greece early without an explanation, he’d given her the most space to process things, to be herself. She knew he had secrets of his own and appreciated his methods and gentleness as much as she did Lucas’ flirtatious humor and Ev’s open warmth.

“It was amazing,” she said honestly. For five minutes, she’d been able to stop thinking about Callie, about her empty apartment, about the what if of what she had run away from in Greece.

“Night’s just getting started!” Lucas chimed in, wrapping his arm around Ev’s waist and leaning in very, very close. “We have reservations at Little Cuba in”—he made a show of checking his watch—“ten minutes.” Little Cuba had the kind of festive atmosphere that was just perfect for a night out after jumping from a plane and Skylar had to appreciate the extent to which her friends were going to help her feel good.

It might help if I explained what the problem is.

Because she hadn’t exactly told Ev that it wasn’t so much the sense of being lost at sea with Callie in her first year of school on the other coast that had her in a funk. That had been why she’d left for Greece in the first place. But what she had found there… 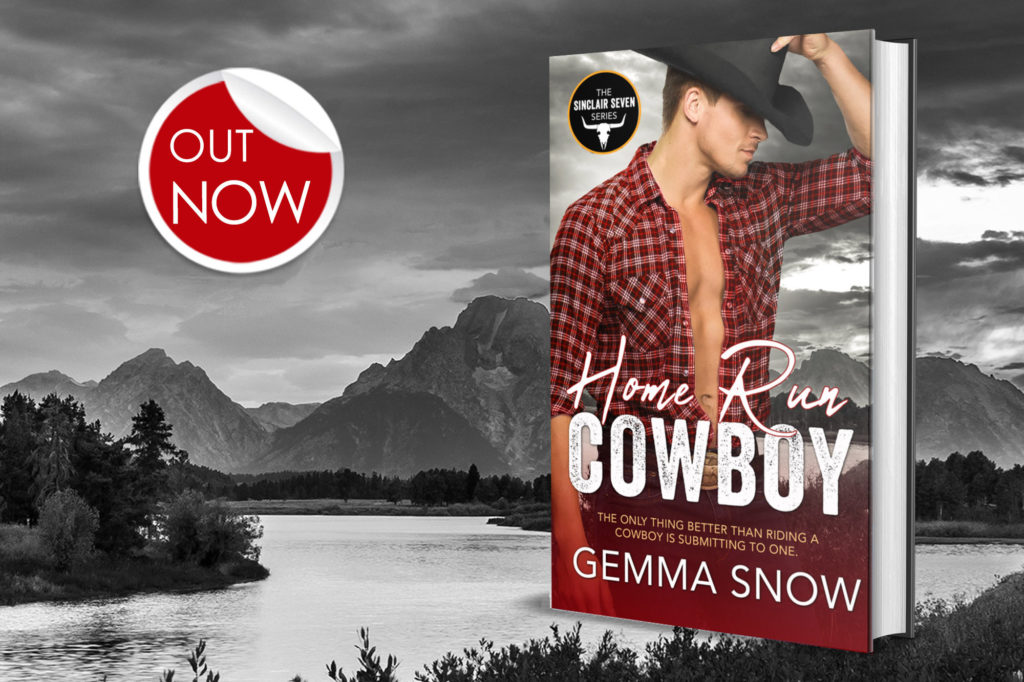 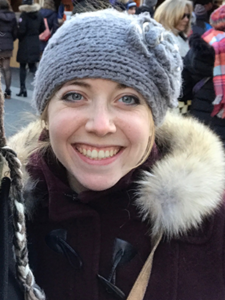 Gemma Snow loves high heat, high adventures and high expectations for her heroes! Her stories are set in the past and present, from the glittering streets of Paris to cowboy-rich Triple Diamond Ranch in Wolf Creek, Montana.

In her free time, she loves to travel, and spent several months living in a fourteenth-century castle in the Netherlands. When not exploring the world, she likes dreaming up stories, eating spicy food, driving fast cars and talking to strangers. She recently moved to Nashville with a cute redheaded cat and a cute redheaded boy.

Enter for your chance to win a fabulous gift package and get a FREE romance book from the author!

GEMMA SNOW IS GIVING AWAY FABULOUS PRIZE TO ONE LUCKY WINNER. ENTER HERE FOR YOUR CHANCE TO WIN AND GET A FREE EBOOK FROM THE AUTHOR! Notice: This competition ends on 18TH May 2021 at 5pm GMT. Competition hosted by Totally Entwined Group.

Enter to win a signed copy of signed Copy of Homerun Cowboy, signed Triple Diamond Series books, and/or some treats and goodies.