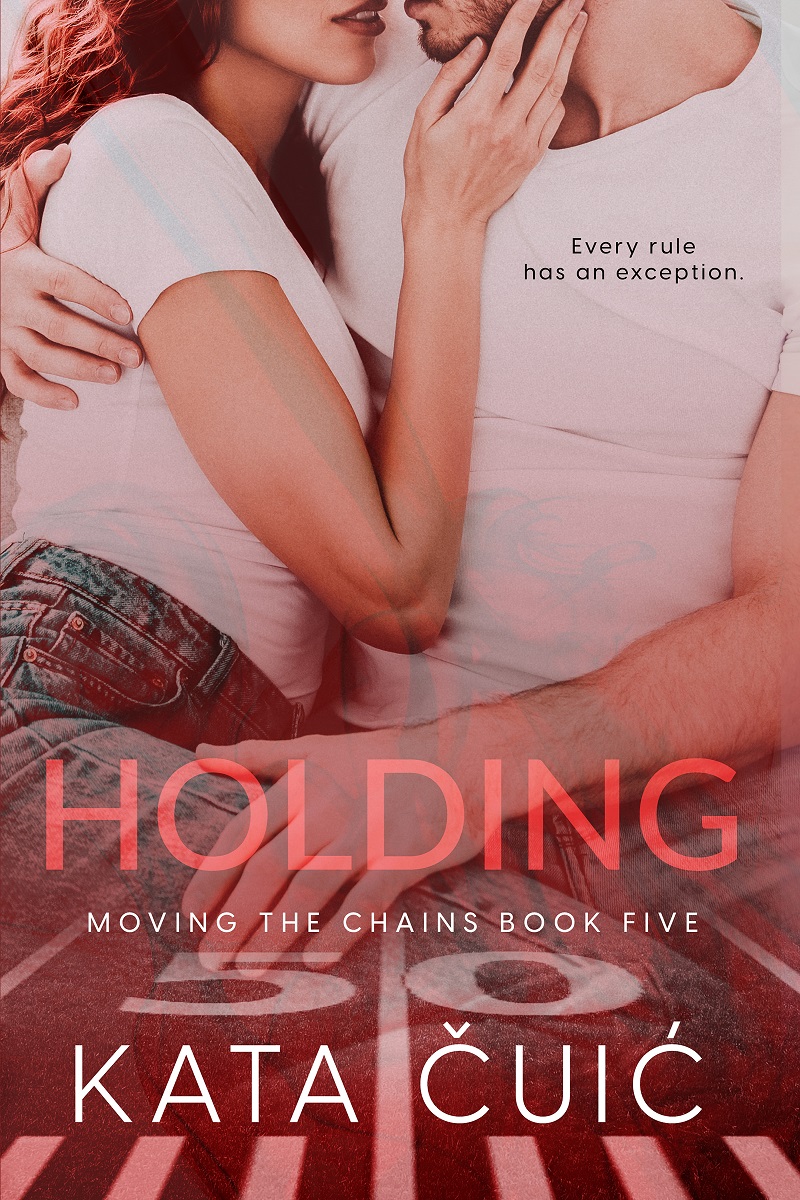 Every rule has an exception.

Tori Russo’s job is very simple—be a pretty distraction for a professional football player with a bad attitude. Her only problem? She’d rather gain some actual marketing experience during her internship than be someone’s arm candy for photo ops. Growing up with a Navy captain father and five older, overprotective brothers, she’s never been allowed to stand on her own two feet. She’s going to prove to them she has what it takes to be an independent adult. Even if it means giving in and faking a relationship with one of the NFL’s most eligible bachelors. Tori doesn’t want to sleep her way to the top, but her client is impossible to resist. If she can keep her heart out of the game, she can walk away with her head held high.

Mike Mitchell’s life shouldn’t be this complicated. All he wants is to play football and earn a good living for his family, but his life off the field is riddled with chaos. After a long-standing feud with an old friend-turned-rival is caught on camera, he’s assigned a PR rep by his team. His options are limited—play nice with the sweet as peaches redhead or be benched. With his paycheck and his ability to provide for his mom and sisters on the line, he’s convinced he can juggle one more ball. His only problem? He’s becoming way too attached to this gorgeous distraction. The friend zone is collapsing day by day. If he can’t avoid her temptation, then he’s going to have to find a different way to play by the rules. 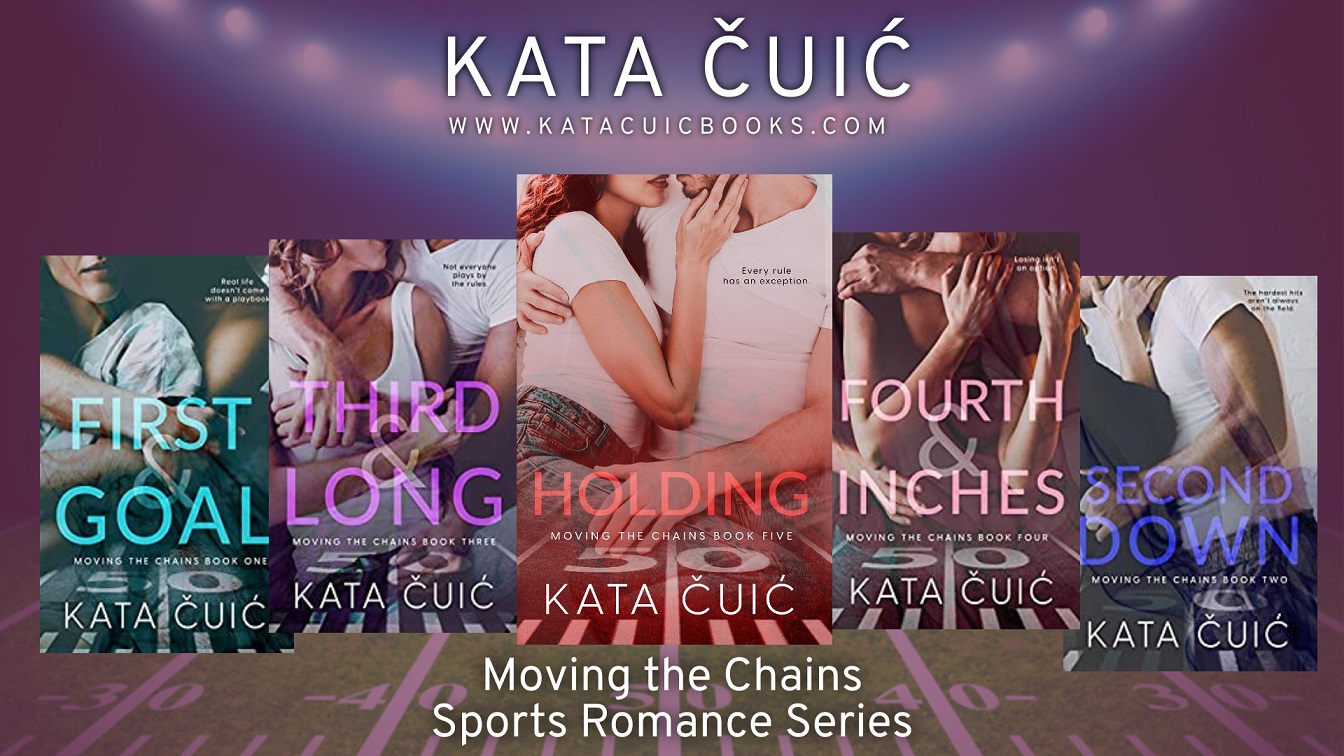 Other Books in the Moving the Chains Romance Series: 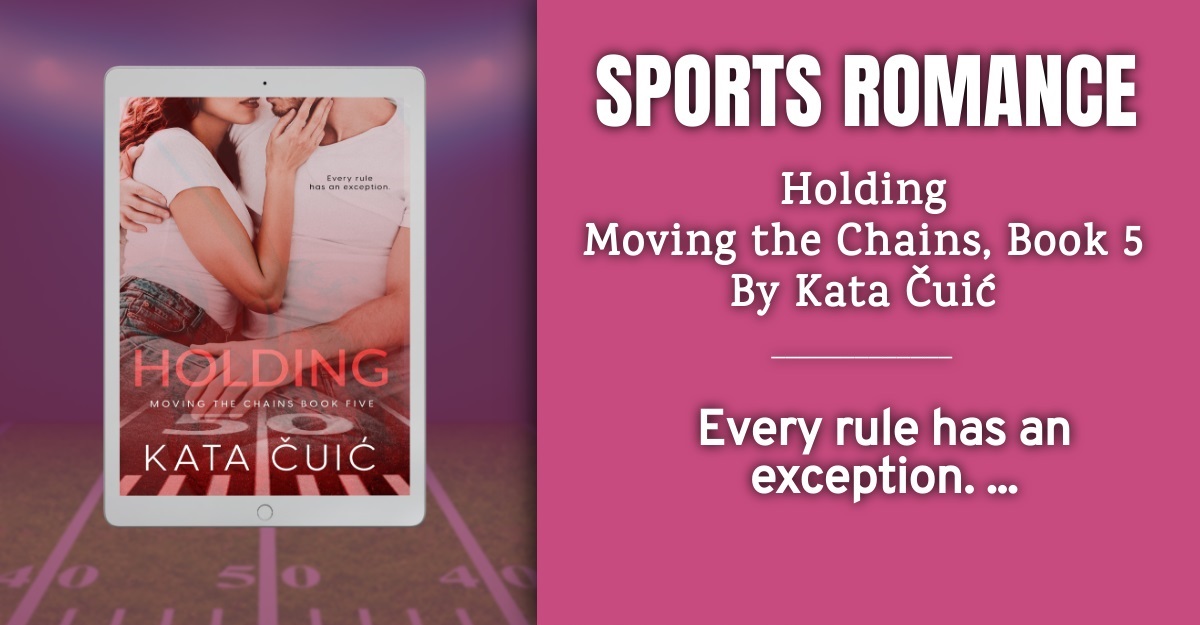 Even with his face twisting in a weird mixture of what I’m guessing is contempt, fury, then finally resignation, Mike Mitchell is a darn fine specimen of the male species. He’s apple pie, bonfires on a cool fall night, and the epitome of what most women imagine when they hear the words “football player.” In short, he’s an all-American stud whose good looks almost overshadow his annoyed expression. His full lips form an upside-down horseshoe. With that kind of expressive control, he’s probably a fantastic kisser.

He drags a hand through sweat-soaked hair that’s a much lighter shade of brown when it isn’t wet. From what I’ve seen of his team photos, he keeps it neat and doesn’t go overboard with products or style like the kind of guys who probably spend more time on their hair in the morning than I do.

Like Ben does. Or maybe he doesn’t anymore. I wouldn’t know because he made it perfectly clear that we needed a break to find ourselves. Whatever that means.

I snap out of my daze when Mitchell speaks.

A bark of laughter redirects my attention to the doorway. The same man who tested me stands at the entrance of the room like some sort of guard dog, his arms crossed over his chest. “Oh, we think you do.”

Mike throws his arms in the air, clearly frustrated. “Why? My numbers are solid. I’m pulling my weight—”

A round of boisterous laughter cuts him off. Another player shouts, “Yeah, because this is the weight room!”

He rolls his eyes at that admittedly horrible joke. “Butt out of my personal life, will you?”

“I knew it!” someone else calls. “He’s got butt problems!”

“Oh my God,” Mitchell mutters, rubbing his forehead. Then louder, “I’m not gay! Give it a rest already!”

“If you’re not gay, then explain your lover’s spat with Fossoway last week.”

My ears perk up because that name is precisely why I’m here. I open my mouth, but I don’t get a chance to speak.

“Relax and live a little! You’re in the big leagues now! Enjoy it!”

With each additional piece of life advice, Mike’s face gets redder and redder. I’m not sure whether it’s from anger or embarrassment. Both of which I totally empathize with. He finally explodes, leaping off his bench like his butt might actually have problems. In that it’s on fire. He stands so close to me; I can actually see the split second of hesitation in his eyes.

In the next heartbeat, my theory is proven right. So right.

If only it wasn’t so wrong.

That thought is impossible to maintain when strong, capable hands grip my hips and knead until I’m nearly purring. A decidedly inelegant squeak escapes my throat as I’m hauled against six feet of solid muscle. The instinct to let my hands explore every plane and deep ridge forces me to fist his damp shirt to stave off my baser instincts. Firm lips and a warm, soft tongue obliterate any other attempt at sensibility. If I’ve ever been kissed like this, I don’t remember it. I’m not sure I’ll remember my own name after even one more minute of this exquisite torture.

Thankfully, he pulls away before I can completely lose myself.

All my hopes for salvation go up in flames as his mouth migrates to the sensitive spot just below my ear, his lips tickling my prickly skin as he speaks. “Follow my lead.”

I’m not sure I could walk a straight line right now, much less follow him anywhere.

Seeming to sense my knees are close to buckling, he drags me away as laughter and more comments pelt me from all sides. The cacophony is barely enough to stop my mind from spinning.

“Don’t come back here until you’re a man again!”

Heck, I want to watch what Mike Mitchell is undoubtedly capable of, and pornography is not something I’ve ever engaged in.

Once we’re safely in the much quieter hallway, he releases me from his surprisingly gentle grip then rounds on me. “I’m sorry, but I’m not interested. I’ll pay for your wasted time though, unless whoever hired you paid up front.”

The conversation and events that went over my head in the weight room catch up to me with his offer. “You think I’m a prostitute?” 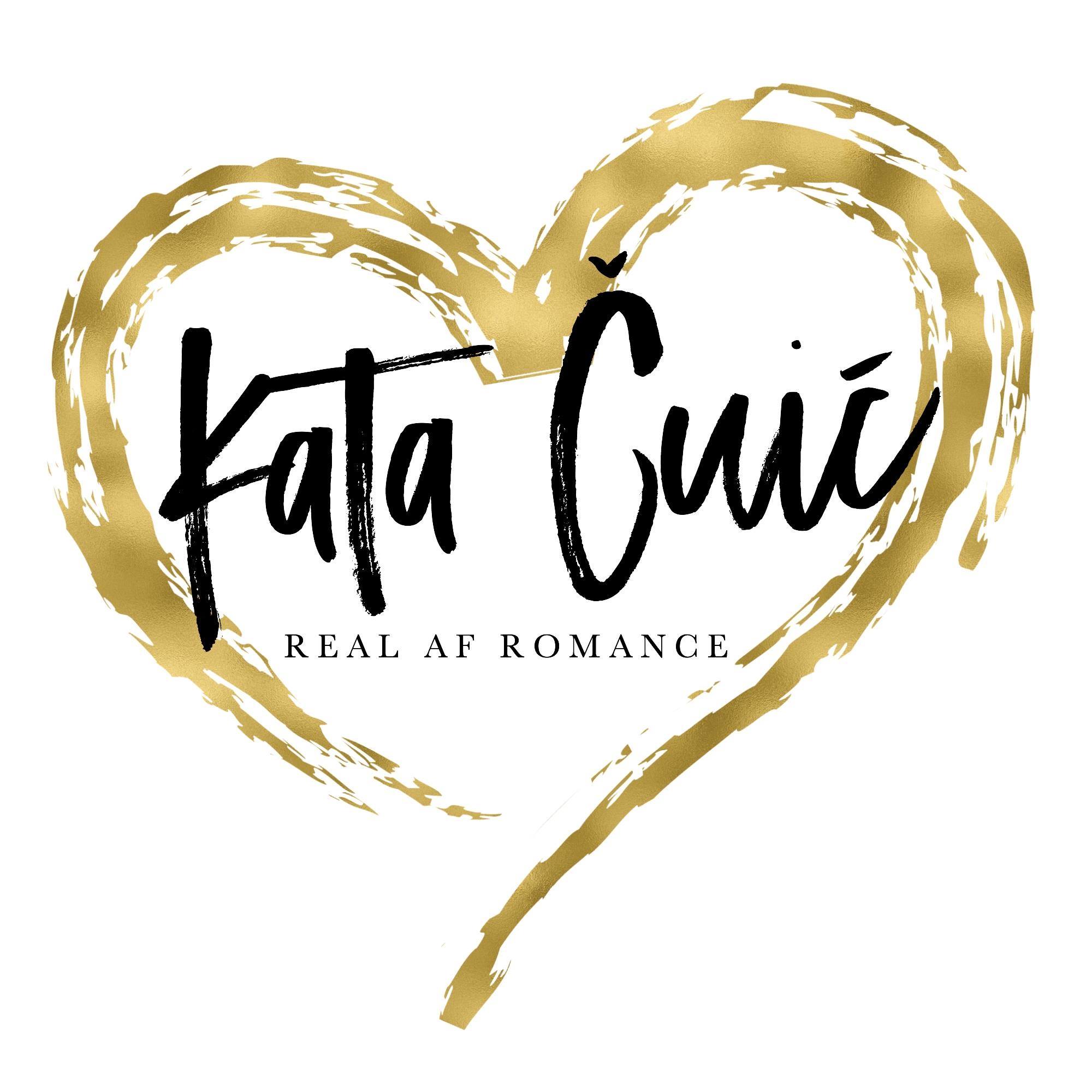 Kata Čuić lives in Pittsburgh, PA with her husband and three teens. No one told her life was gonna be this way. She holds a degree in Linguistics with a minor in Religious Studies from the University of Pittsburgh. Her plans of becoming a pediatric neurosurgeon were foiled by OChem 1. Fortunately, she’d been making up stories in her head since the days of her imaginary friend, Choosy. Putting pen to paper, er…fingers to the keyboard…came surprisingly naturally after her aforementioned teens decided it was time for them to cut their respective cords.

Kata writes everything from angst-filled YA series to standalone rom-coms and has been known to dabble in a bit of paranormal on the free stories section of her website. She believes nice guys shouldn’t have to finish last (except in the bedroom where she prefers an alpha between the sheets but a gentleman in the streets), and that the surest way to a woman’s heart is through laughter and food.

One Reply to “Book Blitz & Excerpt: Holding, by Kata Čuić”