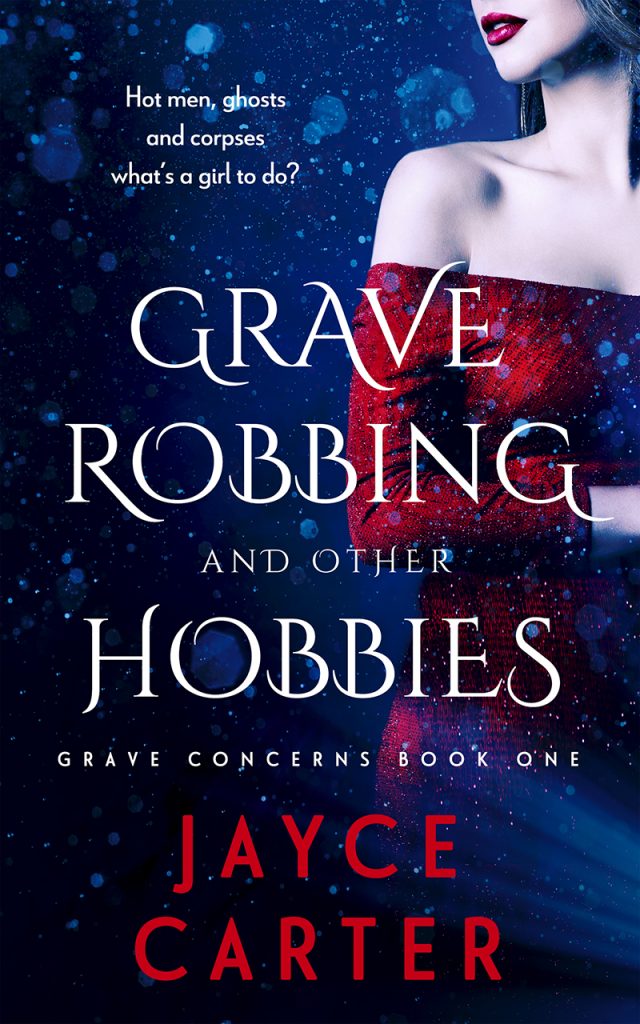 The spirit of the woman has gone missing, something that shouldn’t be possible, and everyone is looking to me for answers. There’s Kase, a vampire who’s both terrifying and secretive. Grant, a mage with a bad attitude and a lot of power. Troy, the possessive werewolf-detective next door and Hunter, a mysterious bad boy who isn’t even close to human.

“Are you telling me you’re a poltergeist?” I asked.

Hunter chuckled as he shifted his hand so he could stroke the inside of my wrist. The touch was innocent—he wasn’t rubbing anything intimate—and yet I could feel it rush through me as if his fingers were between my thighs. “What do you think?”

“I’ve never seen a poltergeist act like you.” I frowned as I tried to make my brain work despite how he crowded me and made me want to press against him. “And you weren’t able to enter my house without my invitation. Plus my secretary could see you, so no.”

He traced my bottom lip with the tip of his warm tongue, and I tasted flames. “You don’t invite poltergeists into your bed?”

“You did, just not with words.”

His lips curled into a grin before he bit down softly on my bottom lip, a sting of pain that made me arch up, that made me press my pelvis to him in a blatant and desperate offer. So, he wasn’t wrong.

I did want him, more than I might have ever wanted anything else.

6 Replies to “Spotlight & Excerpt: Grave Robbing and Other Hobbies + Giveaway”