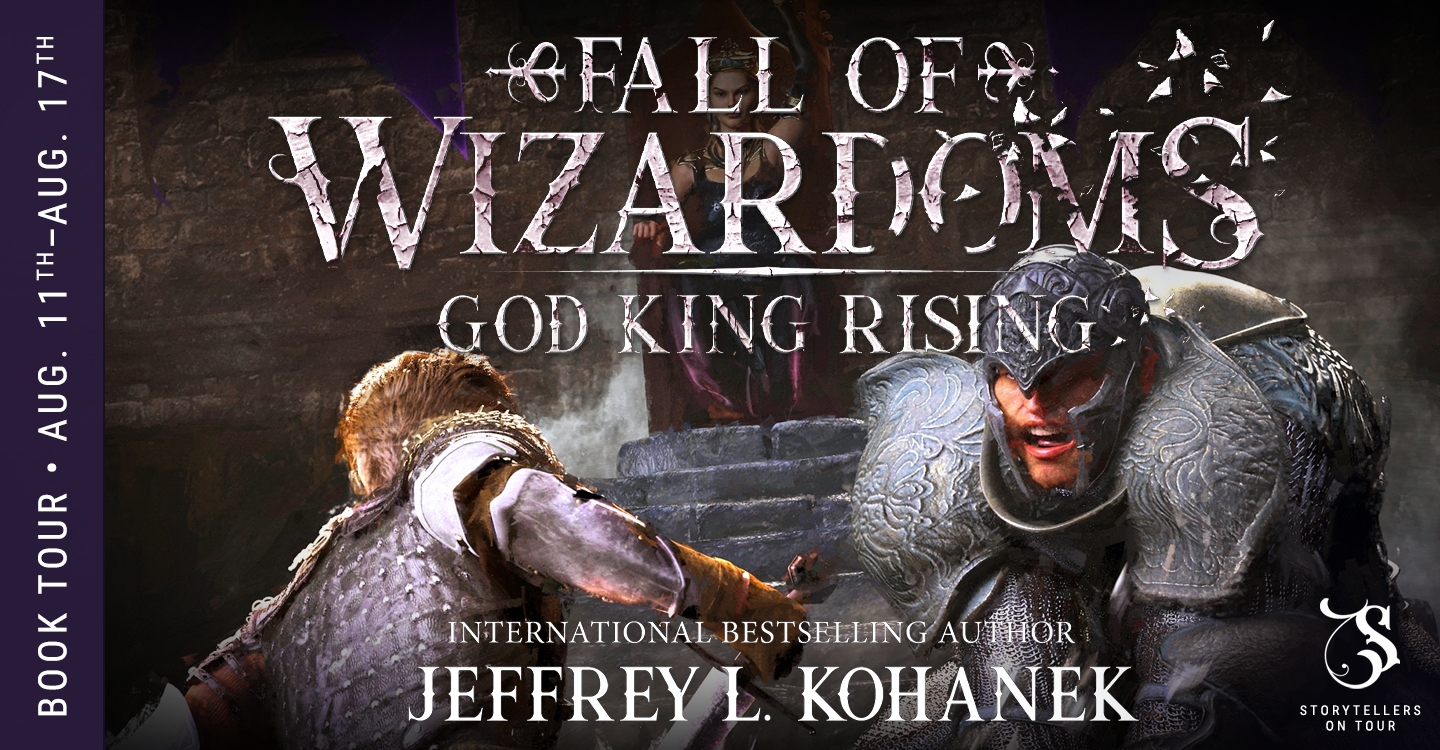 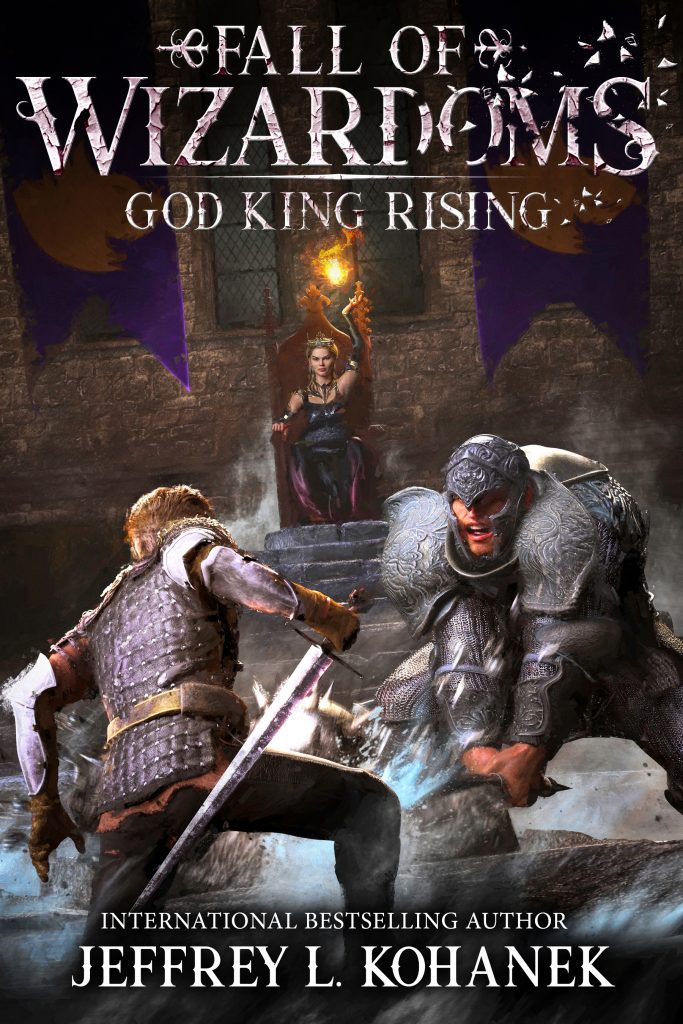 POSSIBLE ULTIMATE TOUR EXPERIENCE TICKETS: That Ship Has Sailed, Snark It Up, Love Actually, The More The Merrier, A Villain You Love To Hate, I’m Not Crying, You Are Crying, Bring On The Magic

One rules by fear, her citizens laboring to fund the lavish lifestyle of the wizard class. The other believes in justice and compassion, earning her the love of her subjects…and the enmity of her wizard peers.

In one wizardom, a secret rebellion brews. A hero to the people rises, fueled by a mysterious sorcerer’s blood magic. But at what cost?

Conspiracies and assassins lurk in every shadow, threatening the throne of another nation. The scheming wizard behind it will stop at nothing to claim the crown. Yet, even he is a pawn.

What force is behind it all? What is their endgame?

When I look back on my life, I marvel at the things I experienced…and those I survived.

My youth was difficult and troubled, hardening me for what was to come. Later, as a pirate, I fought beside men as apt to stab you in the back as to buy you an ale. Yet, I thrived, eventually rising to captain my own ship.

A woman in a role dominated by men, I chose to venture where only the courageous or foolish might, charting waters previously thought impassable, and earning myself the moniker Queen of the Shoals. Even so, I discovered there was much I had to learn of the world.

Tales of Urvadan, the Dark Lord, prevail throughout the Eight Wizardoms, often told around the fire at night. The source of all evil, his darkspawn stalking the darkness – these tales conjured frightening images and stirred nightmares unfounded in truth. Or so I thought.

In a frantic, horrible clash in the dark of night, my crew and I fought off a goblin squadron led by a shaman wielding unknowable dark magic. My ship was torched. My crew, slaughtered. I would have died as well had a wizard not appeared. Casting fireballs, lightning, and ferocious twisters, he destroyed the darkspawn and saved my life. This man was known simply as Chandan, and it was through him I was recruited to the Order of Sol.

It was a secret society based in a hidden oasis valley amid the desolate deserts of Hassakan. But the Order had members strewn throughout the Eight Wizardoms – tendrils of influence to apply toward their ultimate objective: To end the threat of the Dark Lord.

As a member of the Order, I worked in secret for three years, until, miraculously, a squad of heroes guided by our hand, vanquished Urvadan. The battle against the Dark Lord came with a price. It cost our world the other gods as well. Thus, a vacuum was created, for without gods to worship, without a higher power for spiritual guidance, mortals are doomed.

Thus begins my greatest adventure, one that would see a realm destroyed, hope lost, a world ended…and another reborn. This tale, I now share with you.

-Harlequin Ahlee
Queen of the Shoals 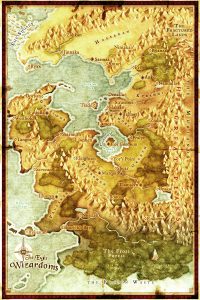 Now residing in southern California, Jeff uses that imagination to weave tales of engaging characters caught in fantastic plots to inspire young adults and the child within us all. 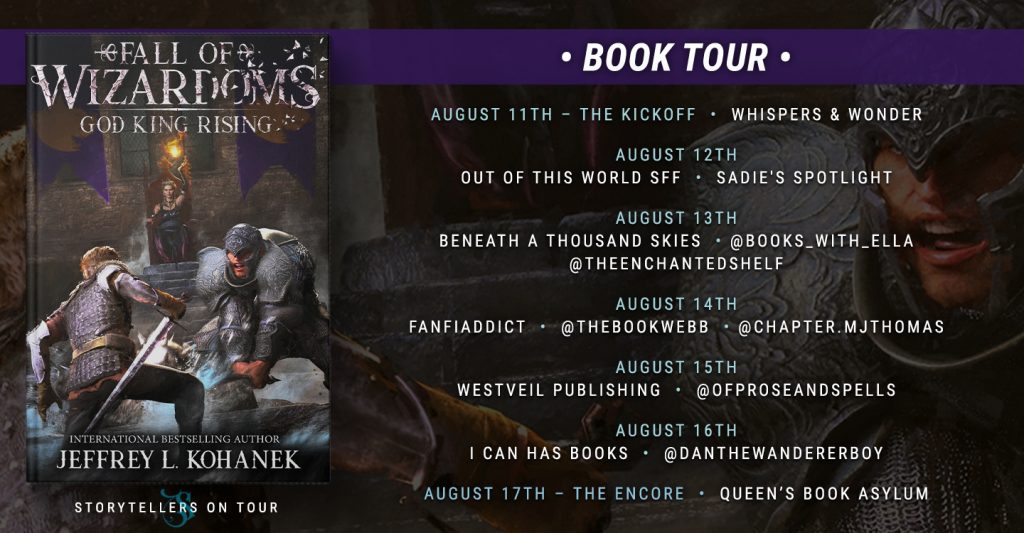