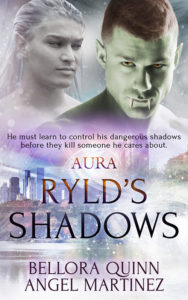 Book 4 in the AURA series

Ryld must learn to control his dangerous shadows before they kill someone he cares about or someone unscrupulous learns how to control him.

AURA’s offices have been quiet since the mage tower incident—as quiet as they can be for an agency dedicated to policing holes in reality—and the department heads have been free to turn their attention back to mundane matters. The return to quiet bureaucracy gives AURA’s Director of Research, Kai Hiltas, the time to turn his energy to a new issue—a young drow with unusual and dangerous powers named Ryld.

Though his shadows always lurk at the edges of his vision, Ryld does his best to live peacefully and not let them hurt anyone. He has his work, his apartment and a succession of minders assigned by AURA who are, ostensibly, there to keep him safe in his new world and to prevent him from causing any scenes with his shadows. Most of the time, the arrangement works. But one disastrous incident causes Ryld’s minder to leave him unattended and lost—the precise thing he was hired to prevent.

To replace the faithless minder, Kai suggests Hank, a half-goblin accountant recently in the middle of a string of terrible luck, while Kai works out how best to get Ryld the magical training he so desperately needs. For his part, Hank truly likes Ryld and insists he would be happier working as Ryld’s companion rather than as a controlling minder.

As Hank and Ryld slowly come to terms with sharing space—and eventually more—Kai’s search for a teacher for Ryld takes them out west on the invitation of the Elvenhome’s aelfe queen and right into the lap of inter-elven feuds, ancient prejudice, conspiracies and trafficking rings. What should have been a pleasant visit soon turns into more than even forever-scheming Kai can handle.

Reader advisory: This book contains references to past trauma and PTSD, kidnapping and kidnapping of a child.

“I thought you guys were supposed to be more…buff.”

Ryld looked at the man blankly.

“Oh. Yes. Most of the aelfe are, as you say, buff. My kind, the drow, are as tall, but usually lighter in frame.”

The man took a sip of his beer. “So what happened to you? Did you miss the call when they were handin’ out the tickets for the tall and ripped lottery?”

Ryld processed that for a moment. None of that made much sense. Nothing had happened to him, he’d missed no calls as far as he knew, and he wasn’t sure what gambling had to do with anything. He wasn’t sure how, but his best guess, given the previous question, was the man was asking why he looked different from other elves he must have met.

“Simple genetics. I was bred for certain characteristics. My coloring. My…ability with magic.” Ryld took a sip of his own beer. “Those genetic traits also carry markers for a smaller height and build.” And madness. But Ryld had already learned humans had a deep fear of madness, so he kept that to himself.

Ryld blinked again. Five and a half feet was an Imperial measurement, presumably of his height, which, while accurate, was terribly inefficient. Since they were discussing his size, the other observation should have been about his weight, but instead he spoke of money.

“I have more than a dollar and fifty cents with me. The drinks here are known to be expensive. I made sure I brought enough.”

His drinking companion laughed. “Never mind. You’re a funny one.”

That was odd. Usually, he didn’t understand human humor and they could be more uncomfortable with his presence than amused by it.

Ryld looked up from the human he’d been studying into the face of someone who had exactly the elven characteristic the human had commented Ryld lacked. Tall and broad shouldered, with dark, ash-blond hair, and a countenance that made sure all but the most inebriated of bar patrons stayed well out of his way. Ryld sighed and set his drink down half finished.

He stood without argument and bid the human good night, as was their custom, and followed his minder outside. As he crossed the threshold, a small flicker of dark caught his eye, but he ignored it and kept moving.

“The establishment isn’t closed for the evening yet,” he pointed out as they walked down the row of vehicles in the parking lot.

Cress gave his own sigh. “No, but it will be very soon. We’ve been over this, Ryld. You don’t have to stay until everyone else has gone, and they kick us out.”

“But…there were still a few humans I hadn’t spoken to.”

“Nor do you need to speak to everyone in the place in one night.”

“Oh. Did I transgress? Make a mistake?”

“I know what transgress means, and no, you didn’t. They don’t have a rule dictating how many people you should or should not speak to.”

Cress stopped too and turned to look at him. Ryld managed to meet his eyes for a moment, then shifted his gaze to a spot over Cress’ shoulder. Better to look at a point over the other person’s shoulder than drop his eyes, he’d learned. A downward-cast gaze was viewed as subservient, rather than simply respectful.

“When there isn’t a rule, they decide for themselves how many people they speak with, and who.”

Ryld caught another flicker out of the corner of his eye and swallowed. “If there were a rule, it would be so much easier to know.”

Cress spoke in a low, soothing tone. The one he used when he was being extra patient. When he wanted to avoid a scene. Ryld didn’t want there to be a scene either. His head would ache for days after, and sometimes he couldn’t even get out of bed if it had been particularly bad. It wasn’t as if they hadn’t had this conversation about rules before. There was no reason to get upset.

“Okay? Are you ready to go now?” Cress asked. 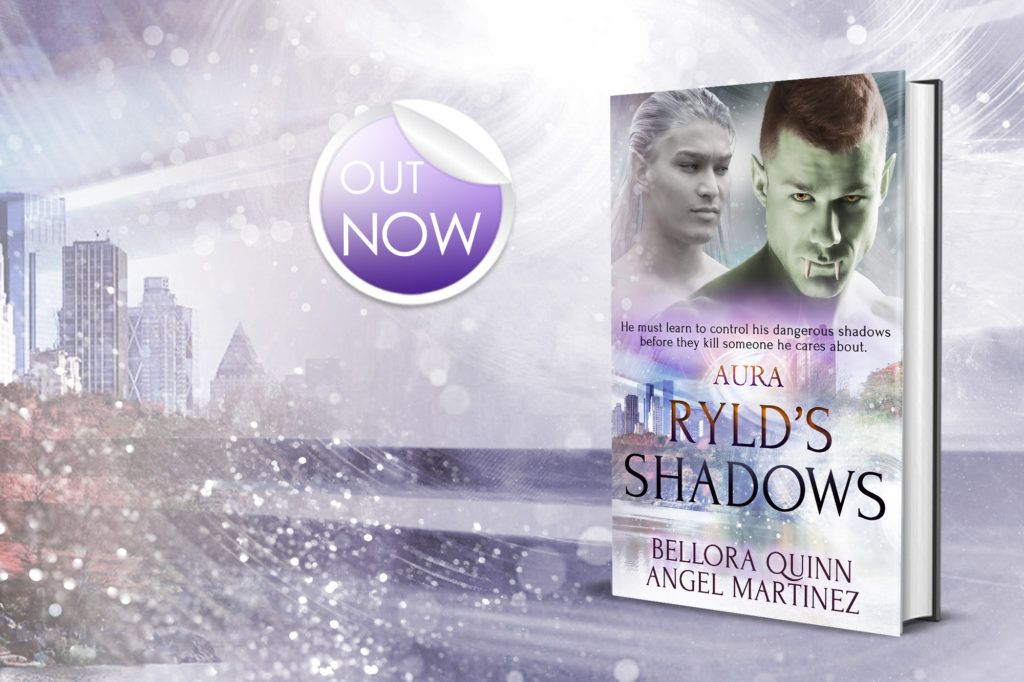 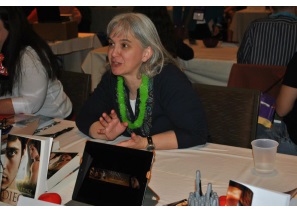 The unlikely black sheep of an ivory tower intellectual family, Angel Martinez has managed to make her way through life reasonably unscathed. Despite a wildly misspent youth, she snagged a degree in English Lit, married once and did it right the first time, (same husband for almost twenty-four years) gave birth to one amazing son, (now in college) and realized at some point that she could get paid for writing.

She currently lives in Delaware in a drinking town with a college problem and writes Science Fiction and Fantasy centered around gay heroes. 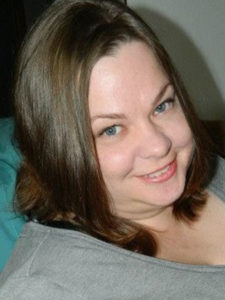 Originally hailing from Detroit Michigan, Bellora now resides on the sunny Gulf Coast of Florida where a herd of Dachshunds keeps her entertained. She got her start in writing at the dawn of the internet when she discovered PbEMs (Play by email) and found a passion for collaborative writing and steamy hot erotica. Soap Opera like blogs soon followed and eventually full novels.