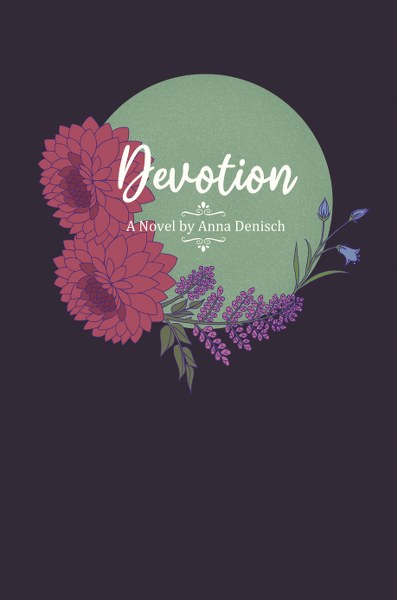 A heart-warming and entertaining poly romance story about marriage bonds, friendship, and the endless supply of love we all carry in our hearts.

According to the rumors, Ainsley is a prostitute. To escape the meddling ways of their families, Ainsley and his husband Graham move to a new town where they hope to find peace. Ainsley spends his days worrying if Graham’s decision to marry him was the right one, and he is devoted to giving Graham the life he deserves.

Andrew Croften has never been one to settle down, despite how desperately he seeks companionship. His romantic life is a series of half-flung flings that earned him the title of ‘home wrecker’ and his professional life is haunted by his long-term bully. But when he visits his friends’ party and meets the charming and adorable Ainsley, he devises a plan to steal him away from his husband.

Yet Croften finds himself drawing closer to Graham as well, especially as Graham’s brother and Croften’s bully are intent on causing chaos in their lives. Perhaps three heads (or rather hearts) are better than two

The floor creaked under his toe, Croften wincing as the rest of his foot followed the step. He tensed, waiting. He heard heels clicking their way towards him. His eyes glanced to the nearest door and he rushed inside. To the library. To where Ursula was standing at a shelf. Holding a book in her hand.
Shit.
“You!”
Croften turned to race out of the room but Mara was approaching, blocking his exit. He grimaced and ran further into the room. His only option. Ursula chased after him, brandishing the book like a weapon. She managed to catch up, hitting him with the book as he tried to get away.
“You idiot!” Smack. “You big dumb idiot!” Smack. Smack. “What is your problem?” Smack.
Croften had let himself get cornered, falling backward onto the couch his only saving hope for getting away. He didn’t. Ursula fell on top of him, straddling him so he couldn’t get up, continuing to hit him with the book. Thankfully it wasn’t a terribly large one.
“You are so stupid!” Smack. “I can’t believe it!” Smack. “Do you have brain damage?”
Croften brought his arms up to protect himself from the onslaught. “I might if you keep hitting me!”
Ursula stopped, breathing hard above him. She lowered her arms, book resting at the side. “What is wrong with you?”
He didn’t know. He hazarded a, probably correct, guess. “I wasn’t held enough as a child?”
Ursula’s face scrunched up and she started hitting him again. Thankfully she only managed to get a few swats in before Mara grabbed her around the waist, pulling her away.
“What were you thinking, Croften?” Mara asked, continuing to hold her wife, who struggled slightly at her constant need to be hitting him.
Croften shrugged, letting himself sit up. “I wasn’t.”
“You had to be thinking something. I mean, why would you do that? What did you hope to accomplish?”
Croften frowned. “I just wanted…” I wanted to know what it was like. I wanted to let Ainsley know that I liked him. That I loved him. I wanted to show him how it could be, with me. How better his life would be. How good we could be together. He sighed, deflating against the couch. “I just wanted to mess with Graham was all.”
Mara shook her head and released Ursula, who was on him in a minute.
“Stupid, stupid, stupid,” she said, hitting him three more times for good measure. Then she seemed to tire of it, putting the book down and walking away. 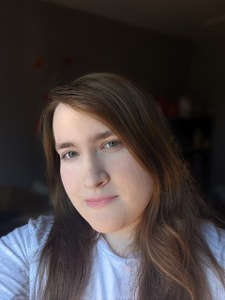 Anna Denisch was born and raised just outside of Baltimore City, but she has never called it home. When not traveling around the world or daydreaming about dragons, she spends her time looking at books she wants to read without actually touching them. She received her M.F.A in Creative and Professional Writing from Western Connecticut State University and considers daily if she is just insane enough to take her family’s sometime suggestion of getting a PhD.