I am thrilled to be hosting a spot on the ACADEMY OF MAGICAL CREATURES by Megan Linski & Alicia Rades Blog Tour hosted by Rockstar Book Tours. Check out my post and make sure to enter the giveaway! Oh and check out the author’s bio’s for FREE eBooks! 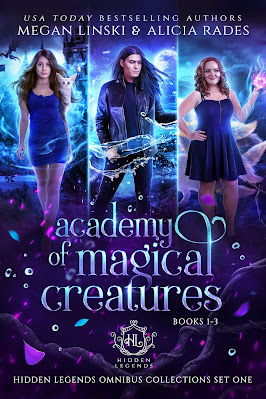 Find it: Goodreads, Kindle, Audible, B&N, iBooks, Kobo, or check out this link for all other eBook and Audiobook retailers

USA TODAY BESTSELLING AUTHORS Megan Linski and Alicia Rades create a mythical three-book box set full of forbidden romance at a supernatural academy where magical creatures bond with powerful elementals and a hidden prophecy will decide the fate of all.

Sophia is destined to be the savior of an ancient tribe, but controlling her Fire magic at a school where dragons fly and mystery is around every corner is more complicated than she thought. At Orenda Academy, power is absolute, and students are thrown into a dangerous competition to survive. The Elders who run the tribe are ruthless, and they see Sophia as the ultimate threat.

Liam is the outcast son of a Water chief who’s lost everything. He’s been given a chance to restore his honor… if he helps the Elders take Sophia down. Unfortunately, she’s the one person he’s chosen to protect.

Fire and Water aren’t allowed to be together, and if anyone discovers Liam’s love for Sophia, death will be imminent for them both. To fight back against the Elders, their forbidden romance must come into the light… and ignite a rebellion within the tribe.

Over 1400+ pages of mythical creatures and memorable characters!

“I truly recommend this book for anyone looking to get sucked into a world; to lose sleep; become depressed that the world isn’t real but also enjoy a delicious read!” -Rebecca M., Reviewer ★★★★★

“I have no words for how this book made me feel. There is literally nothing else out there like it at the moment. You so need to read to believe.” -Sandra Kaye, Reviewer ★★★★★

This title is one omnibus in a set of Hidden Legend collections. The Hidden Legends Universe features college-aged protagonists attending magical academies, dual points-of-view, disabled and diverse main characters, and steamy, empowering romances. Omnibus sets connected to this series include University of Sorcery, College of Witchcraft, and Prison for Supernatural Offenders. 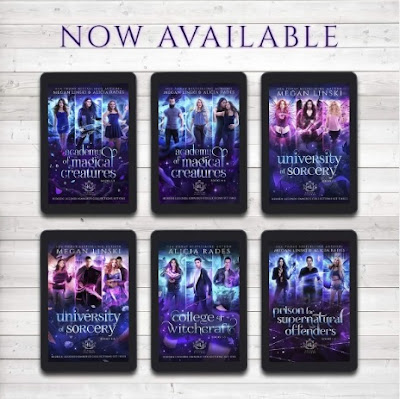 Grab all of the Hidden
Legends Omnibus Collections now!

Liam took my hands in his. “Sophia, what you just said about us being together… I don’t think you understand.”

My brow furrowed. “What’s there to understand, Liam? It’s against the rules. So we’ll change the rules. No big deal.”

“No big deal?” Liam hissed. “Sophia, this is the way it’s been for hundreds of years.”

It didn’t matter what Liam said about the House rules. There was no turning back from the line we’d already crossed.

Liam raked his fingers through his hair. God, he looked sexy when he did that. I wanted to run my hands through his hair… and down his forearms… and in other places I probably shouldn’t be thinking about.

I raised an eyebrow. “I don’t care about the rules. I want to be with you.”

“Because…” Liam sighed and glanced toward the castle. No one was close enough to hear. “Because if you say things like that, it just might come true.”

He stared down at me, his expression hard to read. He looked conflicted– like he wanted to agree with me but argue at the same time.

A thought suddenly occurred, and I drew away from him. “Do you… do you not want to be with me?”

Liam looked hurt by the question. “Of course I do. But we don’t have a choice.”

I relaxed slightly. “You always have a choice, Liam.”

His hands balled into fists, and his lips tightened until he couldn’t hold it in any longer. “Aw, Sophia.”

Liam growled. He honest to God growled. And then like a wolf trapping his prey, he pounced on me. One second he was standing a few feet away from me, and the next he’d swept me into his arms and claimed my lips for his own.

The world spun around me so quickly that I could no longer feel the stone path beneath my feet. Liam held me tightly to his chest. One hand tangled in the hair at the base of my neck while the other settled on my hip. His lips parted, and I took the invitation to deepen the kiss. My hands ran up his back until they climbed so high they reached the side of his face. I pulled him in even closer until every possible inch of our bodies were touching. My hands moved to his hair, tangling into the strands like he did with mine. He inhaled a sharp breath in response.

Heat exploded through my chest like fireworks. I didn’t even care if my Fire surfaced and burned my dress off of me. Liam would like that, I was sure. So would I. But my Fire didn’t escape. It hung out just below the surface, just enough to feel amazing and to warm Liam’s cool skin.

Heat traveled down my chest and settled between my thighs. Being with Liam like this was unlike anything else. It was so overwhelmingly amazing that I thought I might cry. Feeling this way should be illegal–

No sooner did the thought cross my mind did it hit me that that was exactly what this was.

It was illegal. Liam and I were breaking the law by kissing like this… by kissing at all. 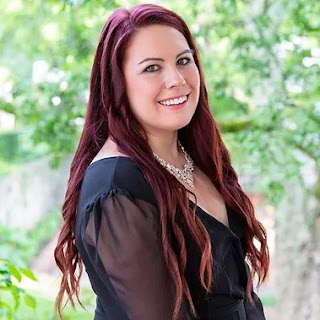 Megan Linski lives in Michigan. She is the author of more than fifty fantasy and paranormal novels which feature themes of friendship, community, and healthy romantic relationships. She has over fifteen years of experience writing books alongside working as a journalist and editor. She graduated from the University of Iowa, where she studied Creative Writing.

​Her passions include ice skating and horseback riding. In her free time she enjoys dancing in the snow and drinking fancy coffee while at her natural habitat, the mall.

​Megan advocates for the rights of the disabled, and is an activist for mental health awareness.

​Megan co-writes the Hidden Legends Universe with Alicia Rades. She also writes under the pen name of Natalie Erin for the Creatures of the Lands series, co-authored by Krisen Lison.

​Awards Megan has won include;

Read some of Megan’s books for FREE!

Sign Up For Megan’s Newsletter & receive The Witch’s Curse for free! 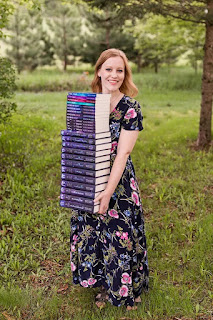 Alicia Rades is a USA Today bestselling author of young adult and new adult paranormal fiction. When she’s not dreaming up magical stories, she’s either binge-watching Netflix, meditating, or spending time with her family. She has an unhealthy obsession with psychic characters and writes with a deck of tarot cards next to her computer.

Never miss a new release. Sign up for Alicia’s newsletter.

Read some of Alicia’s books for FREE!

Sign Up For Alicia’s Newsletter & receive Visions Among Frost for free! 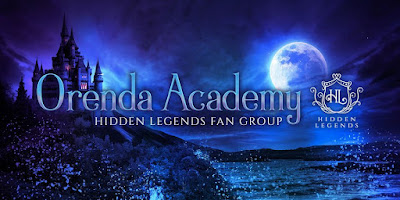 1 Winner will receive their choice of any 1 paperback book in the Hidden Legends series or any 1 audiobook copy (delivered digitally), US Only for paperback and International for the audiobook.

One Reply to “Spotlight & Excerpt: Academy of Magical Creatures + Giveaway”