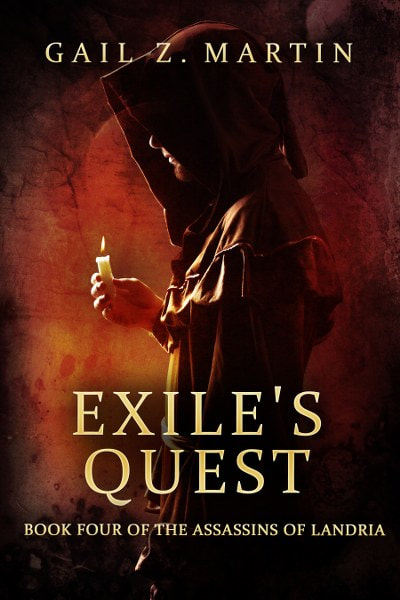 Buddy flick epic fantasy! The fourth in the Assassins of Landria series from the award-winning, bestselling author of Scourge: A Novel of Darkhurst and The Chronicles of The Necromancer.

A vacant throne. A dark mystic intent on the crown. Two fugitive assassins risking everything to save the kingdom that exiled them.

Rule-breaking, unconventional assassins Joel “Ridge” Breckenridge and Garrett “Rett” Kennar are caught between dangerous allies and deadly enemies as the future of Landria hangs in the balance. The council of regents controlled by the Witch Lord threatens the succession after King Kristoph’s murder. Rett escaped his brutal captors scarred in body and mind. Now he’s struggling to control the untested powers unleashed by his ordeal and dream walks to a hidden cloister full of forbidden magic. Falsely accused of treason, Ridge hunts the mage who damaged Rett and uncovers a terrifying new threat.

Can a desperate gamble by outlaws and exiles avenge the king and save the crown?

“I give Assassin’s Honor a well-deserved five plus stars. Looking forward to more by this author.” – Locks Hooks and Books

“A fun book from the first page. An exciting ride with interesting characters, a different world, a boatload of tension and danger around every corner.” – Mixed Book Bag on Assassin’s Honor

“Assassin’s Honor is a delicious mix of dark adventure, mystery, binding friendship, and snark. This story was a delight from beginning to end.” – Dab of Darkness

“Scourge: A Novel of Darkhurst offers the reader a popcorn-popping page-turner that will brook no interruption!” – Dark Corners blog

“Those who enjoy the large-scale fantasy of George R.R. Martin and Robert Jordan should enjoy this.” – Library Journal on The Sworn

“Adventure with wholehearted passion.” – SFX on The Summoner 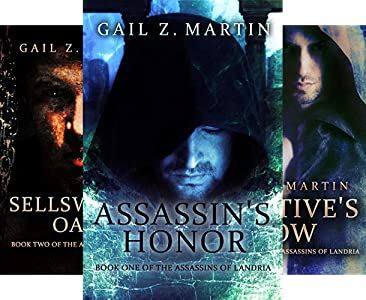 “Your magic has grown stronger,” Malachi, the infamous mage of Rune Keep, said as he set a cup of hot tea on the table in front of Rett.
“It wasn’t worth the price.” The bitterness in Rett’s tone wasn’t directed at Malachi. The necromancer had given him shelter, healed the worst of his physical wounds, and brought him back from the brink of death, tethering his fragile soul to a broken body and scarred mind.
Rett still hadn’t decided whether that was mercy or torment.
Malachi sat across from him and took a sip of tea before answering. “No benefit can be worth the torture you endured. But to come away with something valuable—it’s better than nothing.”
“I guess. So far, I can’t see that the new abilities are much use.”
Joel “Ridge” Breckenridge and Garrett “Rett” Kennard were King’s Shadows, dispatched to deal with the highest level of threat to the Kingdom of Landria and its monarch. Unlike the other Shadows who worked alone, Ridge and Rett fought as a team, best friends since their orphanage days. Their methods were unorthodox, but their unmatched success rate spoke for itself.
Until now.
When traitors detonated explosives to kill the king, Rett had been next to Kristoph, buried in the rubble with him. Someone dragged Rett from the wreckage, but “rescue” wasn’t their intent.
The Duke of Letwick had been one of the planners behind the assassination, under the sway of Yefim Makery, the mystical “Witch Lord.” Letwick and a man he called “Doctor” had taken Rett to an abandoned fortress, battered his body, and used magic and powerful hallucinogenic drugs to assault his mind.
Ridge and their valet Henri were missing, presumed dead. They believed the same about Rett, and by the time they learned the truth, Rett had endured months at the hands of “Duke” and Doctor. He’d been barely alive and not quite sane when Ridge mounted a rescue.
He and Ridge had been falsely accused of treason, wrongly blamed for killing the king. 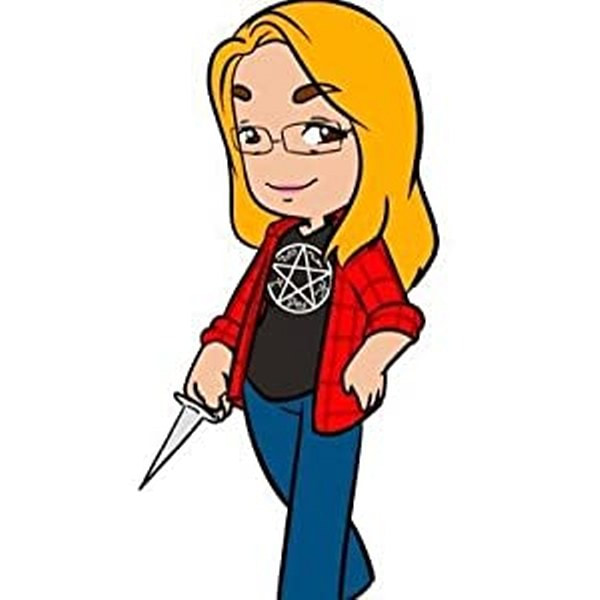