I am thrilled to be hosting a spot on the THE INDIGO by Heather Siegel Blog Tour hosted by Rockstar Book Tours. Check out my post and make sure to enter the giveaway! 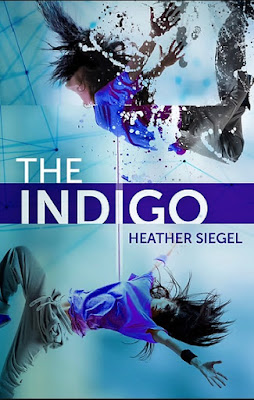 Whatever you do – stay connected

“Out of this world! A fast-paced magical trip across the stars, Jett and Farold will whisk you away to The Indigo in search of answers and leave you gasping for air time and time again. Siegel creates a world you both fear and long for. A must read for fans of Flatliners and Stranger Things. – Rajdeep Paulus, award winning author of the SWIMMING THROUGH CLOUDS TRILOGY

“The thing with The Indigo is the writing. It’s subtle, sweet and doesn’t skirt around the subjects of grief and loss. It’s not afraid to talk about a struggling family, emotionally, financially, and with each other’s relationships. What Siegel has created here is a beautiful book, filled with believable and relatable characters who have real feelings…. Siegel has written a triumph.”- Sally Altass,REEDSY

“Wow! It has been a while since I have enjoyed a book as much as I relished The Indigo. The concepts are wonderfully fresh and unique and Heather Siegel is a remarkable writer. If you swap dreams for astral projection and throw in a tad of fantasy and a bit more drama, then this book would be like the movie Inception, but for young adults. It is an amazing book and well written. I think it could be made into a phenomenal film or even a series of films. I was blown away and reading it has converted me into a huge fan. There are a lot more enthralling elements in the plot that I can’t give away. This is an author to look out for.”– Michaela Gordoni, READERS’ FAVORITE

“A fascinating story involving portals, quantum physics, multiverses, and astral projection, The Indigo is bound to entice fans of the paranormal genre. Author Heather Siegel tells a moving tale about a tenacious teenager who refuses to let go of her mother and gives her all to bring her mother back to life. The plot takes unexpected twists and turns that you never see coming. Jett is a likable protagonist you find easy to root for. Her devotion to her mother is not only admirable but also very relatable. I especially enjoyed her burgeoning romance with Farold, and it was one of my favorite aspects of the book. Recommended to young adult readers who love fantasy or paranormal stories.”– Pikasho Deka, READERS’ FAVORITE

Heather Siegel is the author of THE KING & THE QUIRKY, and OUT FROM THE UNDERWORLD.

She teaches academic and creative writing, holds an MFA from The New School University, and lives with her family in Southern Florida.

1 winner will receive a finished copy of THE INDIGO, US Only.

One Reply to “Spotlight & Excerpt: The Indigo + Giveaway”