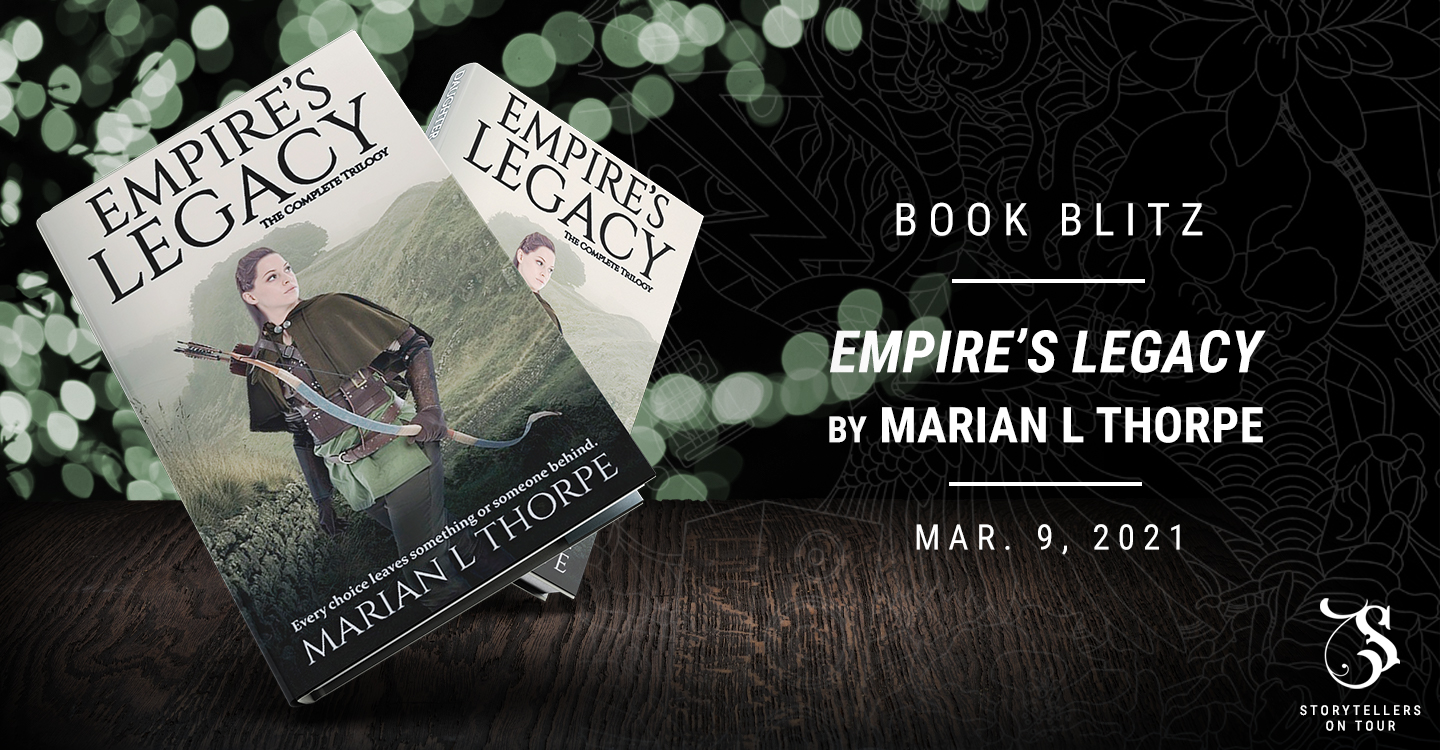 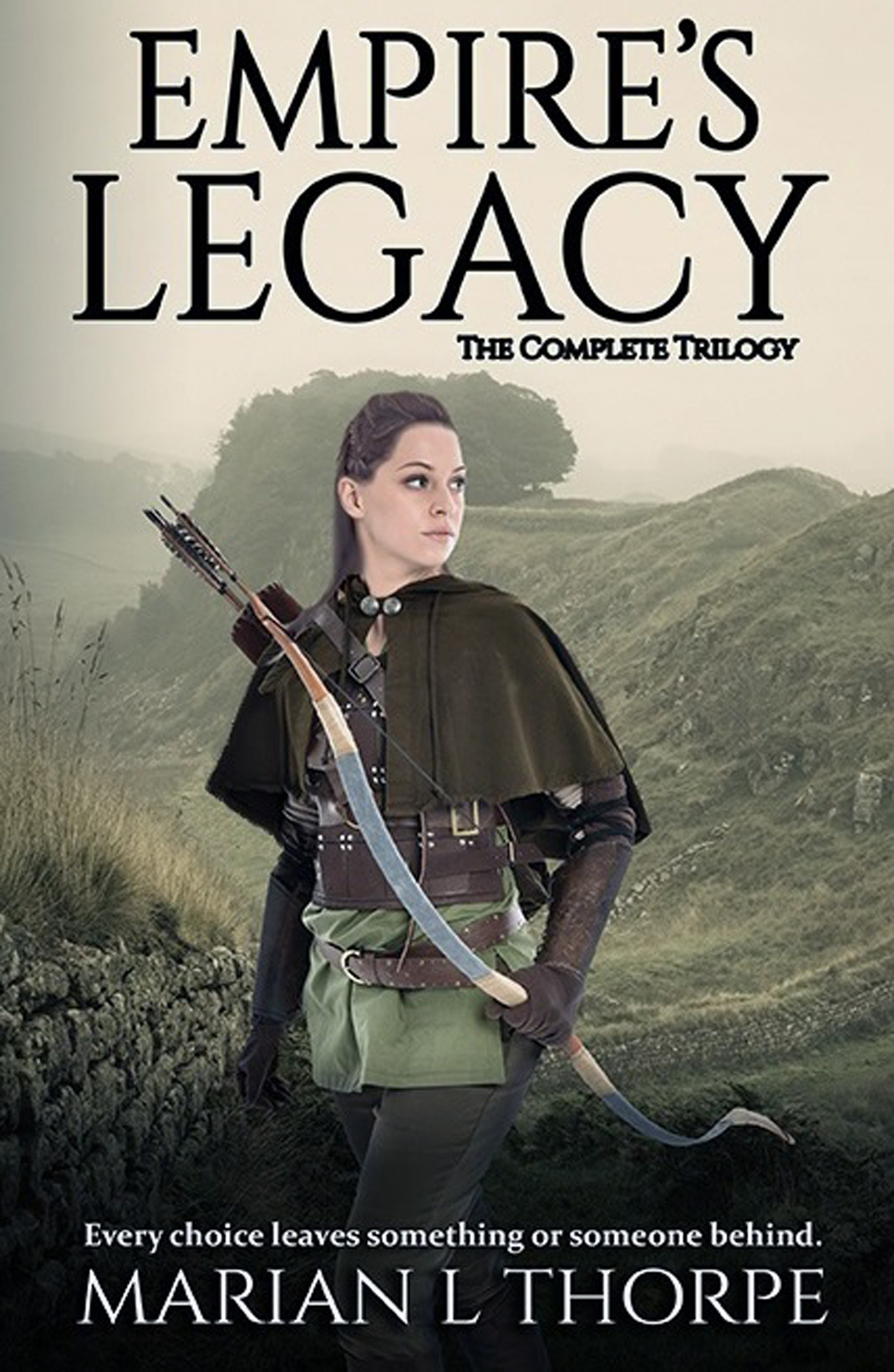 Lena is a skilled hunter, but beyond the need to kill for food, weapons are a man’s domain – until one day a soldier arrives in her village, pleading for fighters. Accepting his challenge, she steps into a new life, one of battle, intrigue and politics, where actions have deadly consequences. Her survival – and that of her country – depends on her prowess with knife and bow, her quick wit, and a journey into unimagined lands to confront a lost Empire of immense power.

CW: Rape, Threatened miscarriage, Violence Possible Ultimate Tour Experience ticket(s): Represent, It’s All About the Journey, That Ship Has Sailed, Love Actually, I’m Not Crying You Are Crying, Storyteller in the House

When Fél had led us into the village—if a cluster of huts was a village—we had been fed, clothed, stared at by children and adults, questioned. Fél, acting as our translator, convinced the headwoman to give us an empty hut at the edge of the village: it was dilapidated and damp, its mud-and-wattle walls crumbling, but easy enough to repair. I suggested we simply pitch our tents inside it, out of the wind. The work of repairing the building seemed too much for a brief stay.
Fél had shaken his head when I proposed this. “There is nowhere for you to go, Lena,” he had said. “Today’s weather is just the start: snow will come in the next week, and then a hard and killing frost, turning the ground to iron. And then more snow. Autumn Festival will barely be over in the Empire when it is winter, here.”
I had not known what to say. I had expected to travel for—how long? I hadn’t thought about winter, not really, expecting that once we had left the mountains behind we would leave the cold behind too. I thought how stupid that was: even the grasslands south of Tirvan were fierce and inhospitable in the winter. But how should I have known to expect a winter that came so soon?
“But can we stay?” Cillian had asked. “Can your people support two more mouths over the winter?”
“You can hunt, can you not?” Fél had replied.
“Yes, for small game,” Cillian answered. “Lena is experienced with larger animals.”
Fél sat back on his heels beside the fire. “The women of the Kurzemë do not hunt. That is a man’s job.”
“But I will not be a woman of the Kurzemë,” I said. “We need a place for the winter, not permanently.”
“Where will you go, in the spring?”
“East, across the plain,” I answered.
“Into the dead lands?” he asked. “We do not go far into them, only to a meeting place in the summer. There is little there to sustain life, and stories of huge bears on the plain.”
I glanced at Cillian. “What lies beyond the mountains and the seas,” I said softly.
“That story?” Fél said. He shrugged. “They are your lives. If you can hunt, you can stay. I will try to explain, to Grêt, the headwoman.”
“Lena.” He turned to me. “What skills have you, so I can be precise?”
“I fished, at Tirvan,” I said. “I am good with the hunting bow and the bird bow, and I can wield a sword. And a knife, in warfare or defense.”
“None of which are women’s skills here,” he replied. “Is there nothing you know that belongs to the skills of women, of hearth or healing?”
“A little of healing,” I said. “My mother was a healer and a midwife, but I was not her apprentice. What I know is very slight. And all the things I can do are skills of women, in the Empire.”
“Perhaps,” Fél said. “But you are not in the Empire any longer, nor will you ever be again. That may sound harsh,” he added, “but it is only truth, and a truth which you must accept. So you both must begin to learn the skills of a new life.” He stood. “I will speak to Grêt.” He turned to go, then hesitated, looking down at where we sat. “Are you together? Paired?”
“No,” I said. “Travelling companions, friends, nothing more.”
“Better that you let it be thought you are together,” he said, “if you do not want the attentions of every unmarried man here. Or woman,” he amended, looking at Cillian. “Grêt already assumed as much when she offered the hut: I suggest you do nothing to change that assumption.”

The hut, built of woven willow branches between upright posts, packed with mud and hair, needed a lot of repair. Fél brought his wife, Kaisa, and between them they taught us how to weave the branches and add the mud. Cillian proved adept at the weaving, his long fingers interlacing and twisting the thin branches rapidly and precisely. I packed mud and wool.
Grêt, the headwoman, had made Fél bring me to her. She had listened in silence, then spoke to Fél for some time. I didn’t think she sounded happy.
“Grêt says,” Fél told me, “she has heard of women like you: you belong to the huntress. She’s a goddess, here,” he added. “You can keep your weapons and use them, but there will be a price. You will not mix with the other women, although you will guard them, sometimes. If you do a man’s work, you must act like a man.”
“Which means?”
“You will be expected to hunt, and guard the sheep, and guard the women if they go far from the village. There are wolves here, and bears and other dangerous creatures. You will not join in the women’s rituals.”
Grêt shot another question at Fél. “She is asking about Cillian. Why he would want a woman like you, who does not tend his hearth and bear him children.”
“Tell her she must ask him.” I wasn’t going to try to invent a story for him.
He walked back to our hut with me. “You will need sleeping furs,” he said. “We have extras; Kaisa will bring them to you. She will not shun you, but she will need to be careful, or the other women will shun her too. You are choosing a hard road for the winter, Lena.”

Grêt may have said I would hunt with the men, but the men had other opinions. Especially Ivor, I learned: he refused to have me with him. Eryl, a man of Cillian’s age who seemed to be in charge after the aging headman, Ludis, simply shrugged. “You can hunt with me, or Audo,” Fél told me. “I am going to show Cillian our bow tomorrow; come with us, if you like.”
I considered. Cillian’s status here mattered, too. “No,” I said. “Perhaps I’d better not. Is there something else I can do?”
“Audo always likes company when he checks his snares,” Fél said. “He’s slow, you realize. Up here.” He tapped his head. “But you can go with him.”
Two heavy furs lay inside our hut when I returned, dark, shiny fur. Bear? I dragged them over to the sleeping platform. No-one slept alone here in the winter, Fél had said casually; children were sent to sleep with the elderly and unmarried youngsters shared beds with brothers and sisters or cousins. I was glad that Cillian and I were used now to sharing sleeping space. Even a few weeks earlier, he would have been uncomfortable. 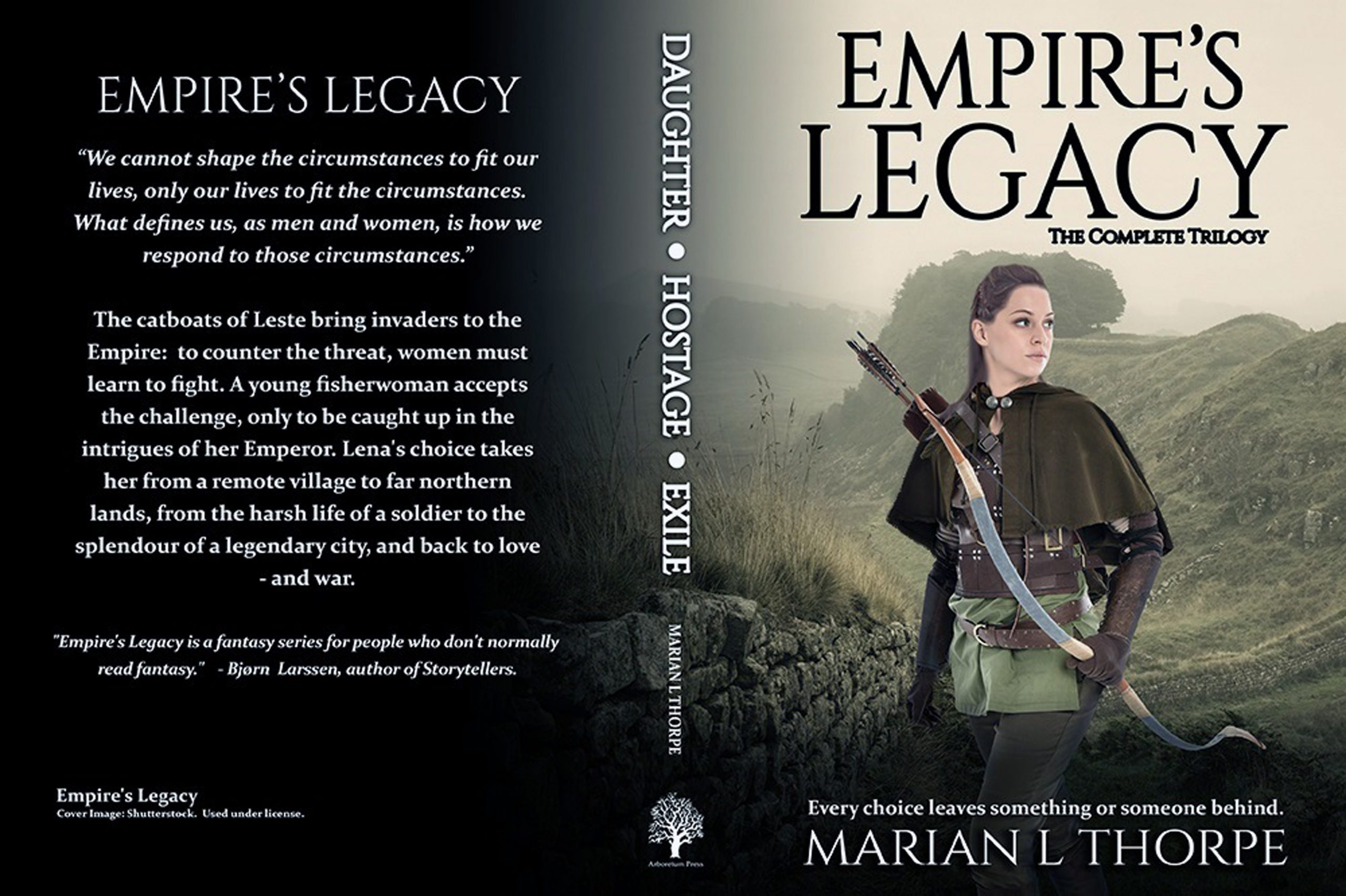 My books are historical fantasy in that they are historical fiction of an imagined world, one that is close to Britain, Northern Europe, and Rome, but isn’t any of them. A world where a society evolved differently after the Eastern Empire left, where one young fisherwoman answers her leader’s call to defend her country, beginning a journey into uncharted territory.

After two careers as a research scientist and an educator, I decided it was time to do what I’d always really wanted and be a writer. As well as my novels, I’ve published short stories, both on-line and in chapbook format, and poetry. I’ve done public readings at several juried venues, including the Eden Mills Writers’ Festival. My life-long interest in Roman and post-Roman European history provided the inspiration for my books, while my other interests in landscape archaeology and birding provide background. Walking across England from the Irish Sea to the North Sea with my sister also had a major influence on the Empire’s Legacy trilogy!

I also oversee Arboretum Press, a small publishing imprint run as a collective. Right now, I’m writing Empire’s Heir, the next book in the series. 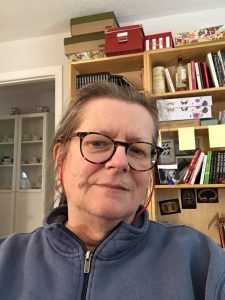 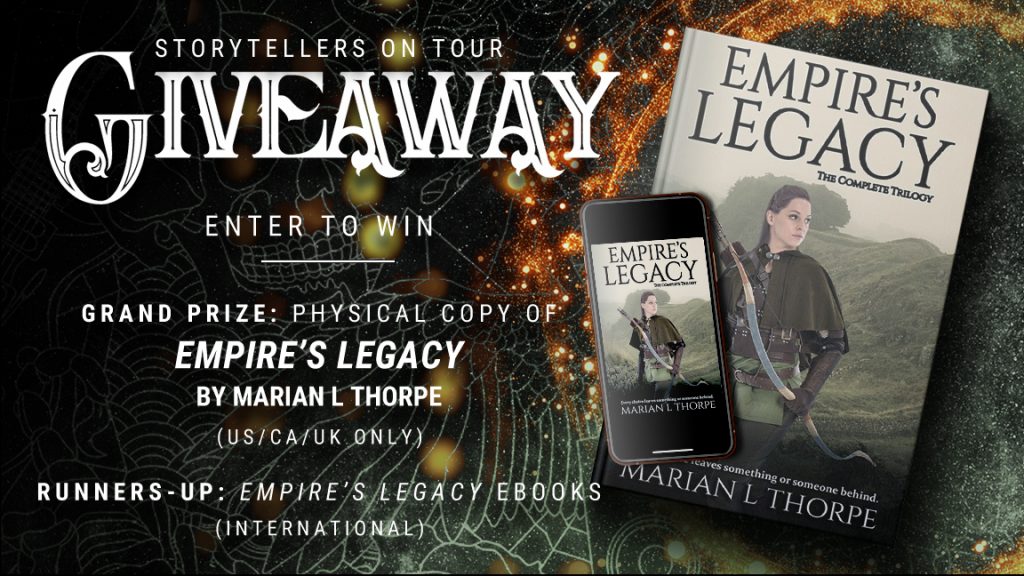