The Gods have come to San Francisco…

Cassius Black and Morgan King’s trip to Ivory Peaks to uncover clues about their past takes an unexpected turn when a rift materializes and war demons attack the capital. Having saved one world by the skin of their teeth, they return to Earth, only to find it has been rocked by ominous quakes bearing a close resemblance to the phenomenon that nearly destroyed the Dryad kingdom.

After defeating demons that emerge from a crevasse in San Francisco, Cassius and Morgan rescue the Wild God Pan from the bottom of a rift with the help of Victor Sloan and the city’s otherwordly. But instead of thanking them, Pan makes a startling demand: rescue his lover and prevent the Spirit Realm from being destroyed, and he will reveal the truth about who Cassius and Morgan are.

Help comes from an unexpected source when a pair of Reapers visit the city and Cassius, Morgan, and Victor soon go hunting for a missing deity who may hold the key to saving all the realms. Can they free the immortals from their prisons and find the powerful artefact that can bend the mind and will of even a God? Or will the enemy who has long manipulated them from the shadows win this war and destroy everything they have come to care for? 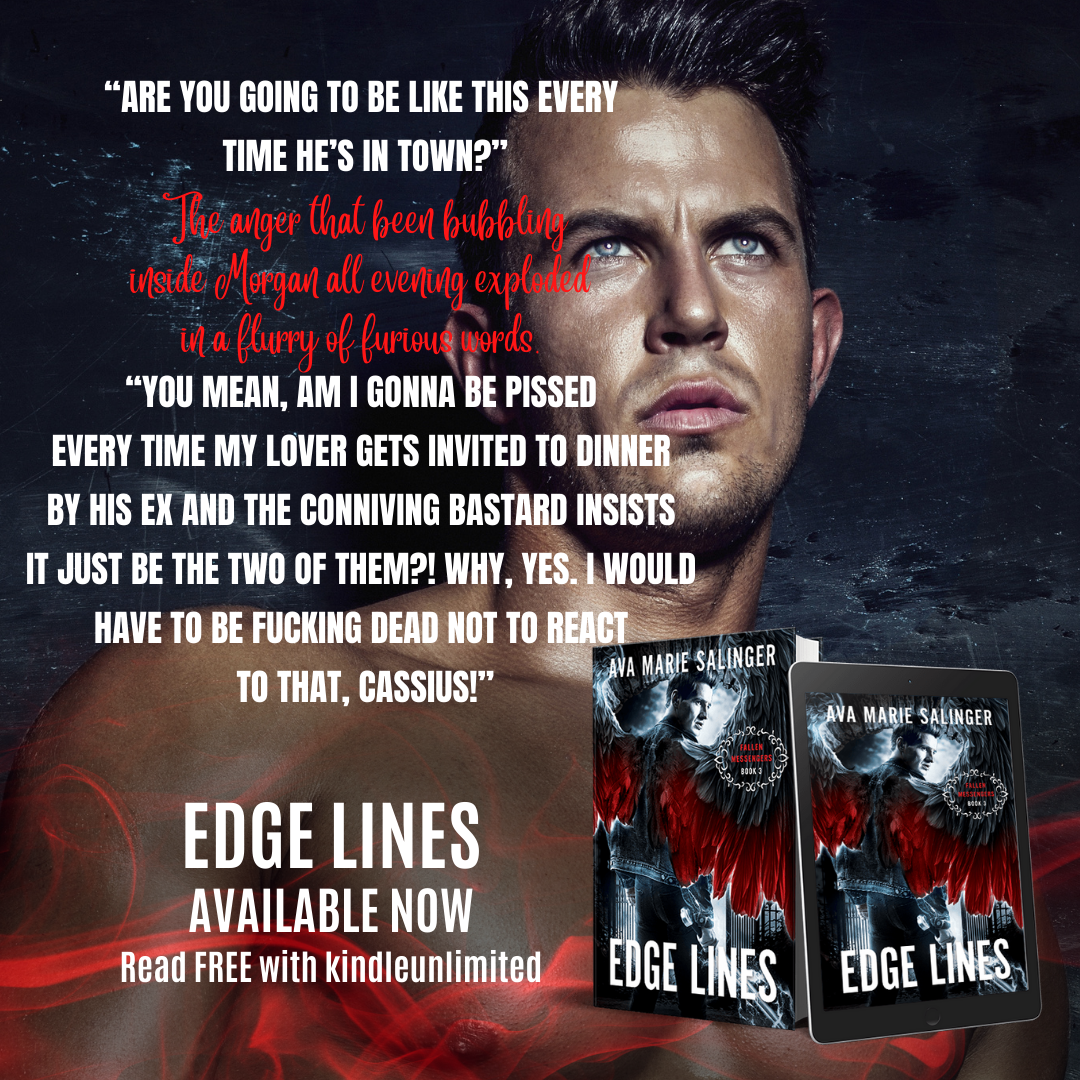 The wrath of a God can destroy worlds.

The words resonated in Cassius Black’s mind as he fought the unearthly powers lashing at him. Ice and snow wreathed the air in a violent storm that sought to sap him of his will and freeze his limbs. Frozen grass crunched under his foot when he took a step forward, the smell of winter a clean, cold scent sharp enough to bite. He gritted his teeth and forged ahead.

To fall now would mean the destruction of this world and the annihilation of countless others.

Light flared on Cassius’s flesh and armor as he called upon his demigod powers, the divine energy melting the frost creeping along the metal and piercing the shadows suffocating the space around him. He could sense Morgan King in the distance, the angel’s soul core a point of heat that echoed with his own across the thick, white veil separating them. The demigod’s black wind and Dryad magic made the air howl as he held back the God screaming at them.

There was another with him. A man Cassius had thought he knew better than most. A demon whose true powers had finally manifested during this battle.

Victor Sloan was more than he had claimed to be, just as Cassius and Morgan were. Whether this was by design or by omission was still unclear.

One thing was certain though.

Whatever twisted fate had connected Cassius and Morgan before the Fall, Victor had played a part in it. Just like that time under the cathedral in San Francisco, when the man who had manipulated Chester Moran into tearing the Nether open had revealed his hatred for them and given them a glimpse of their pasts, but they had only seen a fraction of the truth.

Now’s not the time to dwell on that! I need to see this through or there won’t be a future left for us to find that bastard and get the answers we need!

A shape finally loomed out of the tempest. It was a giant oak tree, one that soared some two hundred feet above the ground and bore roots that meandered deep into the sacred forest.

A figure stood beneath it.

The demigod glowed with the fury of winter, his eyes cold and unseeing. The radiance emanating from his body and the divine weapon he wielded on his head barely held the darkness swathing him at bay.

Cassius looked up, his preternatural sight piercing the inky squalls shrouding the land in eternal gloom. His heart thumped heavily against his ribs.

The sky rippled far above the frozen branches of the oak tree, the boundary protecting the realm he stood in splintering under the power of the Frost Crown. The ground cracked beneath his feet.

Cassius’s alarmed gaze found the comatose demigod once more. He focused on his body, knowing he had only one chance at this. A glimmer emerged, one that flickered in and out of sight.

Let’s hope I’m right about this!

A shape loomed out of the storm. It grabbed the frozen figure bearing the Frost Crown before he could react, its colossal arms closing tightly around him.

Cassius clenched his jaw, closed the distance to the captive demigod, and stabbed him in the heart with the weapon bequeathed to him. At the far end of the meadow, beyond the angel and the demon restraining him, the Wild God bellowed in rage and despair. 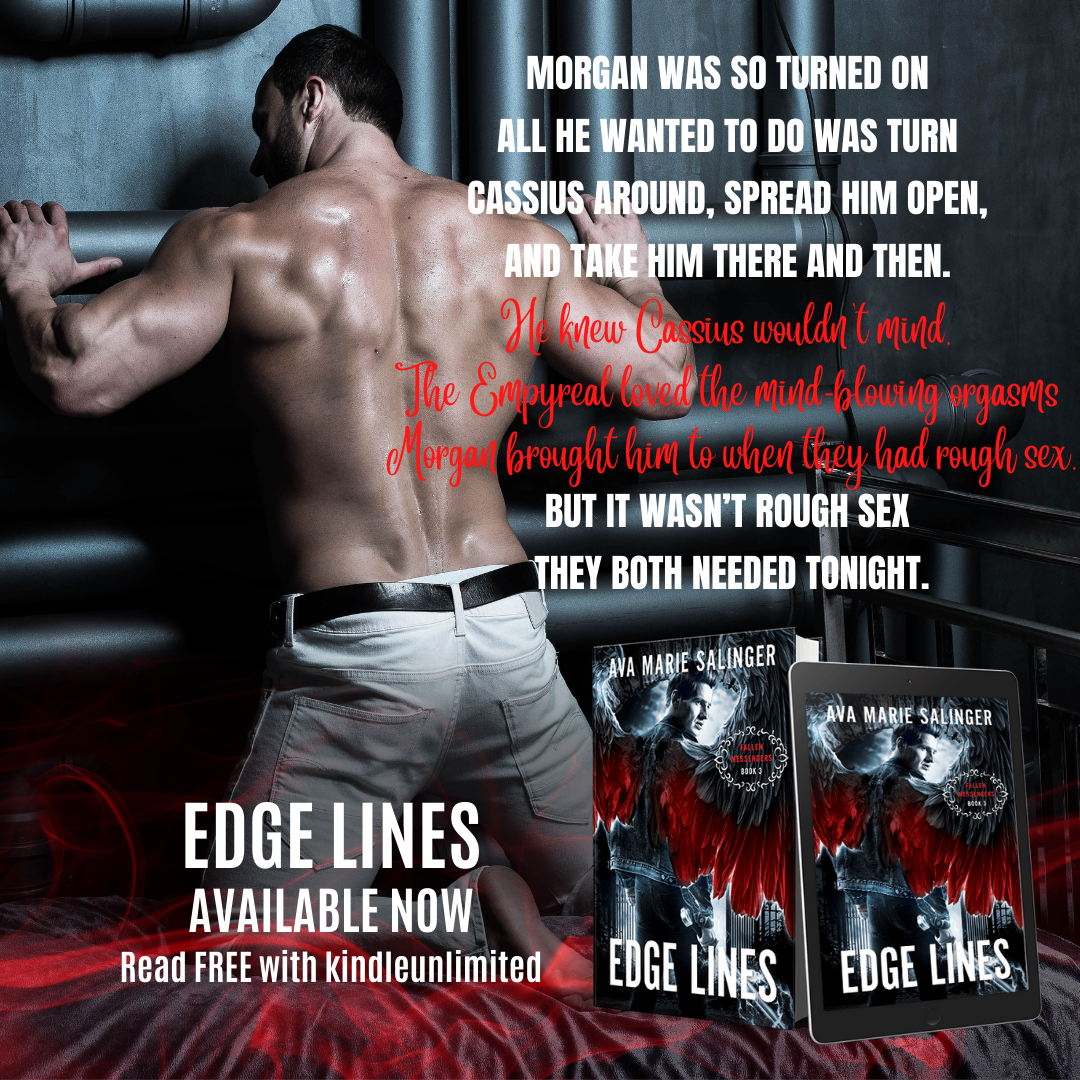 To celebrate the release of Edge Lines, Ava is giving away: 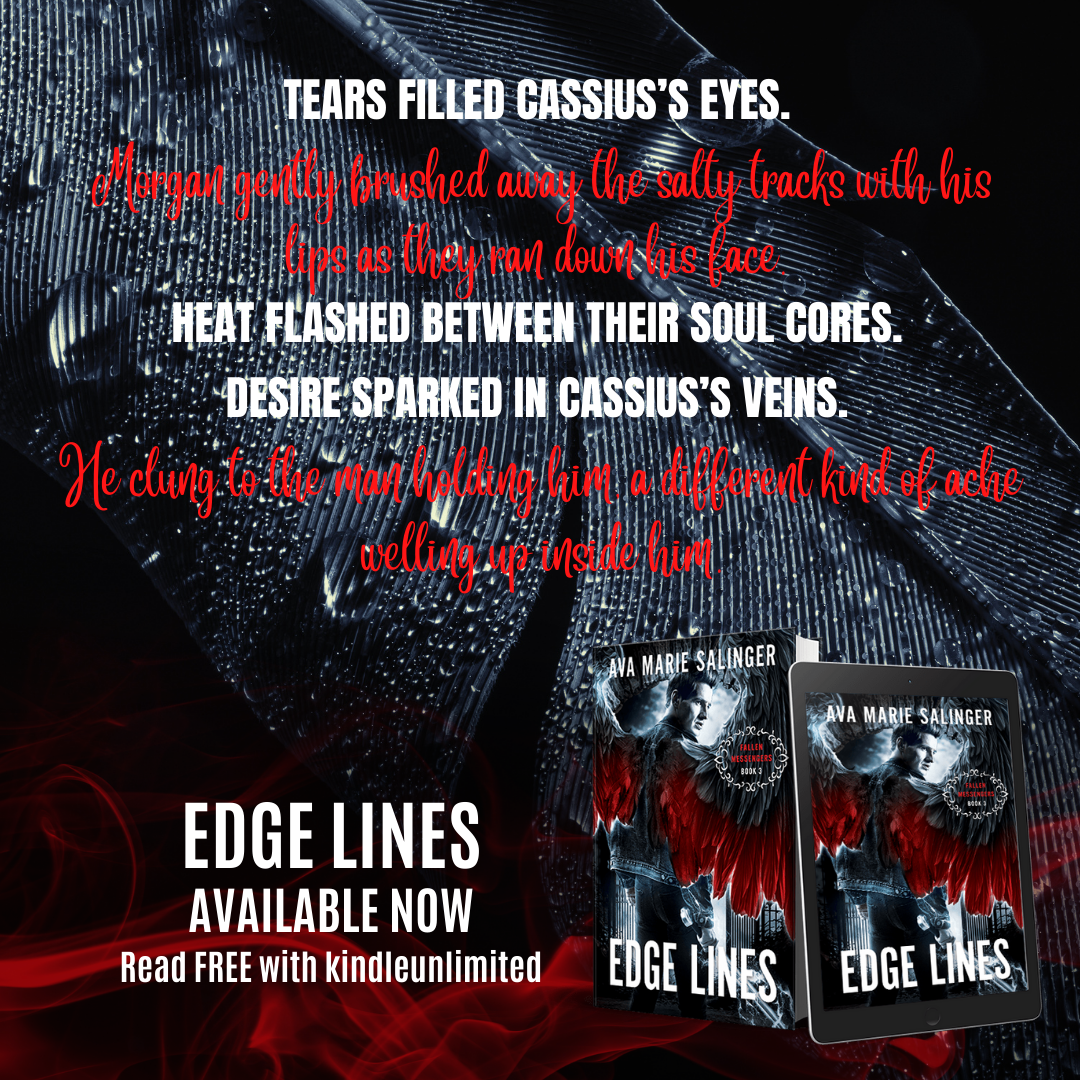 Join her Facebook Reader Group to chat with her and for sneak peeks at her upcoming books.