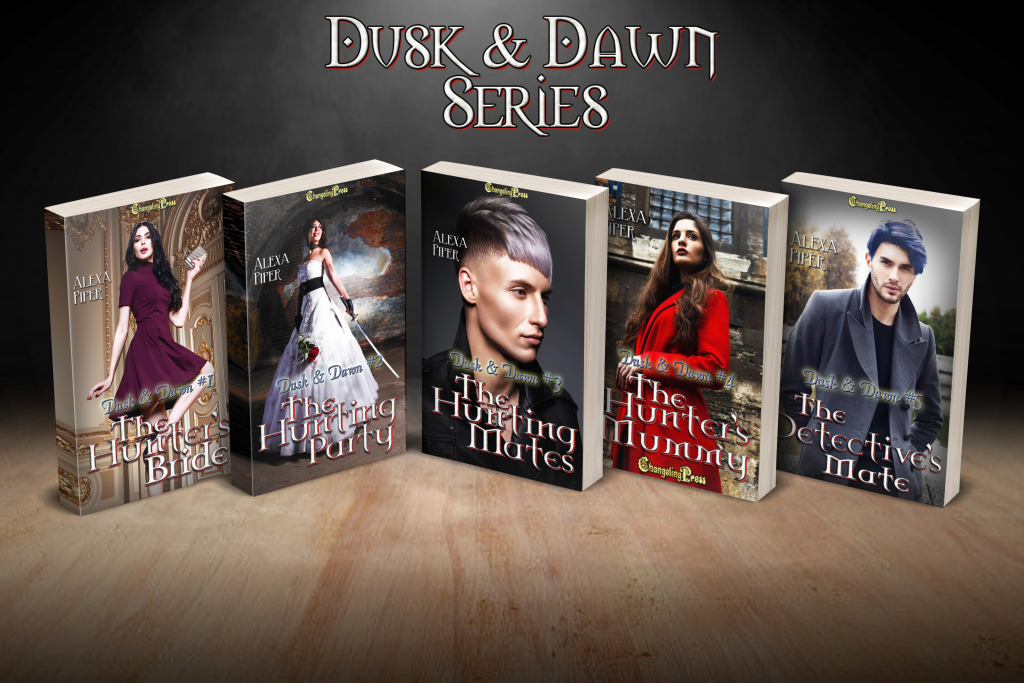 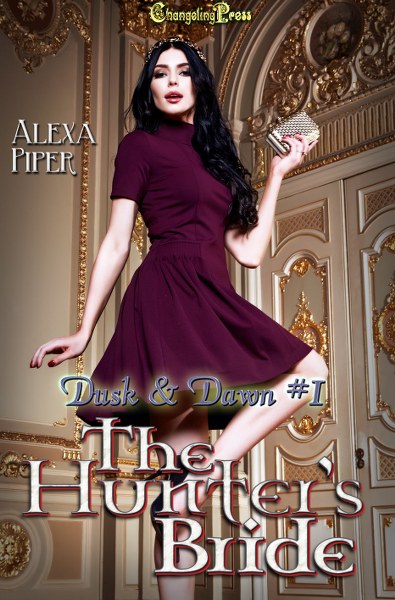 Falling in love with your boss is never easy, especially if he’s a vampire.
Maxim, tall, whimsical, and a vampire, wants to hire a curator for his art collection. Robyn, a newly minted art historian looking for a job, loves fine art and old stuff, and Maxim soon realizes she is not just perfect for the job, but also for him.
Robyn never liked prejudices against vampires, werewolves, or Fae, but the moment she starts working for a vampire, things appear less black and white, especially when she begins to fall for her new boss.
Robyn and Maxim’s young love will have to overcome odds and odd vampires who take issue with the fact that Maxim happens to be a vampire hunter who doesn’t shy away from decapitating his own kind.
Add to Goodreads
Amazon * Apple * B&N * Kobo * Changeling Press

Brian seemed to be slipping. He’d called up to tell Maxim of the interviewee’s arrival only about twenty seconds before the elevator had dinged, which barely gave Maxim the time to refresh his memory in regard to her name.

Heath had left a file on his desk titled Interviews, and Maxim had complained at the sheer lack of imagination that was obvious in that title. Heath had used magic marker to write it, though, and Maxim had wondered, out loud, if Heath had missed the developmental stage crayons were clearly meant for. Upon which Heath had broken into verbiage that came odorously dripping from the verbiage gutter. Heath had informed him that he, Maxim, best not pull any of this bodily refuse with the artsy people. They were, after all, artsy people and not likely to enjoy such shenanigans, at least if Heath’s soliloquy was to be believed. It was a shame the creativity he had displayed in his colorful speech had not translated into the simplistic title of the file that had sparked it.

“Robyn with a y,” Maxim mumbled to himself as he walked toward the elevators. “Y, y, y… Why would whiskey-vending witches want vigor with their witchy wits?” He pushed a strand of his hair back behind his shoulder and put on a smile. He could smell the interviewee even before he saw her, some perfume he didn’t know, light and floral, forgettable as Valentine’s Days spent alone. The scent underneath that was sunshine-warmed skin, a slight note of crushed cardamom pods. A shame to hide that with such perfume.

When Maxim laid eyes on the interviewee, he could feel his pupils spill black, and he immediately understood why Brian had taken so long to pick up the phone. Robyn with a y Somerton was gorgeous, though very much on the skinny side, always something that made Maxim’s memories of hunger float back to the surface of his mind, no matter how long ago that had been. Her hair was dark and wonderful, lush ebony, and her gray eyes and pale skin made her deep purple dress look even better on her. But damn it, he had promised Heath.

“Miss Somerton, thanks for coming in for the interview. My name is Maxim Vallois. I believe you talked to my assistant over the phone?” Now, there’s some perfect manners for you right there, Heath. If only that dhampire brat were here to see it.

“Y-yes. About the curator position?” she said, catching herself rather quickly and reining her expression back into normal. Maxim liked her voice. It was calm, not shrill. Heath sometimes brought home shrill, and that was usually headache inducing, rhetorically speaking. Maxim did not actually get headaches.

“Certainly. Please, come in.” Part of him wondered whether she would run. She was wearing terrible heels for that, and because he cared and paid attention, Maxim was pretty sure she was already headed for at least one blister on her left heel. Maxim had never understood heels, nor foot binding. He had understood what it said about having power over women, but he’d loathed that, loathed that society made it necessary for women to give that power.

Not the time to wax philosophical, Maxim reminded himself. Heath, if he were here and not away doing something that had to do with banks and money, would have been seething in the acid of his own glaring stares already. Stares glare glistening staffs of seeping solace. Not my best one, Maxim thought.

Robyn with a y came forward. Clearly she had decided running would be stupid. Mmh, Heath. Did you get me a final girl? Maxim filed that as a nice line for later. When he would tell Heath he wanted Robyn with a y. He wasn’t even sure why. It sure as bodily refuse wasn’t the cheap perfume, and it wasn’t the mildly scrawny look that Maxim found mildly headache inducing. Perhaps it was that stare of not quite fear but close enough to fear. Or lust at first sight?

Who knows. Whatever the why, Maxim wanted her.

Of course Maxim couldn’t just spring this on Y Robyn. It would sound as if he were planning to make her a plaything, something Maxim knew good and well vampires did. He could go off on a whole other tangent about that nasty habit.

He had to at least give Y Robyn the impression she had won the job, and of course he needed to be able to tell Heath as well, so he led her to the cluttered table he had lovingly prepared for the magic marker interview.

“I’m sorry I’m late,” Y Robyn said when he shook her hand. “You know how fickle the subway can be.”

“I don’t, actually. But it’s no trouble. This way.” He made a mental note of checking out the subway. It might be fun, ethnologically speaking.

When Y Robyn saw his table, she summed it up wonderfully concisely. “Wow,” she said, and Maxim glanced at her saucer wide eyes and at the appealing slackness of her drooping jaw. 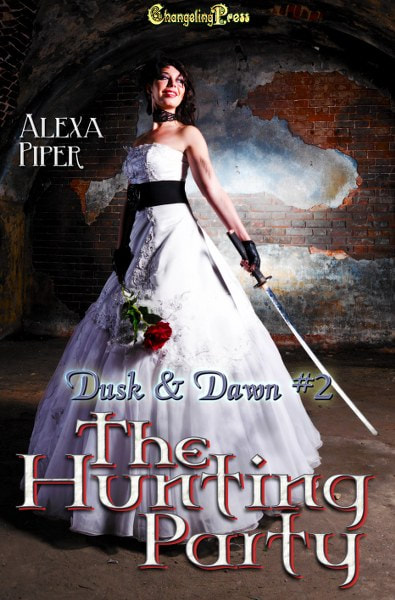 Getting married isn’t easy, and a series of creative murders doesn’t help.
Maxim would love nothing more than to marry the woman he loves, in peace and without distractions, but a series of uncanny murders in the hunter’s city demands his attention.
Meanwhile, Heath is excited to plan Maxim’s and Robyn’s wedding. While he does that, he will have to learn to make time for his own budding relationship with Brian.
When Robyn’s bachelorette party ends in more murder, no one is happy. Yet all are willing to combine their efforts to end the bloodshed for good, so the wedding can be had, along with a happily-ever-after.
Add to Goodreads
Amazon * Apple * B&N * Kobo * Changeling Press 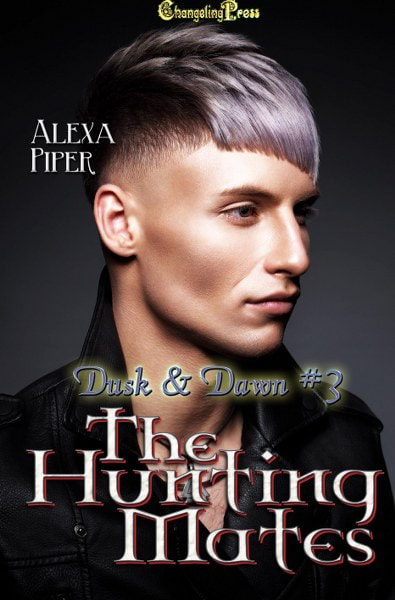 Gordon and Orrin, vampire and wolf… Is their love impossible, or inevitable?
In New Amsterdam, supernaturals and humans live side by side. That doesn’t mean there are no borders or boundaries within supernatural society. Orrin works to save the living as an NA police detective, and Gordon labors to do right by the dead as a medical examiner. Fear and insecurity foiled their first attempt at a potential relationship. Now, they find themselves pulled to one another once more by a string of gruesome murders.
Prejudice and social conventions don’t make life easy for them, and their own insecurities don’t help. Will they dare to allow love between them while they work side by side to stop a violent murderer?
WARNING: This book contains mentions of violence/assault against minors and animal cruelty though neither are graphically portrayed.
Add to Goodreads
Amazon * Apple * B&N * Kobo * Changeling Press 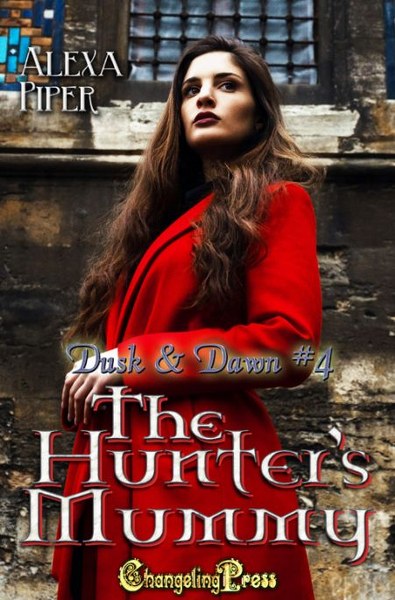 Even vampire hunters should be allowed a break, but murder makes the French countryside less scenic.
Ravelle is looking forward to being back in France. All she wants is to have wine with her daughter-in-law, catch up with an old vampire acquaintance, and get closer to Yanis, who is a breath of fresh air to Ravelle. She is not looking forward to working, and a seasoned vampire hunter like Ravelle should be granted a simple, quiet vacation.
Yet the hunter soon smells murder on the air, and where there’s murder, there is a corpse, and where there’s a tenderly wrapped corpse, there tends to be a crime, in Ravelle’s experience. So rather than pursuing wine, Ravelle will have to solve all the mummy’s mysteries.
Add to Goodreads
Amazon * Apple * B&N * Kobo * Changeling Press 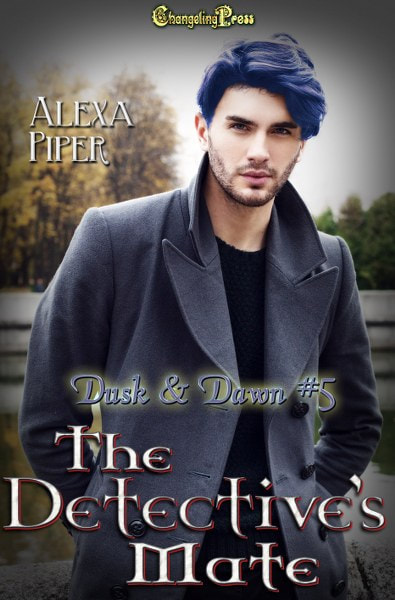 Werewolf Orrin and vampire Gordon want to enjoy their love, but a serial killer threatens the peace.
Orrin and Gordon come from different worlds: Orrin is a werewolf with the New Amsterdam Police, and Gordon is a vampire who likes the quiet of his morgue. Yet, they decided to be with one another even though Orrin’s vampire was at first afraid to commit.
Now, new complications come barreling at the two when Orrin realizes he will have to step up to become a parent to an orphan shifter, while New Amsterdam has become the haunt of a serial killer who targets mixed supernatural and human couples.
Gordon was slow to realize he loves his werewolf mate, but it takes him even longer to figure out he still has his own demons to deal with. A past hurt has left a scar on his soul. Gordon’s werewolf detective might just be what Gordon needs to heal the scars from his past. The only question is whether geeky Gordon is enough for serious and seriously handsome Orrin.
Together with Maxim, New Amsterdam’s bardic vampire hunter, Orrin and Gordon are on the case to save the city from sinking into fear and panic as more murders challenge the peace. Through turmoil and death, Orrin and Gordon must find a way forward.
NOTE: This book contains scenes of assault and kidnapping that may be triggers for some readers.
Add to Goodreads
Amazon * Apple * B&N * Kobo * Changeling Press