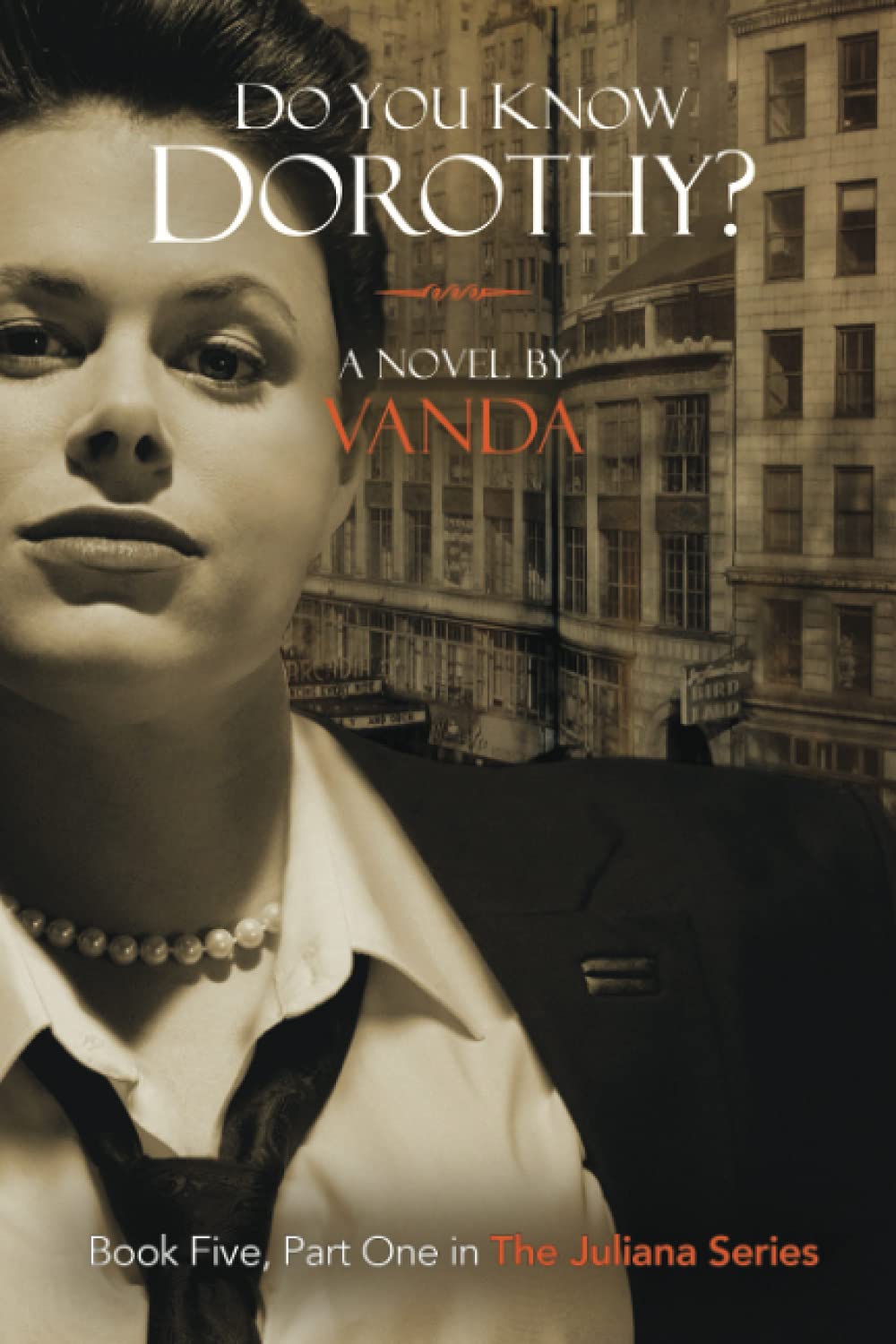 Do You Know Dorothy?
The Juliana Series, Book 5

Can a group of elderly drag queens save a 1950s nightclub from being taken over by the mob?

It’s 1956 and television is stealing Alice’s nightclub audience. Known as Al to everyone in the club scene, she has to try to prevent the mob from taking over her crippled club and turning it into a strip joint.

Her one solace: Juliana, the woman who haunts her memories and fuels her dreams of a brighter future. But the last time Al saw her was the day Juliana’s husband caught them in bed together.

On the brink of losing her love and her livelihood, Al makes a bold decision. She arranges an extravagant production starring aging female impersonators, even though funding the show means going into debt.

Will the show succeed in saving her club and helping her find her way back to Juliana? Or will Al’s big risk result in losing everything? Although the book is the fifth in the series it can read as a standalone.

DO YOU KNOW DOROTHY? is the fifth book in the Juliana series of historical LGBT fiction, but you can also enjoy it as a standalone novel.

Other Books in the The Juliana Series: 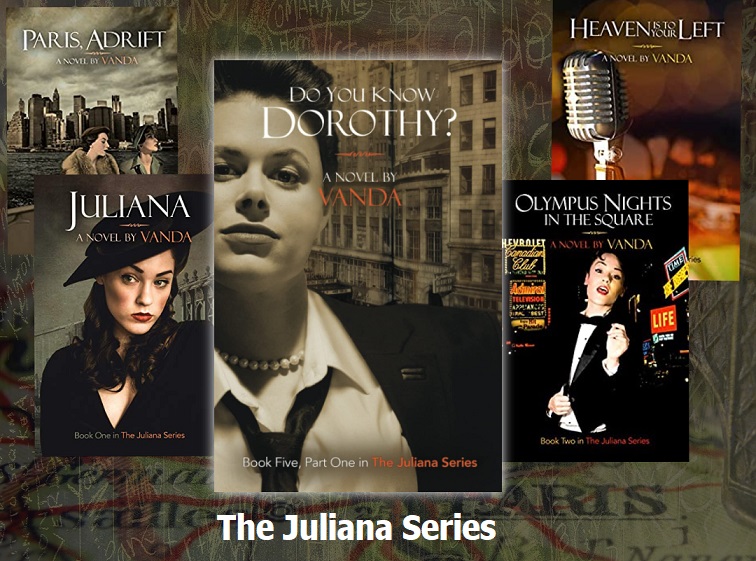 The Juliana Series, Book One

She went looking for fame, and found her true self, instead.

Olympus Nights on the Square

What if your love was illegal? What would you do?

She wanted a safe harbor for their love. But rough waters could destroy any hope of starting over…

Heaven is to Your Left

How far would you go to save the person you loved?

Max sat up straight on the couch as I entered the living room. “My god, what happened to you?”

“Don’t you like it?” I adjusted my blue and white striped skinny tie, shook my shoulders so my blue suit jacket and held out one foot to show off the black cowboy boots. I pulled the jacket open and grabbed the belt on my black jeans. “And look!” I stuck my hips out. “A fly!”

“Cover yourself!” He shielded his eyes with his hand. “You didn’t wear that in public!”

“You could’ve been killed walking around with that on your head. What is it? Halloween?”

“Does it come off? We can’t have you at the club looking like that.”

“I can set it with those darn curlers and get it back to my boring page boy.”

“I better not see you at the club wearing anything remotely similar.”

“Of course not, but on my off hours…”

“Getting arrested is the best that could happen to you.”

“What store would sell you clothes like that? They’re for men.”

“I was so scared they’d figure it out and show me the door.” I sat on the coffee table.

I plopped onto the couch without worrying about which way my legs went. “I walked right into Macy’s and…’

“My friends, Freddie-Faye and Lady Day taught me.

“A female impersonator I know.”

“You should not be with someone like that. Someone who doesn’t even know what their sex is. She’s, he’s mentally disturbed.”

“She is not. She’s real nice. She has a nephew who sometimes stays over. She leant me his dungarees. Then she gave me this hair style. I went to the men’s department with my friend. I bought my own Men’s clothes. I was scared the salesman would figure it out, but he just called me ‘sir’ and showed me things and let me go into the fitting room.

“Watch me comb it.” I jumped up. “Butches have to comb their hair different from everybody else.” I reached into my back pocket and slid out my new comb. I jutted my chin out and slapped the comb against the palm of my hand. “You’re sposed to do that first.”

He wrapped his hands around his knees. “Listening.”

“Watch. You hafta hold your comb between your first two fingers like this. Then you flick your first three fingers through the front of your hair and, uh…” I stared at my two fingers holding the comb and the one extra finger sticking out by itself.

“I’m sposed to make a curl come over my forehead. It seems it’d be easier to do with just my fingers, but then what do I do with the comb? Oh, well, there’s a whole ritual to combing your hair when you’re a butch. Like there’s the show combing. Stop grinning like you’re not taking me serious. Butch’s comb their hair in public to defy the rules that get thrown at women. Butches are independent. When they look in a mirror…” I stepped over Max’s white rug and saw myself in the mirror. “They tilt their heads like this and then to the other side like this. That’s to show they know they look good, and everybody wants them. I swear I’m gonna be one, Max!” I grandly threw my comb on the rug.

“Get that comb off my clean white rug!

I picked it up. 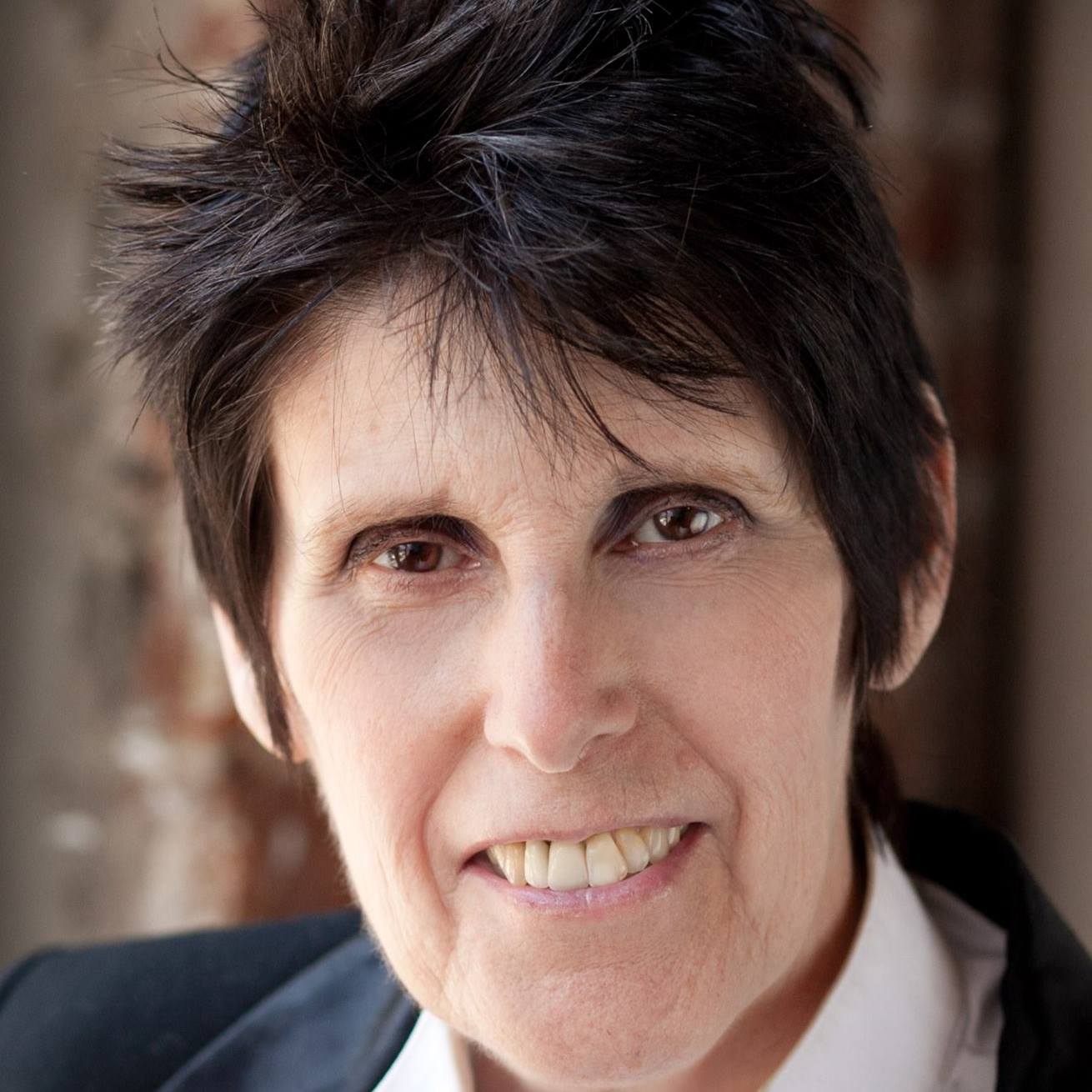 Vanda wrote her first novel in eighth grade, with encouragement from her teacher, Mr. James Evers, who said, “My children will read your words.” She went on to win an Edward Albee Fellowship among other awards for playwriting. One of her plays, VILE AFFECTIONS, was a finalist for the National Lambda Literary Award. She is now writing a series about LGBT history. The characters are fictional, but the history is fact. The books have all received awards in some form. The third in the series, Paris, Adrift was a Category First Place winner in Chanticlear’s Goethe Award for Late Historical Fiction. This same book was also a finalist in the Lesfic Bard Awards.

One Reply to “Book Blitz & Excerpt: Do You Know Dorothy?”