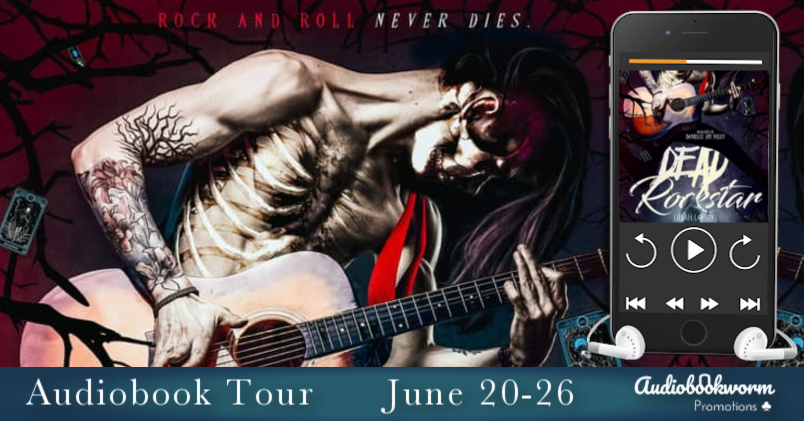 Stormy Spooner is at her wits’ end. Careening towards bitter after a nasty divorce, she sometimes wonders what her life is becoming.

After unearthing a cryptic set of lines from a dusty album cover, Stormy tries the impossible: to resurrect Phillip Deville, enigmatic former frontman of the Bloomer Demons. Stormy’s love for her favorite dead rockstar knows no bounds…but it was all supposed to be a joke.

When she answers a knock on her door the next day and finds herself face to face with the dark-haired rock god of her every teenage fantasy, her entire world is turned upside down.

Turns out, she’s awakened more than just Philip, and Stormy will have to do battle against a cast of strange characters to keep herself and her new undead boyfriend safe.

Having written professionally for many years, Lillah Lawson enjoys crossing lines when it comes to literary genres. Having dabbled in horror, southern gothic, fantasy and historical fiction, she loves to write outside the lines, using different genres to explore the common threads between people.

Her debut novel, Monarchs Under the Sassafras Tree, was published by Regal House Publishing in 2019. Her second novel, the first in a dark fantasy trilogy, Dead Rockstar, was published by Parliament House Press in 2020. Her short story The Lady and the Tall Man was published in the horror anthology Shiver: A Cold Weather Anthology, edited by Nico Bell, in February 2021. Her novel So Long, Bobby, was published by City Limits Press in August 2021.

In addition to writing, Lillah’s passions include cycling, playing bass, baking, genealogy, and travel. She is a voracious reader and music lover. Most of Lillah’s work takes place in her home state of Georgia, where she finds the culture, history and spirit to fuel her literary fire. She currently lives just outside of Athens, Georgia with her husband, son and three furry friends.

Danielle Joy Foley has her BFA in theatre arts and postgraduate studies in Meisner technique at Playhouse West (LA) as well as Linklater Progression with The Phoenix Theatre (PA). She has performed for Stage, Film, Internet TV and Audiobooks. Danielle loves to be a part of telling stories and is endlessly fascinated by the human condition. She considers herself to be a conduit for the writer’s words to pass through to be heard, seen, felt by the audience. Danielle also has a masters degree in Dance/movement therapy and is a certified Laughter Yoga Leader! She lives in the greater Philadelphia area with her family and enjoys painting, dancing, dabbling in poetry and being an alpaca enthusiast.