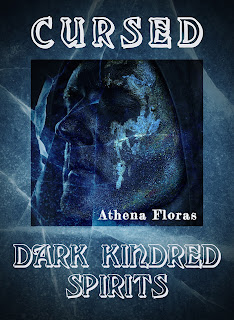 Genre: YA PNR
Date of Publication: January 4th, 2021
ASIN: B08P21DRQM
Number of pages: 104
Word Count: 25 299
Cover Artist: Nicholas Mallet
Happiness and true love can come from sacrifice and the deepest sorrow.
All hail the Misfits and the Cursed…
There is a sanctuary for anyone who needs refuge. It’s called Beyond the Horizon. When a group of teens are invited to spend their summer vacation at the sanctuary, they think they just got lucky. But little do they know that things are too good to be true. Not everyone is who they seem to be at Beyond the Horizon. There are enemies amongst them waiting for the perfect time to strike.
For her entire life, Brianna Meadows has been misunderstood. Everything she does and says is wrong. She’s a klutz and always getting in people’s way. All she ever wished for is to be accepted, liked, and normal. When she gets an invitation to spend her summer vacation at Beyond the Horizon, she thinks her wish may come true. But she must be very careful what she wishes for, because it can turn into her worst nightmare.
Chase Hamell doesn’t have much time left. The family curse has started to take its toll on him. The first-born male in the Hamell clan will turn into a monster when he turns eighteen, which is just months away. When he hears that the sanctuary is owned by witches who can undo the curse, he seeks them out. But to break the curse involves making a huge sacrifice, one that Chase might not be able to commit to, because in order to end the curse, someone he loves must die.
Can Brianna and Chase find what they both need and desire before their enemies succeed in snuffing them out?

The blood moon set high in the sky was the Earth’s guardian angel tonight. It stood watch while all the Earth’s blessed and damned creatures roamed freely. It guided them to their redemption or eternal damnation.

The enchantress took a deep, channeling breath while she absorbed the magic and the energy this night brought forth. It was the perfect time to seek the answers she’d long sought.

If the omnipotent transcendental powers would not reveal them to her tonight, then all hope was lost.

She perched the silver chalice engraved with defined runes on the altar in the garden. She poured the spellbinding liquid into it and began to chant the spell she’d memorized.

At first, nothing happened, but like everything else in life, she needed to be patient and persistent. She continued on with the ritual until the potion started to twirl, then churn. It soon glowed a celestial blue.

Peering into the aquatic abyss, she asked, “Reveal to me the means to restore the harmony. The balance must be brought back to the line.”

An image gradually morphed in the chalice. It appeared to be a tall, thin girl with unruly shoulder length red hair who knelt on the floor. She seemed to have fallen and had scraped her knees because blood trickled onto the uneven
concrete.

The enchantress cocked a brow while she curiously observed the scene. Why was the Voyeur Chalice showing her this teenager? The girl was no older than seventeen. How did she fit into the whole scheme?

Knowing that she wouldn’t get more answers until she performed the next part of the ritual, the enchantress raised the chalice and languidly sipped the elixir. The bitterness made her shudder until a transcendent voice spoke to her in her mind.

The enchantress’s eyes glazed over and she remained perfectly still paying acute attention to what was said.

Once the answer and all its details were divulged to her, she lit the candle ending the liturgy.

With leaden legs, she walked back into the building. The ritual had taken its toll on her. She’d need to rest to fully recover. But before she could, she had to send a message.

The kindle needed to be laid down so that the catalyst could catch fire and set off the next chain of events. 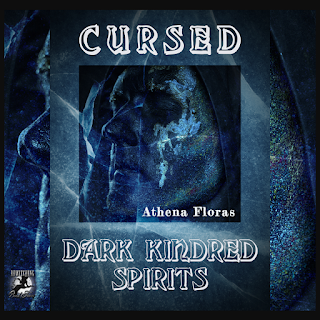