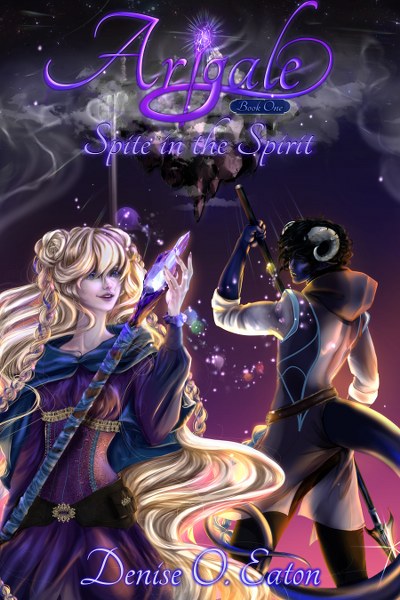 Arigale: Spite in the Spirit

Judith and Chit are called to the lonely tower outside their city with little explanation. The one who summoned them is an old Elven wizard named Maleth, who will send them on a quest to lower their floating city of Arigale to where it once resided. Maleth is intrigued by Judith’s strange form of necromantic magic, yet he is also certain of the anxious young man training to be a spearman and scholar.

Judith, a bubbly yet mysterious young woman, is eager to accept. Chit remains withdrawn and cautious, a remnant of being raised by the Order that presides over their land. Soon, both discover their meeting with the wizard carried dire consequences. Can they accomplish what has been asked of them and save Arigale by exploring the land below, no matter the lengths they must go to?

Judith let go of Jacob’s power and hit the ground hard. She grunted as she raised herself to her hands and knees and placed a hand on Chit’s back. He was breathing hard through his nostrils as they flared, and he gripped the sword he held. The echoes of more footfalls from the hall hit her ears and she grabbed Chit around the waist from behind. Blood soaked into her robes from how wet his own were.
Chit struggled as he heard them approach, but she held tight as her wings sprouted again, and they were both carried into the sky and over the wall of the church. He screamed as he fought against her, “Let me go!”
“No! I’m not letting you get yourself killed like that! Besides, Chinea begged you to leave! Do you really not care about how she wanted to help you?”
Her words struck him mute, and he hung there limp in her arms as she endeavored to carry them both as far as she could away from the church.
Then, as they crossed the barrier that led outside, she peered over at her house from far above and sighed, “Nothing worth keeping from my place anyways. Guess I’m really an outcast now, huh? We can’t head back.” Her words came with weight, but she tried to chuckle to ease up on things. No matter what she said over their flight, Chit remained limp.
Her strength began to give way over the forest at the Edgelands, and she carefully navigated the trees to descend in the thick of it. The sounds and smells here were familiar to her, but also pulled at distant memories. Enough that the darkness of the trees unnerved her. Life sprang back into her staff with her sister’s green glow. The light was helpful to check on Chit for wounds.
“I can’t see much with this heavy robe,” she muttered to him as she leaned him against a tree trunk. “I’m just going to remove the top layer, ok?” She waited a moment, but he didn’t even blink at her. As the long robe that swallowed him was lifted up over his head, she could see the wound to his shoulder more clearly. It was already crusted into his tunic, which she wasn’t even surprised was also black as night, as were his pants. Her hands traced him along his sides checking for broken bones or any sign of a pained reaction, until she hit his legs and he threw his head back into the bark with a sharp hiss.
“Dammit!” He hollered and drew his legs back closer to him.
“Sorry! Sorry!” Judith winced and stretched her legs out in front of her. When Chit saw the arrow still sticking out of her leg, he hunkered down and turned his head away. Judith pressed her lips into a firm line and gripped the shaft. The injury was only as deep as the head. She took a breath and ripped it out with a muffled scream into her sleeve that made him shrink even more.
“I-I… should have b-been looking out for you b-better.”
“You weren’t even looking out for yourself that well. I get it.” Her voice trailed off into the sounds of nature that surrounded them. Crickets, owls, and frogs were abundant, far more so than anyone in the city limits ever heard unless they worked the land in the daylight. With her sister’s help, she could even hear a stream not too far away from them under the chirping of insects.
“Still, I-I…” He folded in on himself as his tail wrapped around him and covered up to his waist.
“It’s alright. There’s water near. I can try and support you, but I’m limping myself. First, we should try and clean these wounds out.” She kept her voice soft as she hoisted his arm onto her shoulder. “Like you helped me before, ok?”
“This is more than th-that,” he whispered, and she patted his back. Then, before they could move an inch, new noises caught her off guard. The grass crumpled, a flicker of a small flame, and someone’s breath that wasn’t their own filled the night. 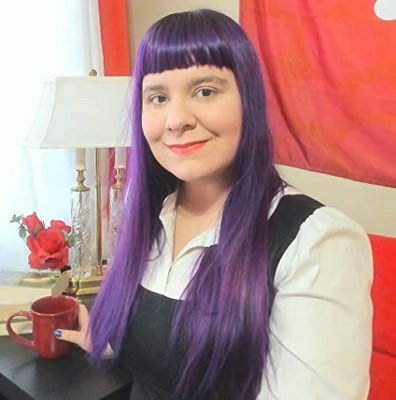 Denise O. Eaton grew up in a small town in southern Missouri, and from a young age, she chose fantasy literature as a means to broaden her horizons within her rural community. Following this passion and wishing to give back to others, she went on to earn a degree in Creative Writing from Webster University in December 2014. The Arigale series is her first foray into publishing, and she has been working on it since 2019. When she isn’t writing she enjoys meeting with her Dungeons and Dragons group, watching fantasy and anime shows, practicing tarot, or planning her next cosplay costume. 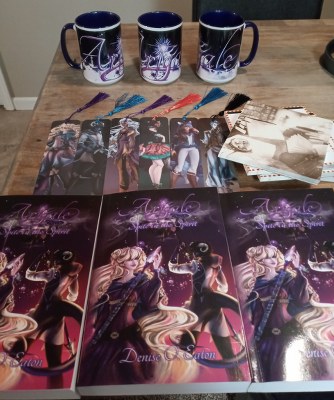 Swag Pack with a signed paperback of Arigale: Spite in the Spirit, a mug, tea, baked goods, candles, a notebook and bookmarks – 3 winners!

5 Replies to “Spotlight & Excerpt – Arigale: Spite in the Spirit + Giveaway”